As you know, I’m pretty preoccupied with horizontal stripes on this blog. If you didn’t know, here’s proof:

I even have a Pinterest board called Great Stripes for D Cups and Up.

So today I’m adding three more resources to the mix. First is Karen Hughes’ latest post on her StyleYOUniversity blog: When a Nautical Stripe Goes Wrong. She doesn’t only show you the wrong, but also the right–and I’m willing to bet that her client providing the example is at least an F cup, which makes it even better for Hourglassy‘s full bust readers. Karen highlights 5 factors to pay attention to when considering stripes:

Second, the 2012 BBC Amateur Scientist of the Year award was given to a woman who set out to prove that horizontal stripes really do make us look wider. Instead of using 2D drawings, as a researcher did in 2008, Val Watham showed videos of models to 500 people who rated how tall and wide the models looked in each outfit. Her findings showed that “horizontal stripes make people appear wider, while vertical stripes make people appear taller,” and that “models who wore all black outfits were deemed to be the slimmest of all”. However, I would be very interested in a study that took Karen’s 5 factors into account.

Finally, as further proof that all stripes are not created equal, take a look at this Striped Ponte Sheath Dress that I tried on a Ann Taylor this morning. 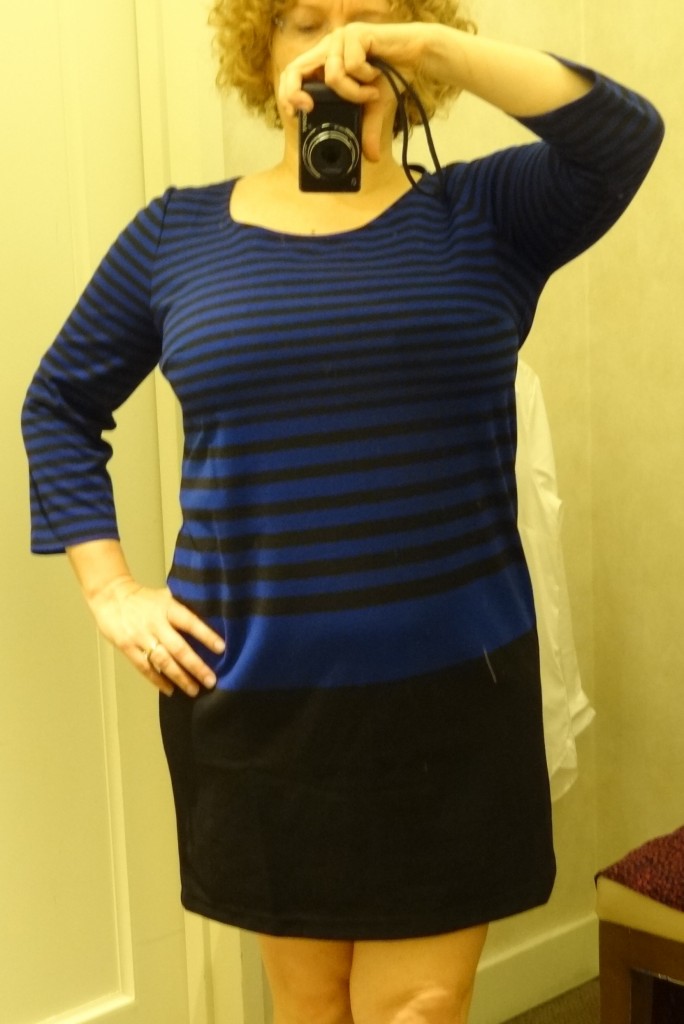 Of course it was the neckline and sleeves that attracted me to this dress (not too much fabric), and the fabric has a nice weight so it passes Karen’s fourth criterion. I also think that the size of the stripes over my bustline is fine.Â  What takes this dress out of the running for a gold medal (or even a silver or bronze) is (1) the larger stripes around my middle make it appear wider (isn’t this fascinating to see?); and (2) the fit is too baggy.

From the side, you can see that the bust dart is too high on me in my Fantasie 4520, although that may be able to be remedied in my Fantasie Rhiannon. Also, the dress does one of those shapeless waterfalls from bust to hem. If you try this dress and it works on you, PLEASE send pics! 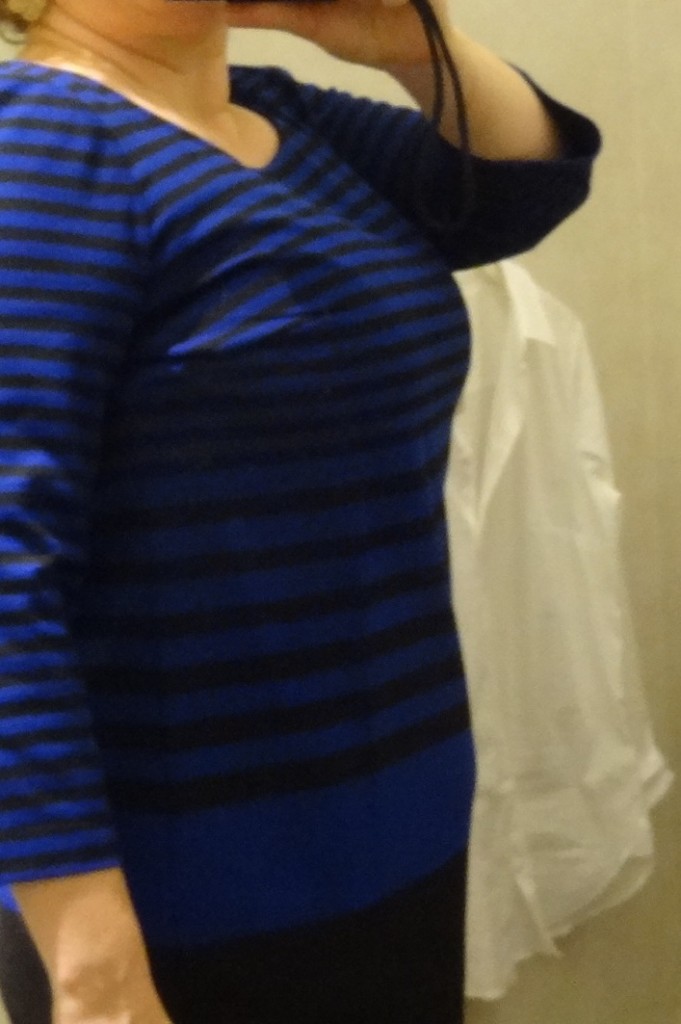 You’ll be happy to hear that my trip to Ann Taylor wasn’t a waste–I found two other great dresses and cardigans that I’ll tell you about soon! None have stripes, however.

4 Comments on Big Busts and Stripes Forever? Not Necessarily