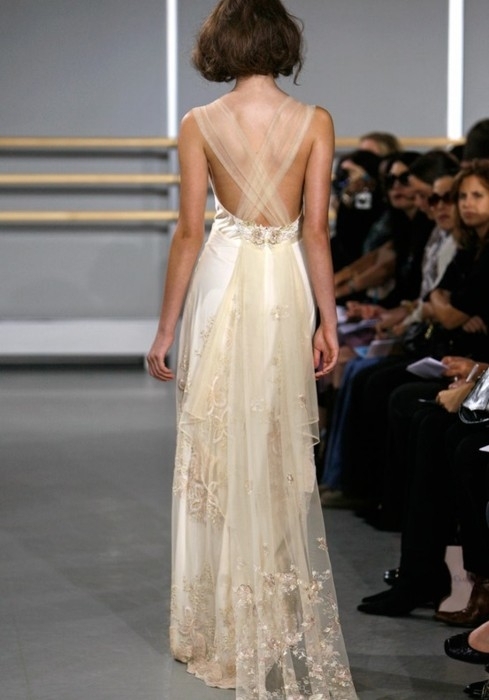 Such an ethereal back.Â  Those of us who wear G cups and up can only dream, which is why I pinned this to my Clothing Wish List board (if you’re on Pinterest, let me know (1) how to follow you and (2) if you’d like to be a contributor to this board!). According to a conversation I had with Bra*Tenders‘ Lori Kaplan last year, F cups are the limit for backless dresses. Since Bra*Tenders serves the Broadway crowd, I had always hoped they would have a magical solution that would make Kate Hudson’s backless How to Lose a Guy dress possible for us. It was a sad day when my hopes for complete backlessness were dashed, and I hope I haven’t put your Monday off to a bad start by sharing this news with you.

Even if some of us can’t go truly backless (unless we plan to go braless), a little back interest is a nice way to balance all the front interest we have. I’m going to post more about this in the future. However, today’s post is actually about back posts of Hourglassy from one, two and three years ago. Get it–back interest?

In March 2009, I was all about researching shirts available to us:

Around this time last year, you

7 Comments on Hourglassy Back Interest