Hey readers, I’m back from my honeymoon to Yellowstone National Park! We saw tons of animals (wolves, coyotes, foxes, bighorn sheep, elk—a million bison), got up before sunrise nearly every day to squeeze in as many activities as possible, and enjoyed all sorts of winter fun—cross-country skiing, snowshoeing, snowmobiling, and visiting the otherworldly thermal features in the park. It was amazing.

While on the trip, I had planned on piggybacking on Darlene’s recent post about discovering her core wardrobe through travel. But since all I wore every day was a bunch of thermal layers and a down coat, my “core” wardrobe consisted almost exclusively of winter gear—not very helpful. However, I did wear one busty item every single day, and that was my Panache sports bra.

I know I’ve written about this bra before in a conventional review. But I think my original review was a little mixed, and at this point I absolutely love these bras. I now own three, and it seems like every season Panache comes out with another color that I adore. I’m currently lusting after the lime colorway from last year and the new magenta with black trim. But I don’t think I can justify owning five of these babies, especially since they don’t fit in my bra drawer and have to live in a pile in my bedside table’s open cubby. 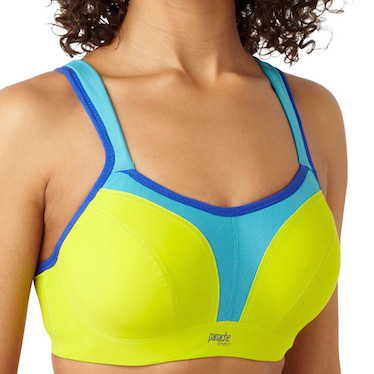 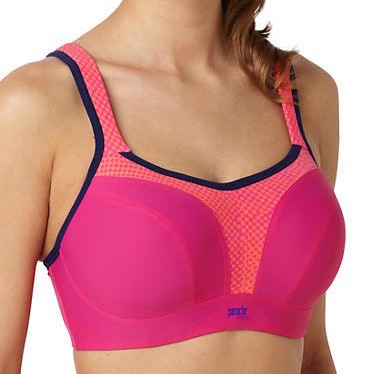 I wore them every day of the trip because I wanted to be strapped down during strenuous activity, avoid boob bounce on a snowmobile or bumpy snow coach ride (a mini-bus outfitted with treads instead of wheels, for driving over snow), and also take advantage of the bra’s general comfort.

Well the comfort was definitely the best part! Unlike most of my regular bras, I completely forgot I was wearing it at all. The sweat-wicking capability was also stellar. One of the worst things you can do in cold weather is get overheated. As I understand it, since sweating cools your body, becoming sweaty can actually lead to hypothermia faster than if you were just a little cold. Of course, it wasn’t even that cold while I was there (only a few degrees below freezing most days, while back in New York it was barely above zero [Fahrenheit]) and there was no threat of hypothermia.

But when we went cross-country skiing and worked hard enough that our thermal underwear got sweaty and sticky (pleasant!), I was nice and dry on the skin under the bra when we finally finished.

Further, on a more vain note, I really, really appreciated the fact that the Panache Sport doesn’t hide or even minimize my breast size or shape. If I have to be swaddled in several layers, I’d prefer to maintain at least some semblance of my figure, and this bra let me do it while still being practical.

Aside from my Panaches, I did also pack three other normal bras. Well really I packed two and wore one on the plane. I guess you could say the two I packed are my “core” styles. It was the Fantasie Molded Smoothing Tee Shirt bra and the Ewa Michalak S Bambino.

The Fantasie is a core piece because it’s the smoothest tan/nude bra I own. I always, always bring one with me so I don’t have to worry about print or seam show-through. The Ewa S-style, on the other hand, gives me my favorite profile. If I could own every single S bra that Ewa makes, I would be a happy camper. It’s slightly more open than the CHP and has slightly better uplift than the PL, the other two styles I own.

As for the one I wore on the plane ride, well for that I just wanted something really light and with a non-pinchy band. The one I chose is a bra I never even got around to reviewing on here! It’s a somewhat generic Gossard full cup lace bra, pictured on the left here: 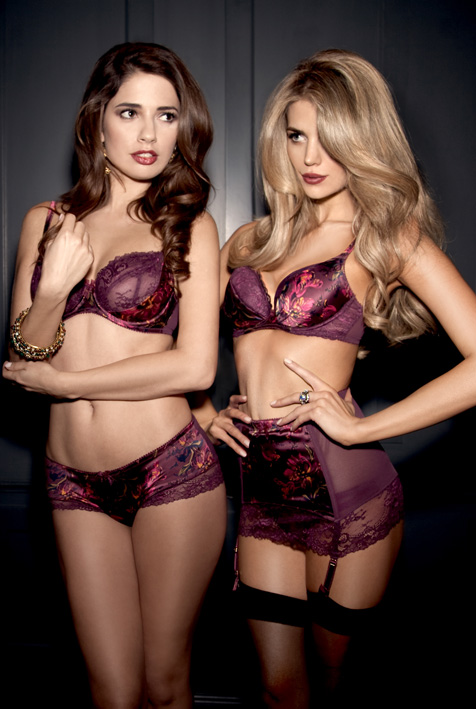 I find that Gossard runs small in the band and a little small in the cup, so I size up from 28G to 30G. With this one, the cup is a bit big on my smaller boob, but perfect on the bigger one. It’s smooth, non-itchy lace with a satiny, floral-print side sling to keep everything tucked in. What I really like about Gossard bras, though, is the back of the band: 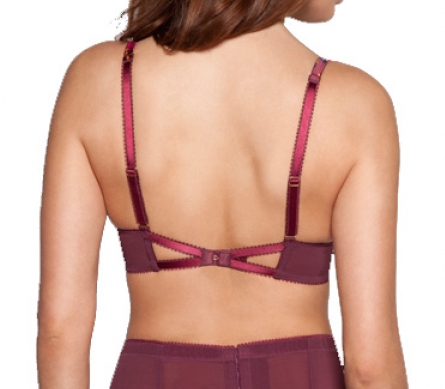 This thing is so cool looking! And also really comfortable when I want a band that won’t dig into my back while wearing a backpack or being stuck in the uncomfortably upright seat position on the plane. It’s maybe not quite as firm and supportive as a normal bra band, but I really like it anyway. I’d love to get more Gossard bras, in fact, but most of the time I’m not thrilled by the design, and non-padded ones are few and far between.

4 Comments on Off the Rack ~ My Core Bras