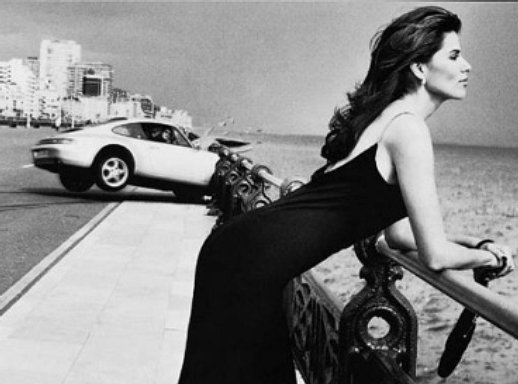 Before I get started on the topic in the title, I want toÂ  say THANK YOU for your responses to last week’s survey.Â  You’ve given Leah and me so many helpful insights. I’ll be sharing some of them in the weeks ahead, but today I want to discuss one issue at the top of my mind when I posted the survey: whether to keep publishing Curve Cam posts.

Even before the results came in, a comment from ContraryKiwi last week had me reflecting on the purpose of the Curve Cams:Â  “I suppose I donâ€™t really understand the point. Is it ‘donâ€™t make the same mistake as this woman’? Is it ‘see how common poorly fitting bras/clothing is’? I donâ€™t know.”

Back in 2010, I stated that my reason for posting Curve Cam pics was “to present you with fashion examples from the woman on the street“.Â  I still like this goal. Like many of you who notice the fit of a woman’s bra wherever you go, I now notice the fit of her bra plus what she’s wearing over it. All. The. Time.Â  Living in New York City, I see good and bad examples of how to dress big boobs every time I step onto the subway. For instance, simply traveling to a doctor’s appointment in Manhattan early last Wednesday morning, I kept seeing things that I wanted to share with you! And then I’d think, “But wait! I may not be posting Curve Cam pics anymore.” That’s when I realized what a habit it’s become.

Another reason I began the Curve Cam posts was to highlight the big bust challenges that we all share–such as a too-small triangle top. It’s a way to say, “See? You’re not alone.” Of course now there’s a much better forum for that in Busty Girl Comics.

Unfortunately, I have to confess a third reason for the Curve Cam posts: entertainment. Some what-not-to-wear examples are so extreme as to be caricatures, such as the too-small triangle top that I link to above, or the neon pink bra under the too tight and too high-necked sheer white top that I posted on the 4th of July.Â  Although ostensibly “educational” or “we’re all in the same boat”, the subtext is actually “None of us would be caught wearing that, would we, ladies?” For posts like these, I agree with these comments from the survey:

1.Â  I actually don’t care for curve cam because it seems to veer a little close to mean for me. If it were just pictures of “dos” I would like it a lot better. I would like more emphasis on the positive and less on the negative.

2.Â  I feel that the curve cam is really invasive and a bit rude. I would be upset to see my picture up in this segment and I feel that women are hard enough on each other as is. While I can see that you try to be as tactful as possible, I think there is an undertone of judgement and disapproval at the way these women dress which it is not our place to judge.

3.Â  I find the Curve Cam posts snarky and judgmental, and I generally dislike internet commentary on the personal appearance of people who haven’t consented to have their photograph taken and published on the internet – even if their face is obscured.

Points about being mean, judging and snarky taken. And thank you for making them so graciously. Hourglassy readers have always been thoughtful, considerate and accepting in their comments, so I’m pretty chagrined to be the one found promoting snark here!

Regarding surreptitious photographs, however, I’m 85% persuaded to stop posting them. I’ve been wondering how I would feel if I discovered a picture of myself used as an example on someone else’s blog post, and I have to admit that I would prefer to be given the opportunity to consent.Â  I like the approach ofÂ the Underground New York Public Library blogger, as described in a recent Wall Street Journal article:

On her website, she writes that taking photographs of people without their permission is â€œnot wrongâ€ legally. Ben-Haim also says that she never hides her camera, answers questions from those who notice what sheâ€™s doing and discards photos if she thinks the subject would find the result unflattering.

If only I blogged about people reading books on the subway! Do I hide my camera? Yes. Do I answer questions from others who notice what I’m doing? No (so far I’ve only received a few quizzical looks). And of course you’ve seen photos I’ve taken that a subject would find unflattering.Â  Here’s the problem: even for a “this looks great” photo, how likely isÂ  a woman to consent to a photo by a stranger who says it’s for a blog about having big boobs?

I’m ready to put Curve Cam on the shelf for now, although I may resurrect it as a positive-only column sometime. I will also limit my use of stealth photographs for now. However, I’ll likely keep taking them on the chance that they may someday illustrate a point I want to make. If I use them to illustrate a point, I’ll be careful to scrutinize my motives and to be sensitive in how I present them.

Last January’s “bikini post” demonstrates the complexity surrounding the use of this tool. Astrid, an H+ blogger whose opinion I highly respect, mentioned at the time that “. . . the candid camera leaves me a bit uneasy. I for one would feel mortified if I was one of the women featured and found my picture on the Internet as an example of a ‘not so perfect body’.” While I agreed with her, I wanted to share the imagery that caused me to be more accepting of my own “not so perfect body”, and this survey comment from another Hourglassy reader makes me glad that I did:Â  “[Y]our post on ‘real bikini bodies’ inspired me to get one! Seriously, it pretty much single-handedly jump-started that aspect of my body confidence.”