Last March, I blogged about finding out my true bra size was a 36 HH when I was fitted in the Matilda by elomi. I purchased my first Matilda bra and then was gifted two additional ones in the colors black and petrol from Eveden last spring. 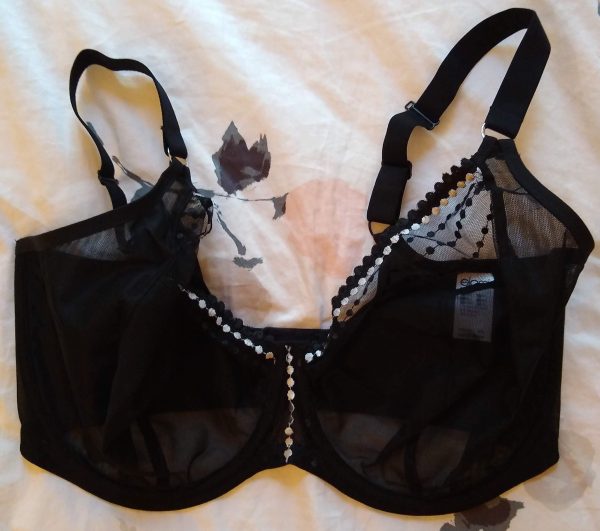 Half a year later how are Matilda and I getting along? The answer is great. 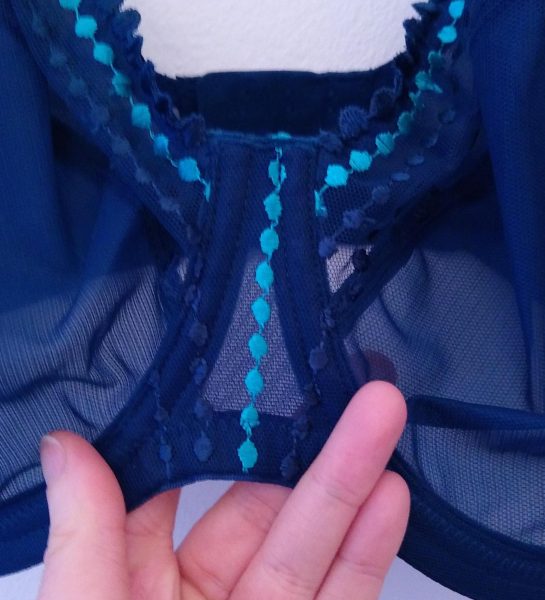 The Matilda comes in band sizes 32 to 46 and cup sizes DD to JJ. It is made of a strong power mesh with dotted multi-colored embroidery on the front cups and gore. The decorative embroidery does show under thinner jersey dresses. 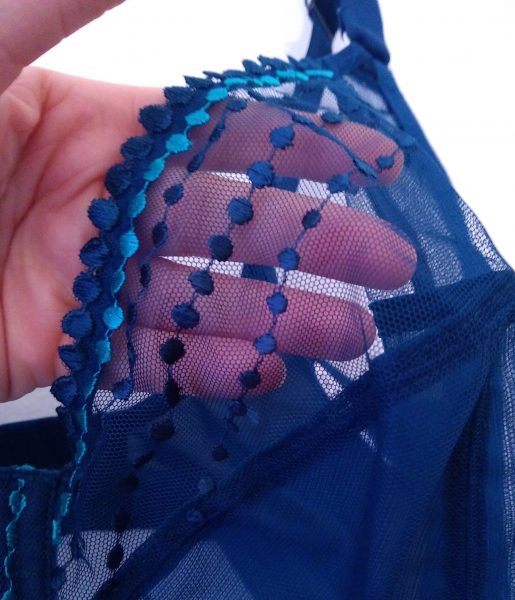 The back can be converted into a racer back. I only used the racer back hook once and didn’t find it comfortable, however I have broad shoulders and it might be more comfortable on someone with slimmer shoulders. 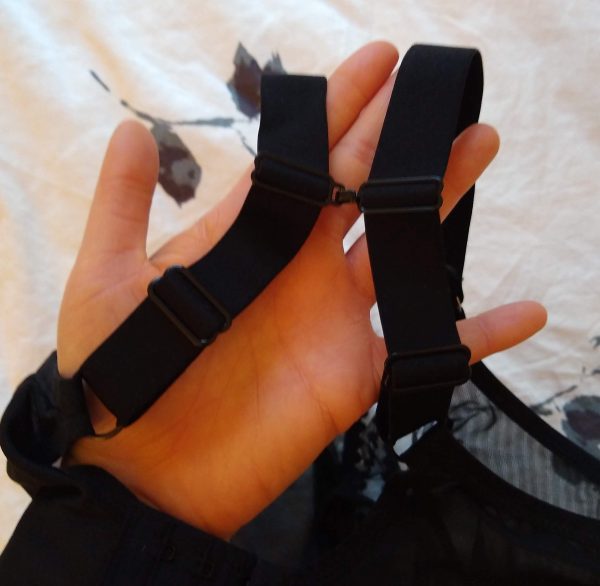 In the late summer, I was starting to question if Matilda and I were going to work out as I had some issues with chafing. I now think this was from the humidity of August/September in New York City and also using a cheaper laundry detergent. I’ve gone back to using Woolite Gentle Cycle and stopped having skin issues (I hand wash my bras in the bathroom sink after every two wears). 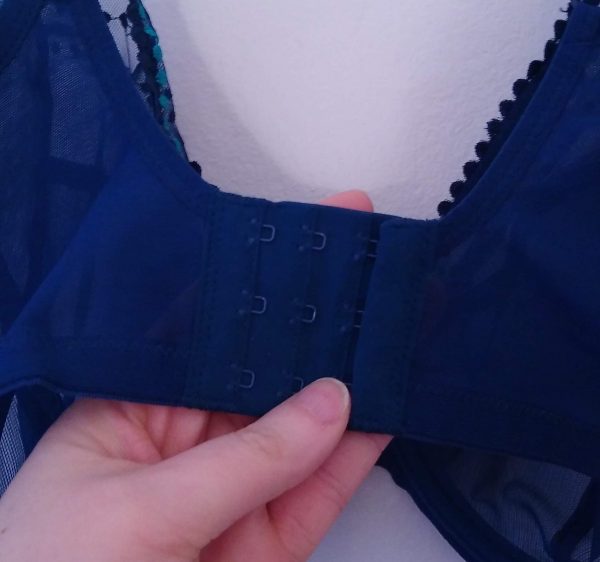 I am now wearing the hooks on the tightest setting as the bras have stretched out a bit. After eight months of mostly alternating only these three bras they have held up incredibly well. The elomi Matilda retails for $69.