We mentioned Tatyana twice last week (at the end of my big bust clothing survey and in Leah’s skirt and top reviews), so when I discovered it was only two blocks from the lingerie popup shop I was already visiting, I took it as a sign that I had to visit. I only planned to try the Snuggle jacket and the same All Aboard top that Leah reviewed, but I fell in love with two dresses that eclipsed the jacket and top, so I’m relegating them to the bottom of this post.

The Don’t Cross Me dress is my best find, and I only tried it because a much shorter, curvier customer tried it first and looked amazing in it. 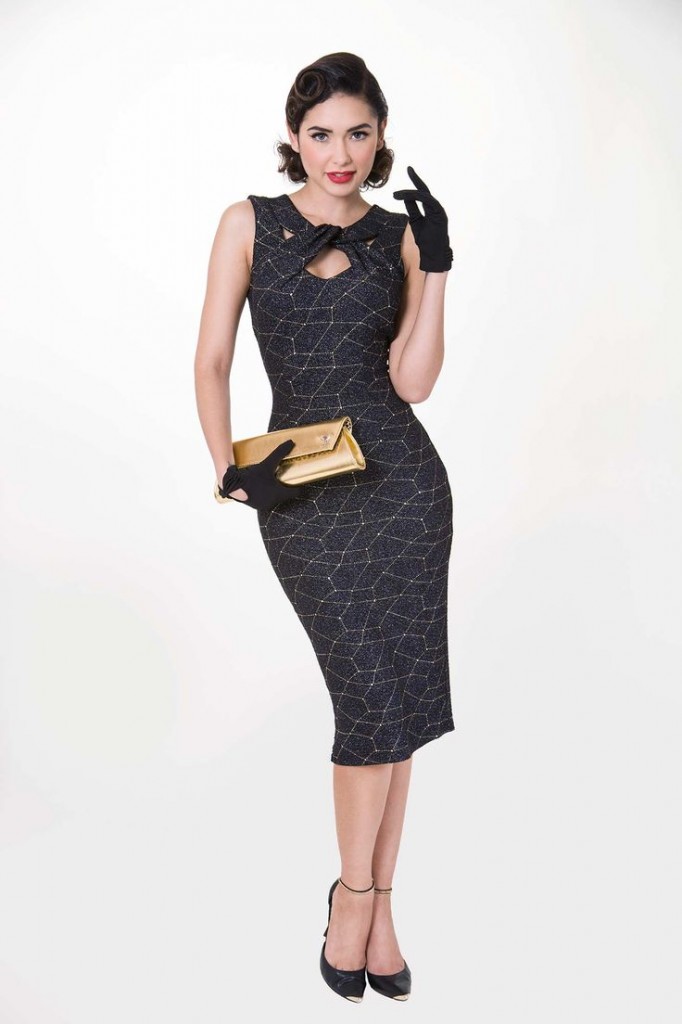 It turns out that this is the kind of dress that looks good in a different way on every woman who wears it.  It’s super stretchy to accommodate a large bust, and it has flattering seams down the waist in front and in back. I’m wearing the size large below. 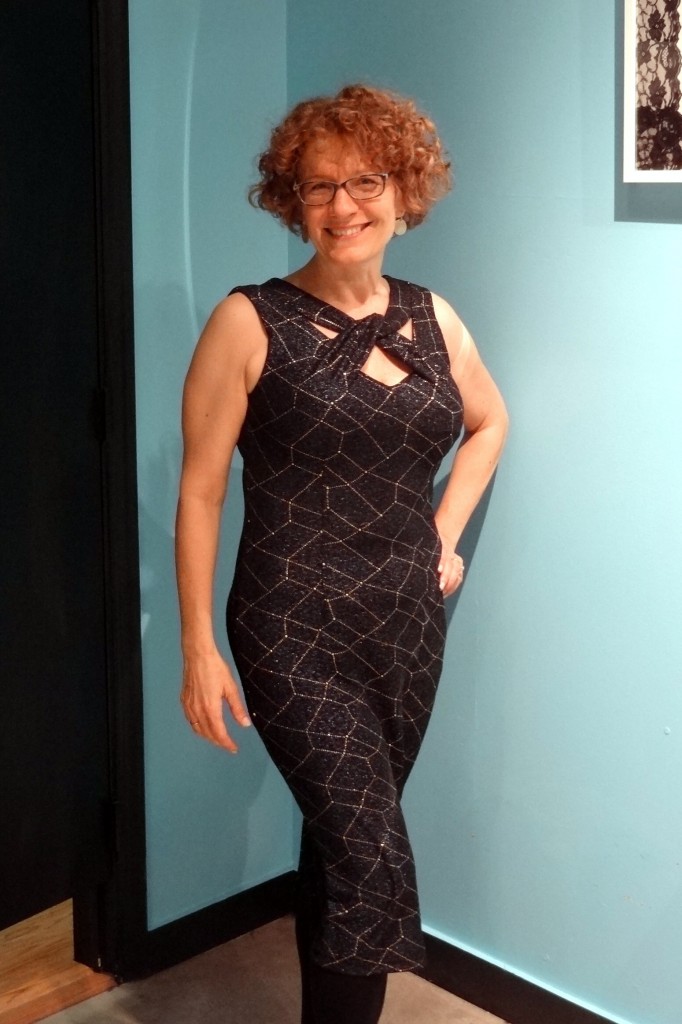 Some would consider the super sheer fabric to be an advantage–it’s so light that you have to check to make sure you have clothes on!–but I wouldn’t pay the full $130 for it, so I’m excited that it’s on sale for only $60 right now. Besides requiring a slip, such thin fabric also displays every bulge. Fortunately, I’ve found a brand new solution to solve both problems at once, and I’ll share it with you after the next dress.

The Imagination dress was my favorite. It has elbow-length sleeves and a super flattering scoop neck, and it isn’t black! 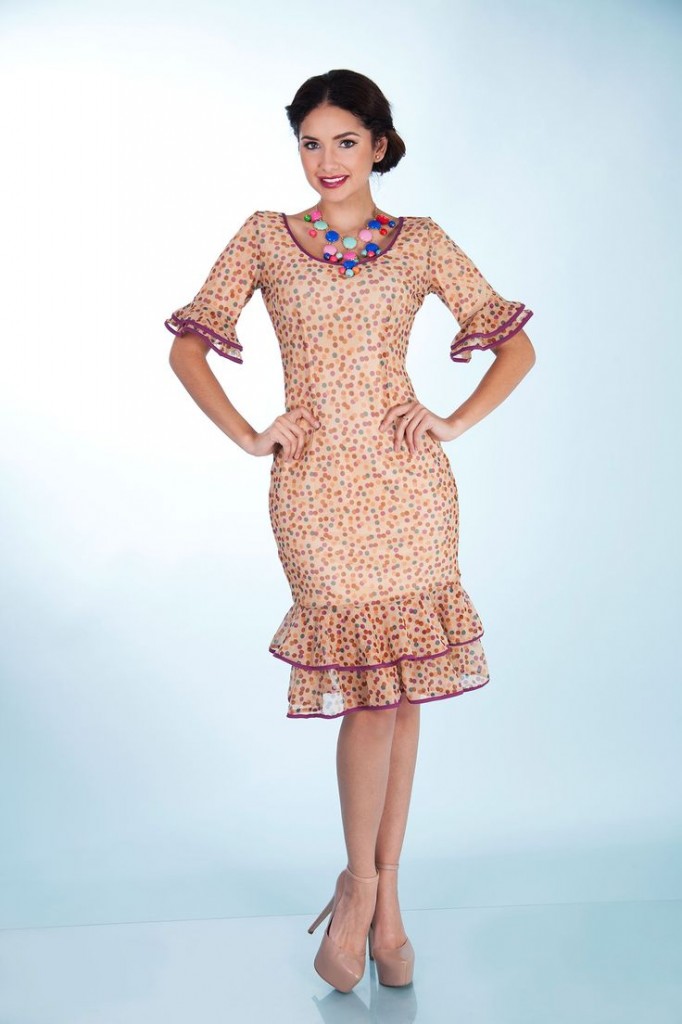 I thought Mr. Campbell would love it so much that I’d return to purchase it for Valentine’s Day, but when I showed him the pictures of me in it, he pronounced it “too flouncy”. I guess I can see what he means, but I still love the idea of this dress. 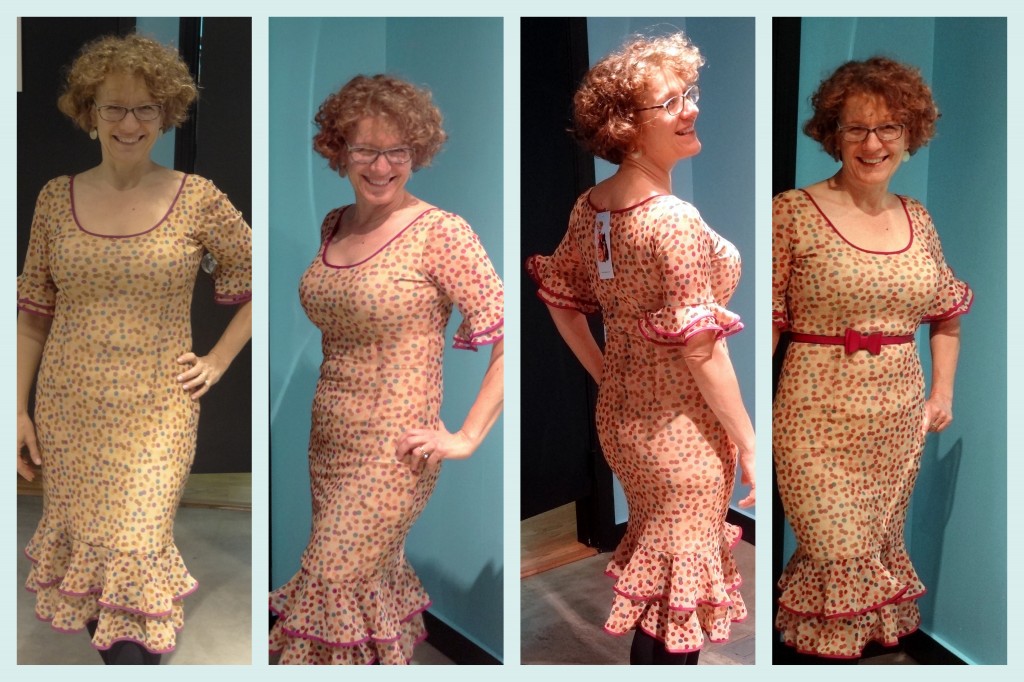 I tried the size large first (far left), and then went down to a medium. There’s even a purple bow belt that perfectly matches the piping on the neckline and ruffles. The friend who came with me and took these photos insisted on placing the belt much higher than I normally would–she said this was my natural waist, and I think she may be right. I prefer an uninterrupted torso, but I was surprised to like it with the bow belt, too.

This dress is a mesh overlay over a solid base, so it doesn’t necessarily need a slip, but you can see some indentations around my tummy, so I would want to wear something smoothing beneath it. That’s where the solution comes in that I mentioned above: Bumbrellas . . . the “no-squeeze panty slip”. 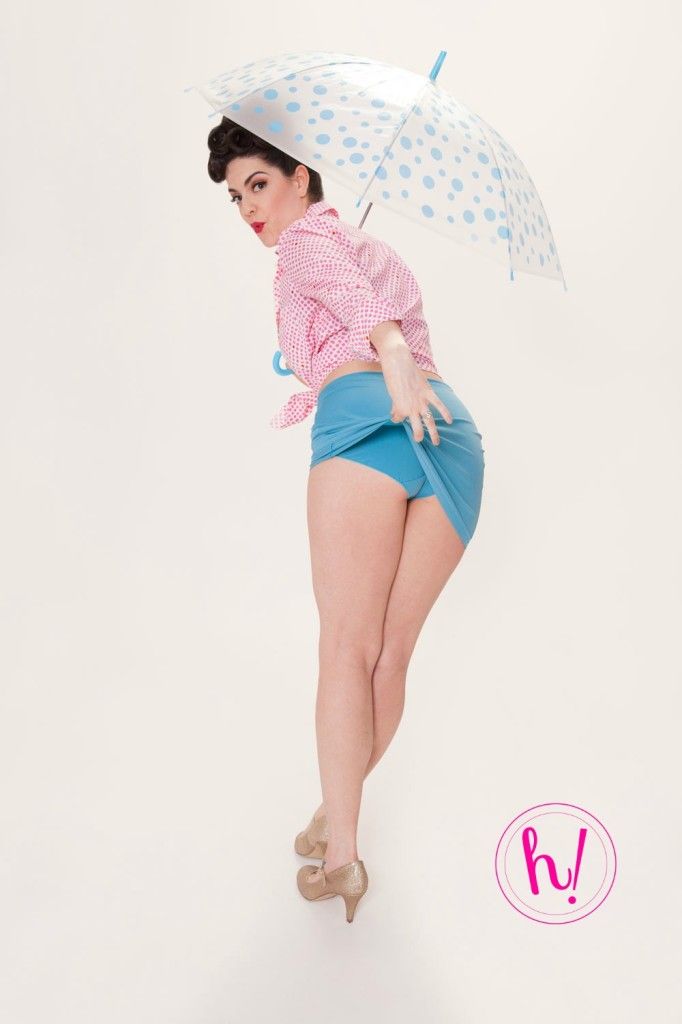 I haven’t tried it in person yet, but I did get to study it at the lingerie popup shop where I met Tara Gallagher, Bumbrella’s founder. 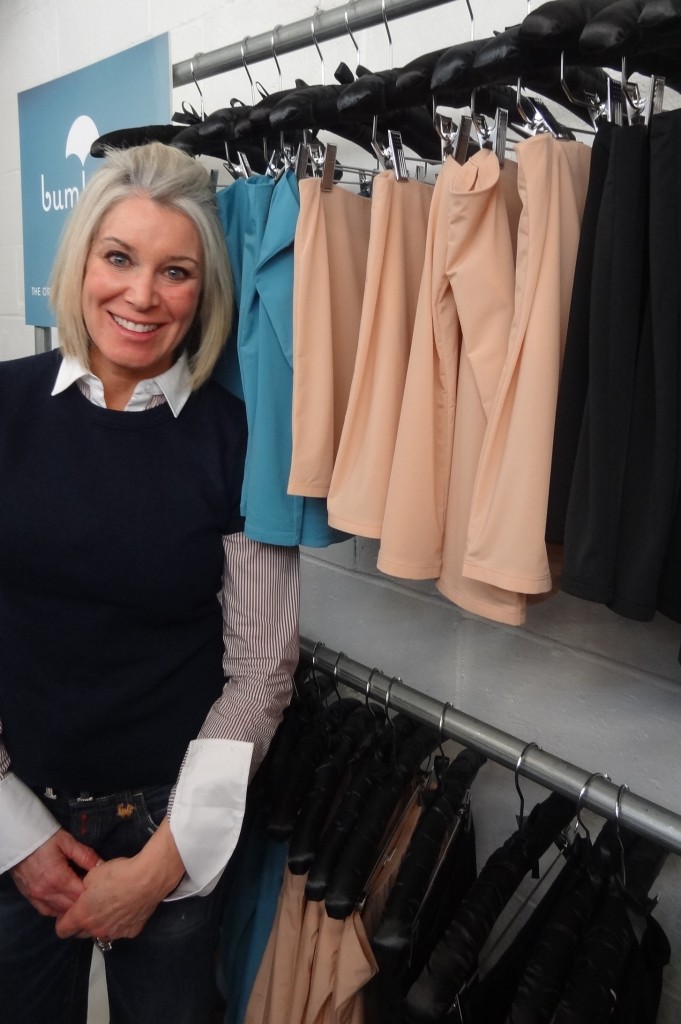 The quality looked great, and the concept behind it–a smoothing slip that you can wear under sheer dresses without the bother of two waistlines–sounds perfect for the Tatyana dresses I’ve written about today. If you want to read more, check out the Bumbrella review on Hurray Kimmay.

Finally, let’s get back to my original reasons for visiting Tatyana: the All Aboard top and the Snuggle jacket.

I first tried the All Aboard top in medium, but it was too bulge-y on me, and the keyhole way more revealing on me than on Leah, so I went to the large, which was slightly smoother. The only negative was that the bust and waist darts now fell noticeably lower. However, the fabric feels amazing, and even though I don’t like puffy sleeves, these weren’t restrictive at all. I’m wearing the same bra that Leah wore for her review, but in a 32FF.

The Snuggle jacket was my biggest disappointment. I was really hoping for something similar to the wonderful jacket I showed you in 2013, but the quilted fabric was too bulky to make it work. The design in back is adorable, except the quilted fabric actually caused the gathers to stand straight out from my body when I tried the size medium. I’m wearing size large below. Perhaps a size 1X would have been better, but I didn’t love it enough to try. 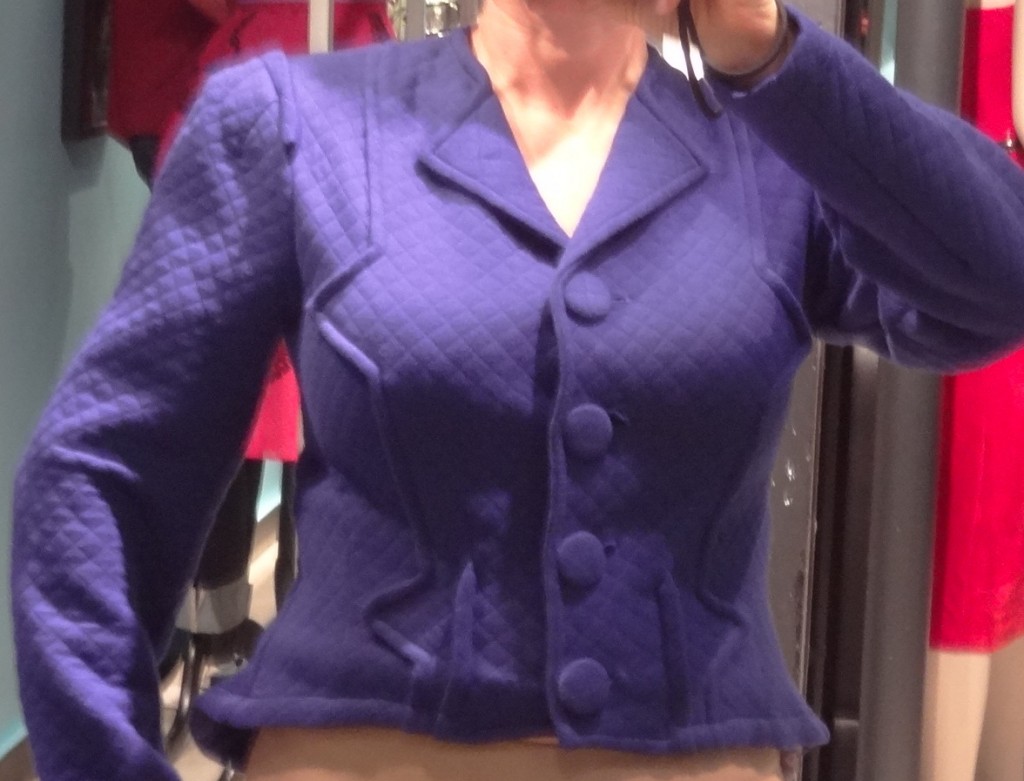 Even though the jacket was a bust, everything else that I tried shows that Tatyana still deserves its place on Hourglassy‘s Clothing for Big Busts page.