As you may recall, I had pretty good success with two skirts from British brand Collectif earlier this year. As such, I’ve been eager to try one of their dresses. When they recently had a 50% off everything sale, I went with the Polly gingham shirt dress. 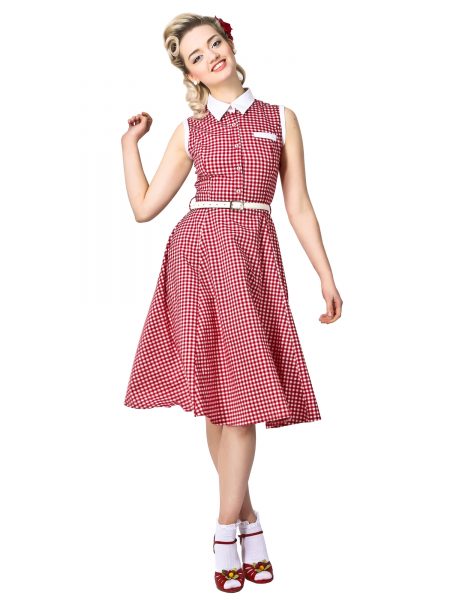 I was planning on ordering a 12, which is what I took in the skirts, but on the morning of the sale that was the only size that was sold out. I debated whether to size up or down. I ended up sizing down for three reasons: 1) The waist of the two skirts I have is actually a little big; 2) the fabric is the same 97% polyester and 3% spandex blend as the Agarva skirt, which is quite stretchy; and 3) the size chart says size 10 fits bust size 36″-38″. At 37″, that should suit me just fine.

Unfortunately, the size chart is way off. I don’t know if it’s this way across the board or just with this one garment, but the bust was hopelessly small. I could just barely do up the buttons and then it was flattening me out and straining horribly: 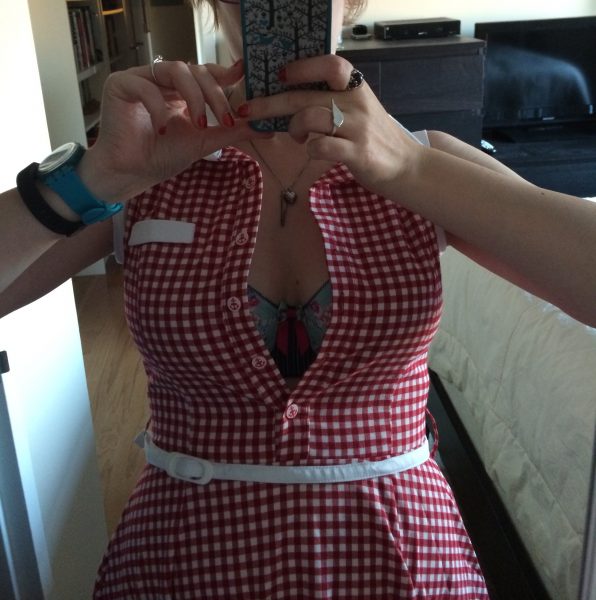 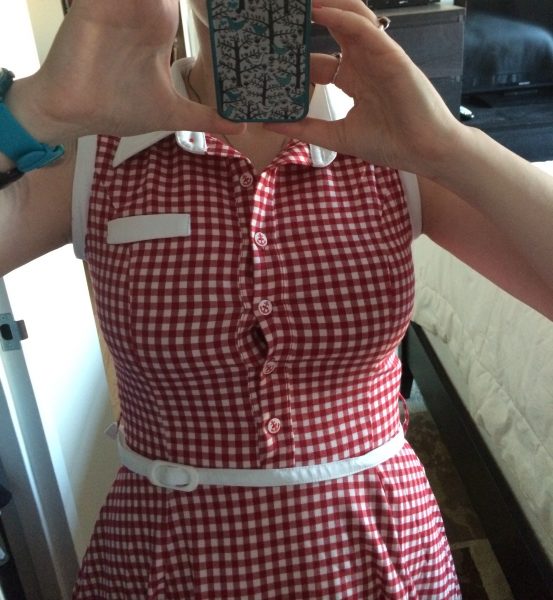 I was especially frustrated because my real concern had been with the waist, which the size chart says should fit 28″ and I’m 29″. But it fit perfectly there! Additionally, I had actually called Collectif before ordering, told them my measurements, and asked if they thought a size 10 might work. They expressed concern that the waist might be uncomfortably tight, but said nothing about it running small in the bust. The website also doesn’t say it runs small in the bust, so one would assume that the size chart is accurate.

When I measured the dress, though, it wasn’t even close: 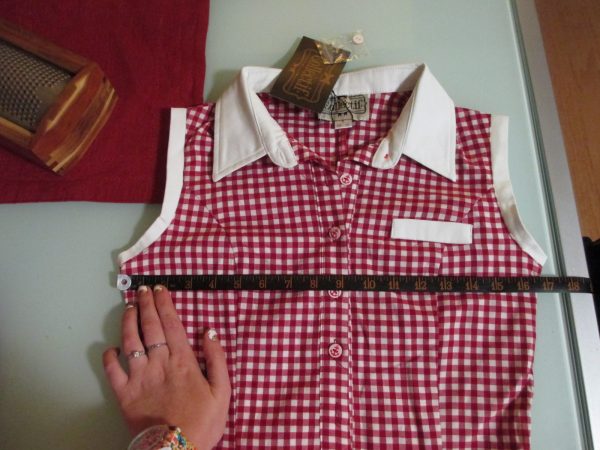 It’s less than 17″ wide at the bust, meaning about 33″ around—5 inches shorter than the size it’s supposed to fit! 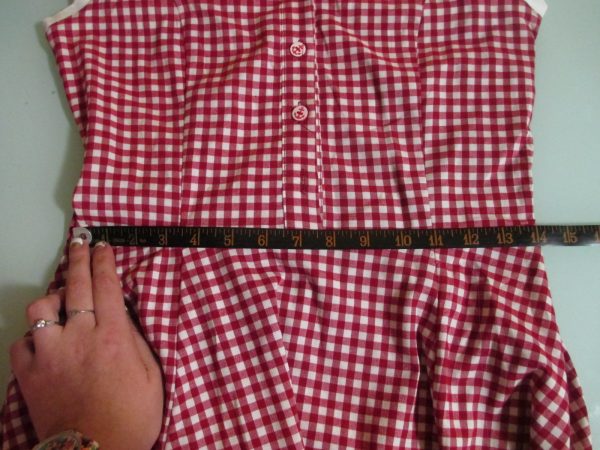 I don’t understand why Collectif is listing a size chart that is so far from reality. Why don’t they just be honest?? Had I known the real measurements, I would have simply ordered a size 14 and taken in the waist. And by the time I received my order, 14 was also sold out, so an exchange was not an option.

I sent a rather angry email to Collectif, complete with photos, and told them I thought they should be responsible for the return shipping, since it was their fault I ended up with a garment that doesn’t fit. They did refund me for the dress and the return shipping, but I’m still pretty pissed because they don’t refund the original shipping, so I basically threw $22 out the window trying a dress that had no hope of fitting. I will never buy another Collectif blouse or dress again unless it’s second-hand and the owner has real garment measurements. How can anyone buy from them if the size charts are wrong?