It’s been a year since my last Comexim order, and I’ve been clamoring for more of the Polish brands bras the whole time. Recently, a group of friends from around the US and I made a big order together in order to save some money on shipping. It was a bit of a process, since we needed them to ship the bras in separate packages each with a value of no more than $200 in order to avoid getting hit with customs fees.

But since we were making such a big order, they ended up giving us a bulk discount and we saved even more money in the end, so it was definitely worth it!

The three bras I selected were Free Time, Jacqueline, and Eris. The style and fit is the same across all three: fully adjustable straps, two rows of hooks and eyes, and lightly padded three-part cup construction. Though Comexim will customize their bras with reduced cup height, reduced or raised gore, etc., I just bought them all as-is, in size 60J, which is the equivalent of a British 28G or GG.

These fit much like the last Comexims I ordered: Very narrow wires, very deep cups, with a profile that’s super rounded, uplifted, and brought together in front. There are a few details that are ever so slightly different, though.

The band definitely feels tighter than the other 60 I own. It’s still not as tight as Ewa Michalak, though, and I don’t feel the need for an extender, so I don’t think I need to go up to a 65. Plus the bands are pretty stretchy and my last ones stretched out a lot after getting plenty of wear. So I still believe the 60 is right; it’s just rather pinch-y right now.

I also feel like the cups are a bit bigger. The volume still seems right. I’m pretty sure going down a cup would be noticeably too small. My last Comexims had a tiny bit of gaping along the top of the cup, especially on my smaller boob, and with these three that gaping is now more pronounced, including on my bigger side. It doesn’t seem to affect the look under clothing, but it has a bit of a deflated look without a shirt unless I’m standing totally straight and rigid.

Now, on to the fun part–photos!

First up is Eris, a most unusual cutie: 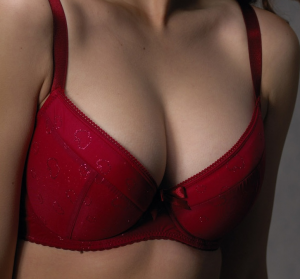 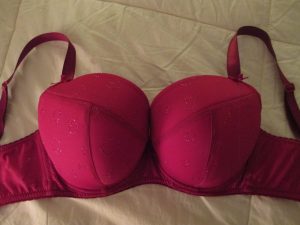 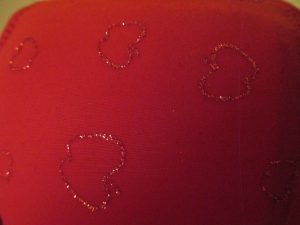 As a resident of New York City, The Big Apple, I’m a big fan of subtle apple accessories, and this bra is a perfect example. My only concern is that the glitter is going to fall off over time. It’s actual glitter affixed with some kind of glue, not mere thread with minor sparkle. I’m wondering if tracing over all the apples with liquid fabric glue or clear nail polish would be a good insurance policy against shedding.

I do like the fact that the glitter tends to grip the fabric of whatever shirt I’m wearing over it. It’d be great for deep V or wrap tops that ordinarily slide around and show off more chest than you want.

Eris’s straps are fully adjustable and the band is a double layer of soft, stretchy microfiber-like fabric. I love these non-mesh wings! Since the straps are quite smooth on both sides, I’m a little concerned that they may not stay in place. But I’ve worn it twice already and so far so good.

Like most Comexim bras, Eris has a big bow in the gore. I’m not really a fan of these bows. For one thing, my boobs are close-set, so they tend to swallow the bow between them. And for another, the large size sometimes peeks out of lower cut tops. I think I’ll probably just remove this one. The little bows on the straps can stay, though, as they give this monochrome bra just a little more visual interest. 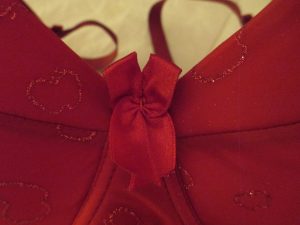 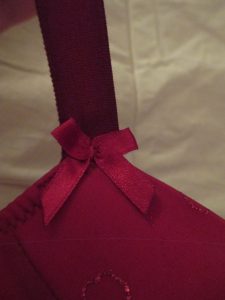 Oh, one last thing I just noticed: Comexim’s photo of Eris shows a little scalloped trim along the cup edge, but in real life there is no trim! Their photo also doesn’t show the bows on the straps. How weird. I can’t say I particularly care, though.

Next is Jacqueline, which I’ve wanted ever since I placed that first order a year ago. I can’t believe they’re still making it all this time later! 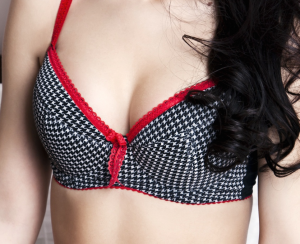 I do love a good houndstooth, especially paired with a hit of red. This isnt even my first bra with this pattern, though technically Jacqueline is not a true houndstooth, its more of a wiggly checkerboard. This is real houndstooth:

Again you may notice some subtle differences between the manufacturer’s photo and the actual product: 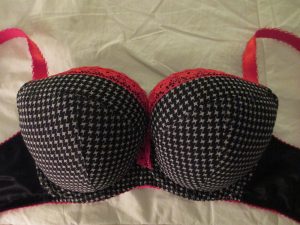 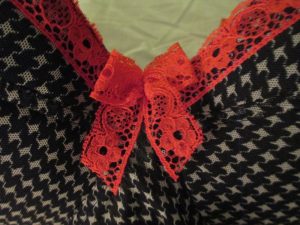 The pattern in real life is much heavier with the black, almost like a little white pattern on a black background. I do confess I prefer the Comexim photo, but not enough to really complain about it. Sadly, the pattern of the cups does not continue onto the band, which is a single layer of black mesh (boo!).

Another difference is the red lace trim: It’s a floral pattern in real life instead of the heavier-looking yet narrower scalloped shape of the photo. This also means the bow is a little more dramatic since the lace is wider. The straps are also lacking the texture you see in the photo.

However, I like the practicality of the straps, as they’re shiny on the visible side but felt-like on the bottom, to better grip the adjuster. I also appreciate the detail of the adjuster being black against the red strap. 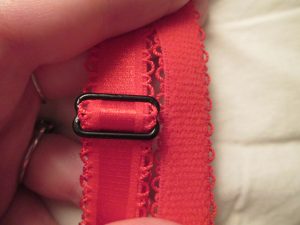 Finally, we have my favorite, the Free Time bra: 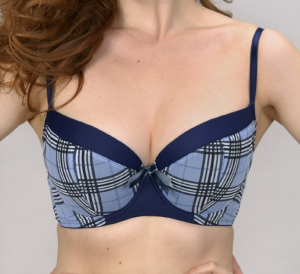 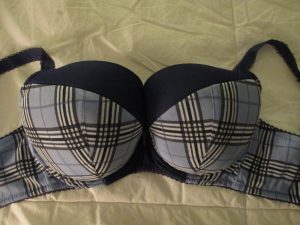 This one is a perfect match to the photo! My picture’s not great, and the color is much closer to the manufacturer’s photo in real life. The print is placed in the same spot, to be symmetrical on each cup and on the band. That is really impressive.

I just love this bra! The construction is pretty neat. The dark blue is silky microfiber and the plaid is the same type of mesh bra bands are usually made of. The band is actually lined in the dark blue microfiber with the mesh as the overlay, instead of vice versa. The microfiber feels really fabulous against my skin, especially because bras in general, if they’re as tight as they should be, tend to itch me a lot at the point where the band meets the cup. But this fabric helps keep that to a minimum.

Additionally, even though I was just complaining about not liking the big bows, I like the dual-color double-layered bow on this one. The two colors make it look much more deliberate and like less of an afterthought. 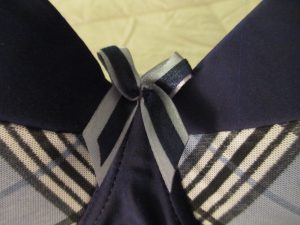