What would YOU wear if you were invited to a red carpet event? I think about this every year at Oscar time.

A neckline plunging to my torso? That’s an easy one. 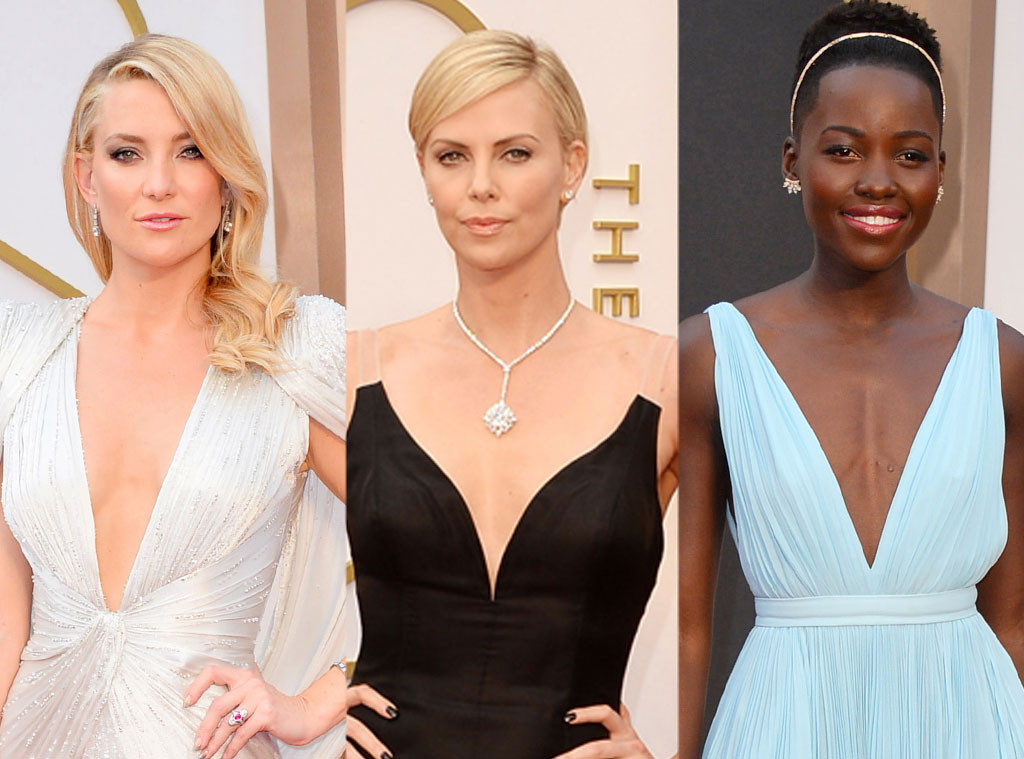 On the other hand, Kim Kardashian demonstrated at the Elton John after-party that this neckline isn’t off limits to a woman who wears a DD+ bra–she just can’t wear the bra and the dress at the same time.

Because I can imagine the challenge of dressing for such an event, you would think that I would be empathetic towards the women arriving on the red carpet. But no. As I was reviewing photos for today’s post, I saw underwear lines and slight bulges on the back of one woman in the background. “She should NOT be wearing that,” I thought.

Then I wondered–is it really that bad? What if a friend of mine were wearing that dress? I’d tell her she looked great and mean it. In any other setting, I’d accept imperfection. With the Oscars, I turn into a catty middle school girl with such unattainable standards that, if I were ever invited to the Academy Awards, I’d be afraid to leave the house.

Fortunately, writing this blog has helped me grow up a little, so with today’s post, I’m not going to criticize anyone. Instead, I’m simply going to post photos of five busty women who successfully negotiated last night’s red carpet. I’m leaving out the women that I feel were unsuccessful this year–we all know what it’s like to wear something that looks matronly on us, or to flatten our boobs to make the dress fit. I wouldn’t wear every gown in these pictures, but I love the variety of styles and of the women wearing them. They may have a large bust size in common, but that’s just about it!

Out of curiosity, if you had to choose one of these gowns, which one would you wear on the red carpet, and what, if any, changes would you make to it?

5 Comments on Big Bust Dressing on the Red Carpet