This past Sunday, Monday, and Tuesday was the winter CurvExpo in New York. On the two days I attended, I caught up with the usual suspects (Eveden, Panache, Parfait, etc.) and also kept an eye out for newcomers. Unfortunately, newcomers are few and far between at most of these shows, but I did find a couple brands that piqued my interest (though my two favorite finds were panty companies, not bras).

Since the new offerings from our old favorites are, in my view, the least interesting of my coverage, I’m going to spend this post, and the next one or two, discussing other things. Come back in two or three weeks for the Official Image Dump.

This week I want to highlight companies that are doing “nude” right, whether intentionally or otherwise. That is, they’re offering bras and/or panties in colors that work as a nude on more skin tones than lily-white ladies like me—with bonus points for companies who avoid using the word “nude” at all. Unfortunately, this list is woefully short.

First up is one of my favorite brands, Love Claudette (from whom you’ll see more in that future post). In addition to avoiding the word “nude” and having a tan continuity color (“American Tan”) that’s slightly darker and warmer beige than you usually see, the Spring/Summer 2014 collection is adding this new “Fishnet” bra in what they call “Goldie”: 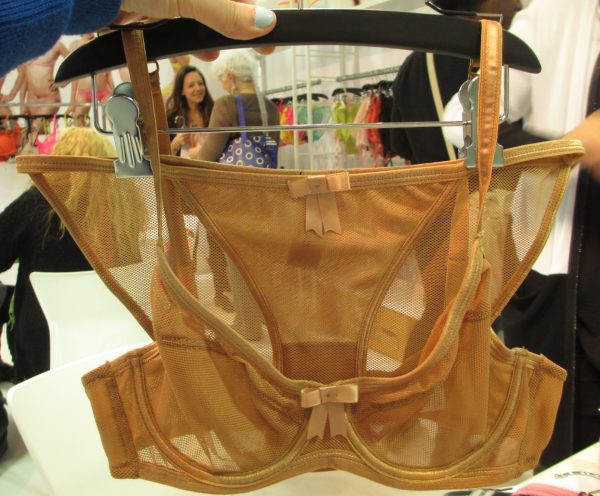 Additionally, while the color itself is hardly revolutionary, the new pale almond shade appearing as a Dessous longline and the new Bardot lace plunge bra is called “Blondie.” I love replacing the word “nude” with food terms. My only qualm is that there’s no chocolately “Brownie” color!

Next up is Hanky Panky. You may remember my glowing review of their “Bare” seamless underwear, but at the time it was only available in tan, black, or magenta.

Well no longer! It’s now offered in Marshmallow (white), Vanilla (pale pink), Toffee (golden dark tan), Mahogany (dark brown), and Granite (grey). I’m in love with the fact that they named the white shade “marshmallow.” I’ve also found that the original “nude” is actually a bit too dark on my skin tone and can show through very light, tight clothing (especially after I stupidly washed it with some darker colors and it absorbed a touch of dye), so I’m looking forward to getting a couple vanilla pairs for myself instead. 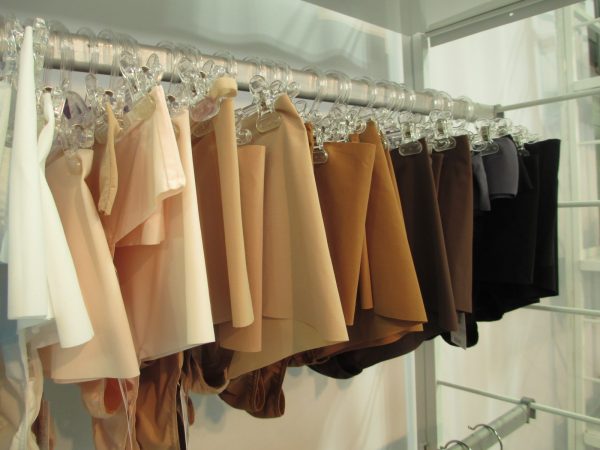 That Toffee color, though, is so delicious that I might need to get one of those as well. I’m really on a gold kick after seeing it among a bunch of companies at Curve.

And as long as we’re on the topic of Hanky Panky, check out the fun colors they’re adding: 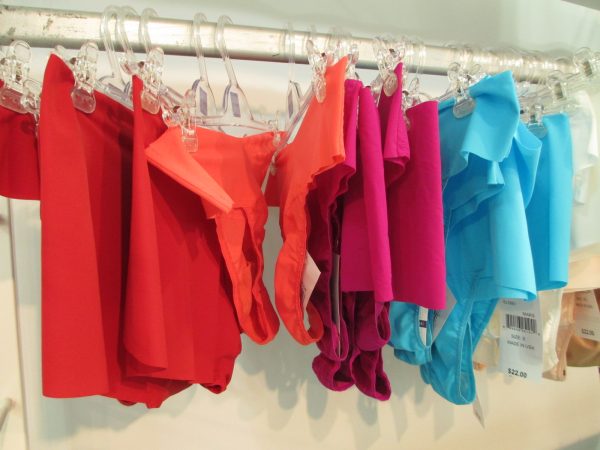 Next up is newcomer Curvy Couture. I was really impressed with their light shapewear and will discuss them further at a later date, but for now check out these three bras: 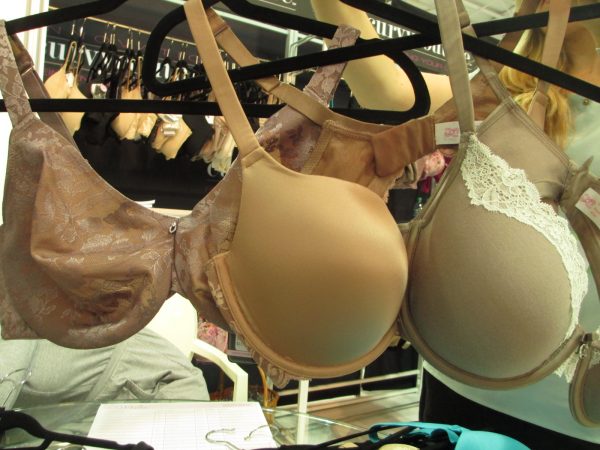 I’m not sure what the proprietary names of these colors are, but I’m going to call them mauvey-tan, beige, and mocha.

Next up, we have a looooooong overdue addition to the extensive Freya Deco family. I think it’s totally ridiculous that in season after season of Deco bras, we’ve seen every color of the rainbow and even some wacky prints (flamingos??), yet it’s taken this long for them to finally add something approximating a brown: 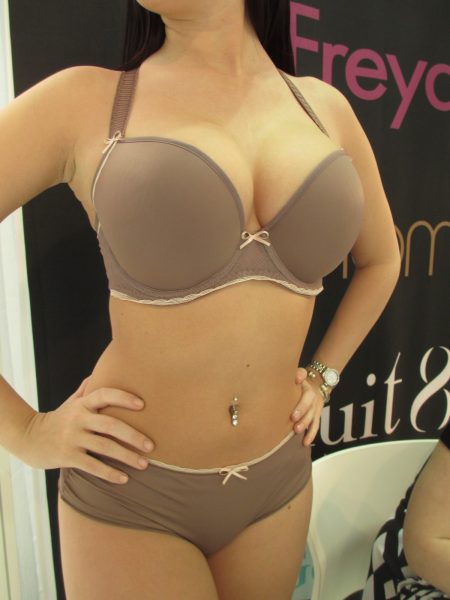 This is the new Deco Vibe. It’s different from the original Deco in that it has textured straps, textured band, lace trim, binding on the cup edges to keep it from rolling outward, aaaand: 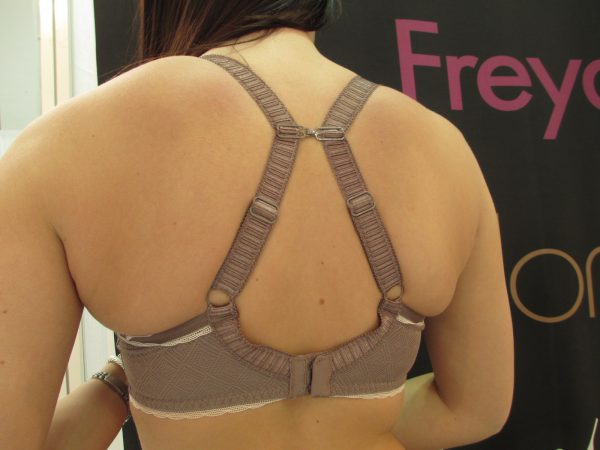 A J-hook! Oh man I can’t wait for this bra. I love my Decos, but the straps are a wee bit too wide and the cup edge is very much visible under clingy tops thanks to that rolling issue, so it looks like this one will solve all that. This “Mocha” color will be continuity, in addition to Blush and Black. Now they just need to add a dark brown and a caramel, and we’ll be all set.

Lastly, we have lovely newcomer Harlow & Fox. The Hourglassy team was invited to see the entire collection in private, and we were thoroughly impressed. We’ll write about it in depth in a future post, but for now check out the three main colors of their debut collection:

Without even intending, H&F is offering three neutral colors that can function as a “nude” on a variety of skin tones.

As an aside, I got to try on the Viola longline and absolutely fell in love (another gold find!). I must save my pennies (or maybe I’ll get lucky and one of my wedding guests will feel like buying me an extravagant, if slightly impractical, gift later this year). Luckily, we were told that all of these are intended to be continuity pieces. If they sell out, more will be made. So I can take my sweet time saving up!