Do you want to win the Arabella that Leah reviews in her column today? Then be sure to enter the giveaway that we announced on Monday!

After Parfait’s Fiona Balconette was so unsuccessful, I was a bit trepidatious about trying the Arabella longline. But I’ve had my eye on it since CurvExpo of summer 2012, so I still just had to check it out. And good news…I love it! 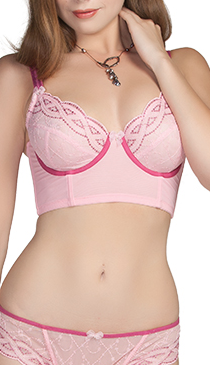 Now, it’s not without issues, but I still adore it and expect to wear it often.

The first thing I noticed was that it is exceedingly tight. I’ve always found Parfait to run a band size small, but this one was so tight I had to have my boyfriend help me do up all the hooks. I probably would have been able to handle it if it was just two or three hooks, but with five, I absolutely couldn’t do it myself. If I had been trying this on in a store, I probably would have purchased a 32 band instead of a 30.

I actually think this is good news because women who were previously sized out of Parfait’s 30+ and max G-cup range can wear this particular item. Parfait tops out at G, but since it runs two bands small and one cup small, then a 36G would be the right size for someone who normally wears a 32GG, and 30FF would be the right size for someone who needs 26G. It’s a bit confusing, so I’d recommend trying one on in person or ordering multiple sizes if you’re not sure.

Moving on, since the band is a little smaller than it should be on me, the little piece of boning in the front is buckling. Luckily, it’s not digging into me and it’s just a cosmetic problem, so I don’t really care. Plus I’m not convinced going up a band would solve it.

Next, there’s a weird thing happening with the gore. The wires don’t actually reach all the way up into the tip of the wire channels. So there’s about a centimeter of the channel folding over since there’s nothing to hold it up. That being said, the rest of the gore sits perfectly flat against my sternum and feels totally secure. The gore is a bit wide, though, so this may not be the right bra for very close-set boobs.

Almost done with the negative notes—I swear I have lots of positive things to say too! Anyhow, the wires come up too high on the sides for me. As such, the outer edges of the cup rub against my armpit. It isn’t nearly as bad as, say, Curvy Kate Showgirl range’s veritable shredding of my armpits, but it’s noticeable.

Okay, now for the good stuff: First, I think it goes without saying that this bra is gorgeous. The color is so vibrant and I absolutely adore all the little touches: The fuchsia underwire channels and delicate matching straps, the dotted line embroidery that’s shiny enough to resemble baby pearls when seen from a distance, the tiny rhinestone hanging from the gore. And if you’re not into girly pink and purple, I think the black and white colorway is equally stunning—love that tuxedo look. 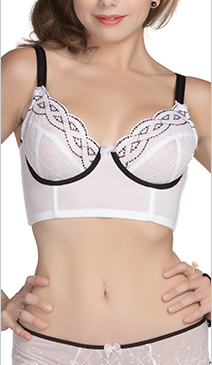 I’ve had bad luck with Parfait’s non-molded bras thus far, but the cups of this one finally fit right. They’re a touch shallow at the base (but that’s the case for me with literally everything but Polish brands), but there’s no quad boob and there is excellent support. Likewise, I don’t even feel the boning in the back, but I think it’s subtly encouraging me to stand/sit up straight. I wore Arabella while riding my bike to work this morning and didn’t even feel the bra, in spite of my complaint about the too-high sides.

The bra gives a rather east-west separated look, so I think it’ll be good for when I want to avoid obvious Y-cleavage. The shape could stand to be a little more lifted, as I get a bit of a droopy shape on my bigger side…but my smaller side looks pretty round, so I think it’s a breast shape issue. I think someone not so full on bottom would get along with the lift a little better, as you can see in this photo of the model at CurvExpo summer 2012: 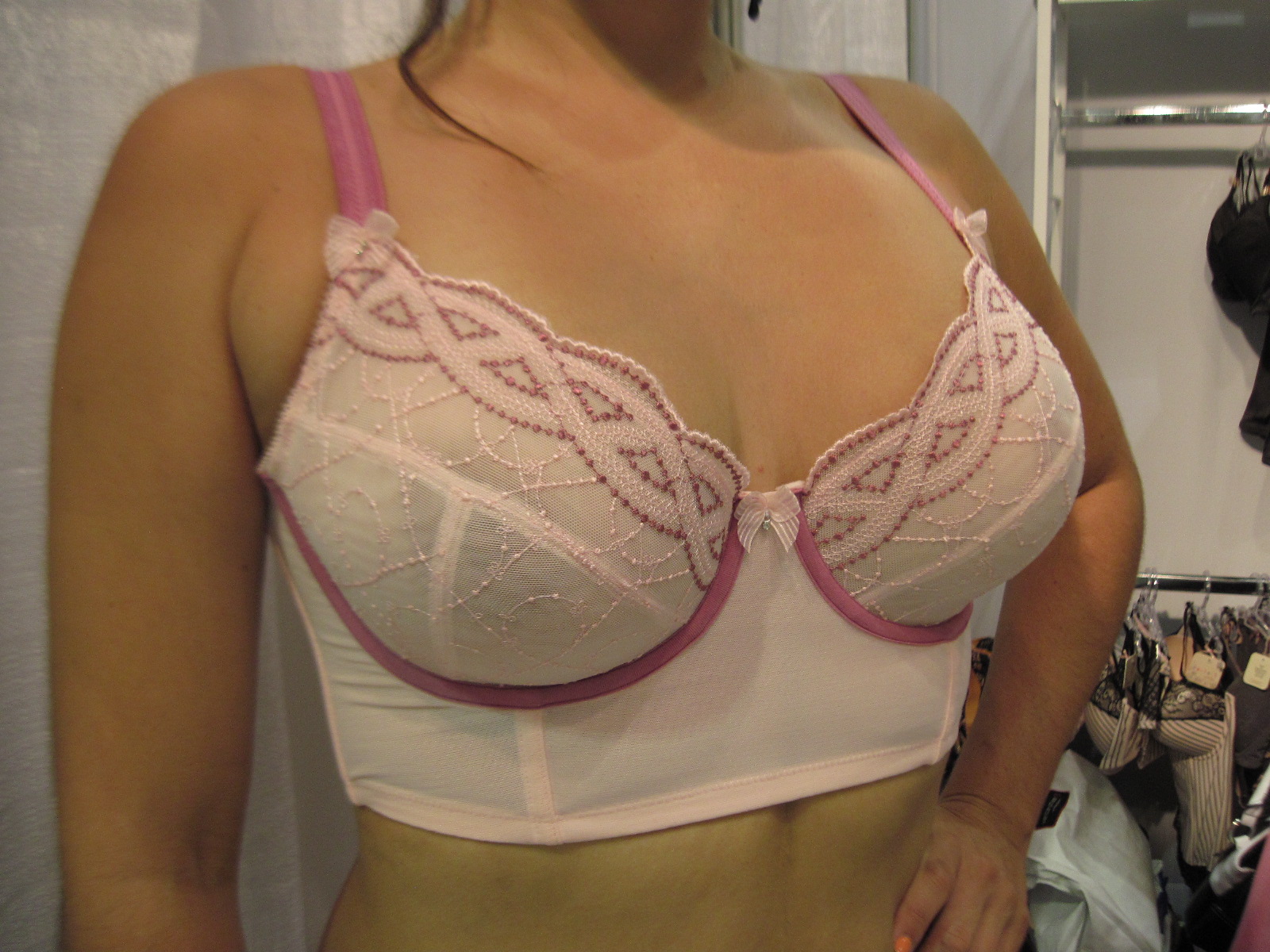 Overall, I was so thrilled with this bra that I wore it around my apartment all evening yesterday. If it weren’t sheer, I might even considering wearing it as a top (well, maybe under a sheer white blouse or something). It’s encouraging me to try one of those crop tops (with a high-waisted skirt) you’re seeing so much of this season. I cannot wait to try more longlines. The only problem now is, how do I fit them in my lingerie drawer?