When Leah and I visited the Eveden booth yesterday, I was thinking of this recent rant on the Thirty-Two D forum when I asked the super helpful sales rep if they had anything in their lounge line that would be supportive for something like yoga:

I don’t know about the rest of you but I would be delighted to get a top I could wear to yoga that didn’t require a bra! I’m not jogging, I’m just doing my downward dog and Warrior 3 and it can’t be that difficult to make a top that accommodates this. Now I’m off to yoga class. With a bra I pretty much hate, and a t-shirt over that.

I don’t know about the rest of you, but I’ve been doing some downward dogs lately, and I definitely need a bra. You wouldn’t believe the cleavage that’s spilling out of my Enell in that pose (on second thought, of course you would believe it).

It turns out Freya doesn’t have anything in their lounge line that would be braless yoga appropriate, but they do have something in their new performance line.Â  I am so excited about this that it’s the one thing I’m going to write about before Curve even ends.Â  In the photo below, you’re looking at their 30F model wearing the AA4003 Performance Sports Top, with the Freya 4002 high level impact underwire sports bra built in. The sizing goes from a 30-38 D-H!!!! (Keep in mind that the model is wearing a sample size below, which may explain why it doesn’t encase the entire breast tissue beneath her arms.Â  I attended the Eveden fit school the day before, so I’m now noticing that sort of thing, but more on the bra-fitting breakthroughs I experienced there later.) 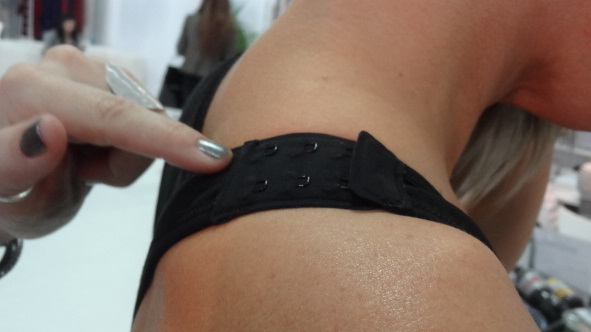 Look at the T back we can wear without showing any straps. 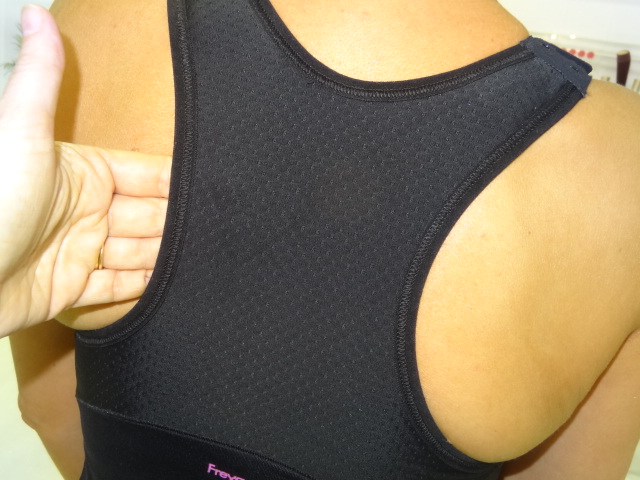 And the capris have this clever zipped pocket in the back where you can keep your gym membership card, keys and money. 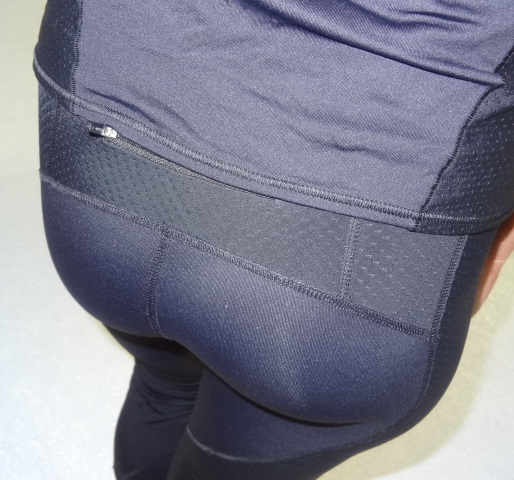 It also comes in red. 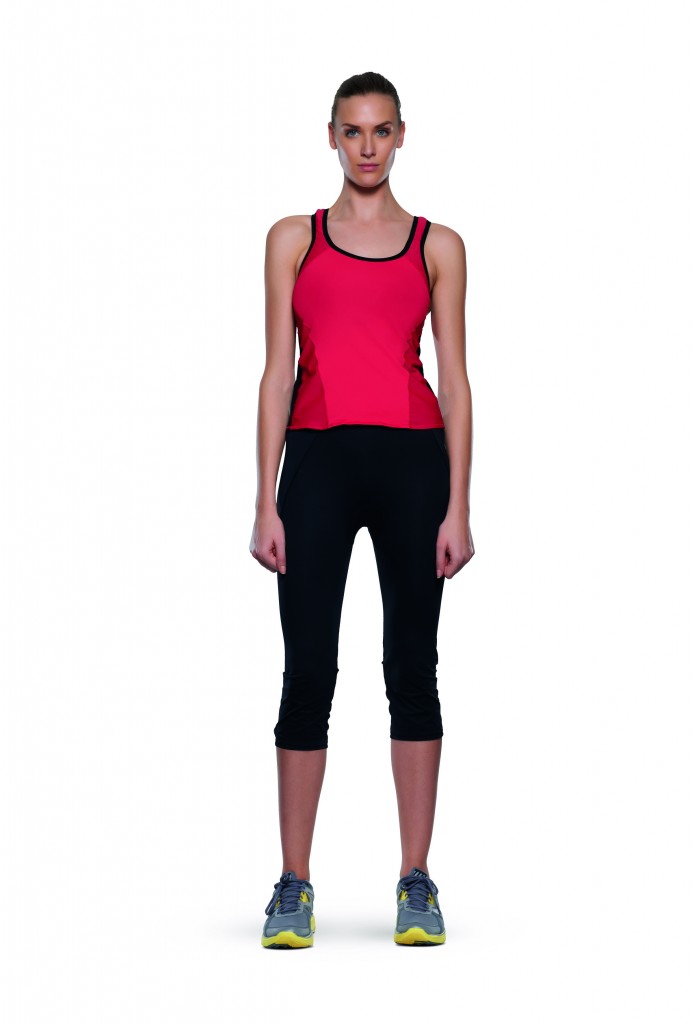 This product ships in July, so you can expect to see it in stores by August. The top retails for $98 and the capris for $68.Â  Wherever you purchase your sports bras, tell that store owner about this if it’s something you would buy.

Finally, since you know I’m terrible at washing my workout clothes after every visit to the gym, here’s one more reason I’m excited about this product:

“Our new performance sports top and capri print both feature Polygiene(R) technology. This active odour control technology is based on silver salt, an effective naturally-ocuring anti-bacterial agent. The result? Your Freya stays odour-free for its entire lifetime and because this means your clothes can be worn several times before washing, they’ll last longer too.”

P.S. Are you wondering about the quality of the built-in sports bra? Read Cheryl’s review over at Invest in Your Chest.

4 Comments on A Curve Hightlight for D Cups and Up: Freya’s New Performance Wear!