I’ve been waiting all summer for Nikita, but I couldn’t believe I actually remembered to watch the premier when it aired tonight. It was everything I wanted–a smart, powerful woman who looks fantastic while fighting like a man.

Then I started imagining the show with a large-breasted Nikita. The dress below would look entirely different on someone who wears a DD. 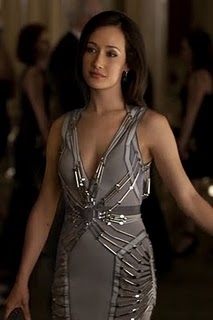 And she’d need a sports bra to make her escape from this shootout without bouncing. 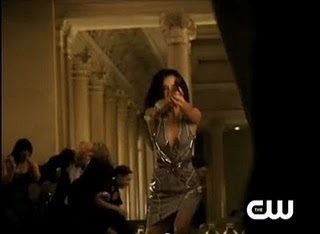 And this swimsuit would definitely conjure comparisons to Baywatch. 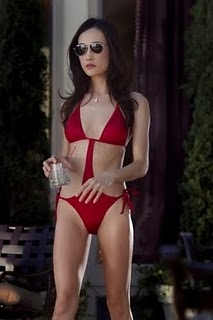 I think Maggie Q is perfect for the part, but can anyone think of a large-breasted heroine who is the main character in an action movie or television show? I’m drawing a blank. My other two current favorites–Gabrielle Anwar in Burn Notice and Piper Perabo in Covert Affairs–are also pretty small up top. See what I mean after the jump. 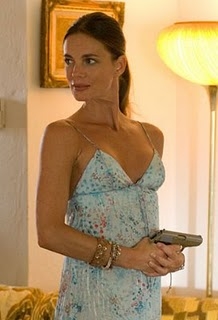 Annie’s always running and fighting with no gaps whatsoever in her button-front shirts. 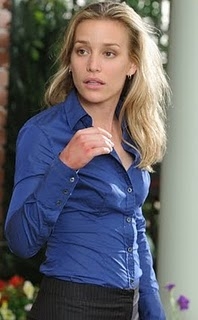