Recently, a new (or at least new to me) bra brand, Wear My Freedom, reached out to Hourglassy to see if we’d be interested in trying their product for review. After I perused their website, I was thrilled to accept!

Wear My Freedom makes one thing and one thing only—a D+ wireless molded bra that offers bands from 28-40 and cups in UK D-HH. When a company only makes one product, you expect it to be absolutely stellar, and WMF fits the bill!

I requested my usual size of UK 30G, in the “clay” color. It also comes in black and there may be more colors in the future, but I wanted to check out the brand’s baseline “nude.” For my very pale skin tone, the clay is comparatively more of a dark tan. It’s not quite invisible under a thin white shirt, but I think this shade is probably a lot more versatile across many skin colors than it would be if it matched my coloring more closely, so it’s a good choice.

The WMF bra structure consists of: 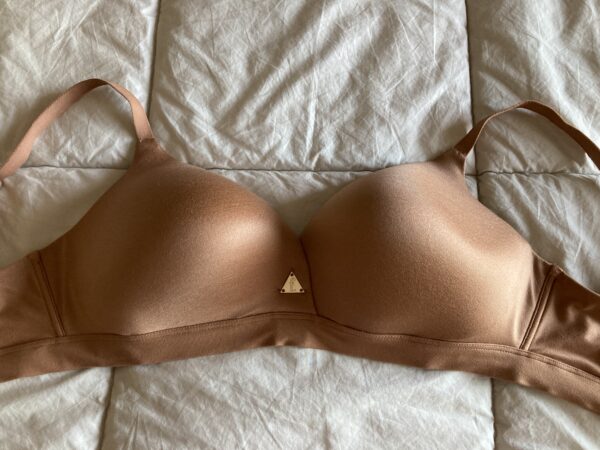 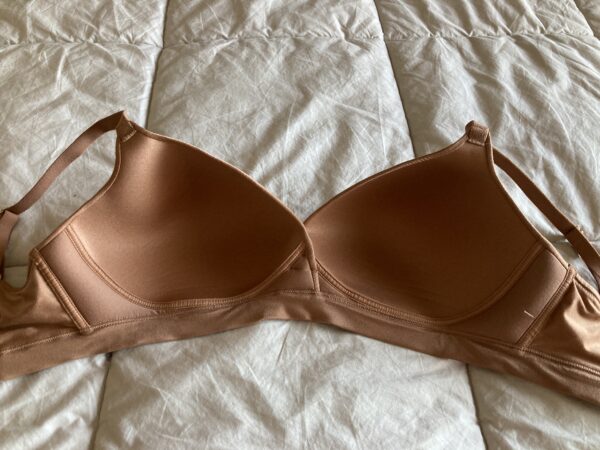 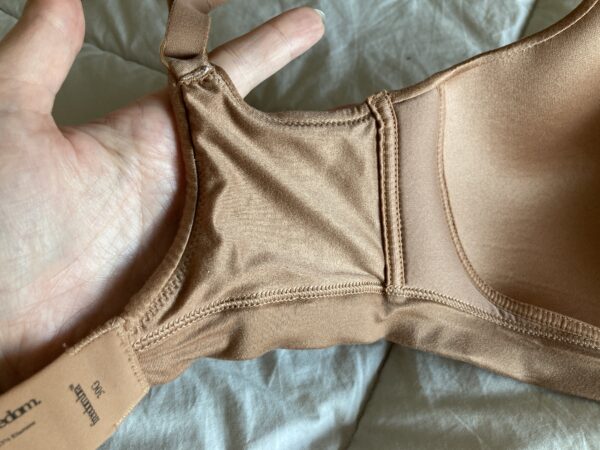 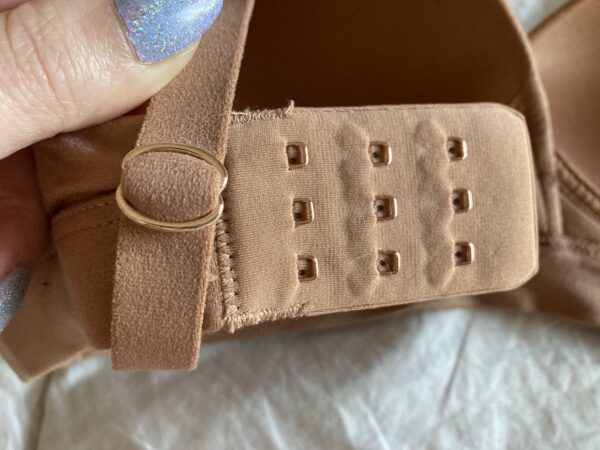 The band has no power-mesh, but is lined, and the whole bra is made of a super-soft and cool-to-the-touch fabric. There’s no tag, no wires (duh), and all the seams are flat-lock. I also appreciate the choice of rose gold-colored hardware, including a little logo icon at the front gore, which is sewn in place to hold the two overlapping cup layers together.

As for fit, I’m very pleased. The cups and band are true-to-size. I get a little bit of pillowing on my bigger boob when I first put the bra on, but I settle into it throughout the day and it’s soon less pronounced. Though the cups are molded, they’re much softer and more flexible than I’m used to with molded cups, so I think they would suit a variety of breast shapes, even for people who normally don’t get along with molded cups.

Since the band has no mesh, it does stretch out a little faster than your standard bra. I’ve been wearing it for several days before a fresh wash, and tend to move to the second hook on Day 2 or 3. So if you’re normally between band sizes, you may want to go down a band (but be sure to go up a cup to the proper sister size!).

Speaking of washing, with no wires or mesh, you can throw this baby in the laundry machine! I still put it on the delicate cold cycle just to be safe (and hang dry), but so far it still looks new.

Back to the fit…with my bottom-heavy breasts, I don’t always get along with wire-free bras (see the Panache wireless sports bra, for example, whose cups crushed way over and caused major underboob sweat).

But the WMF bra works just fine. The band and base of the cup settle into my infra-mammary fold without my breast tissue falling far over the fold, crushing the cups, or causing a saggy look. You can see in this next photo that the infra-mammary foldover stops right around the “side boning” seam rather than continuing around the backside of the band like the Panache did on me. As well, while the bra has a slightly minimizing effect, you can see that the shape is still pretty well-lifted and round, almost as much as a wired bra. 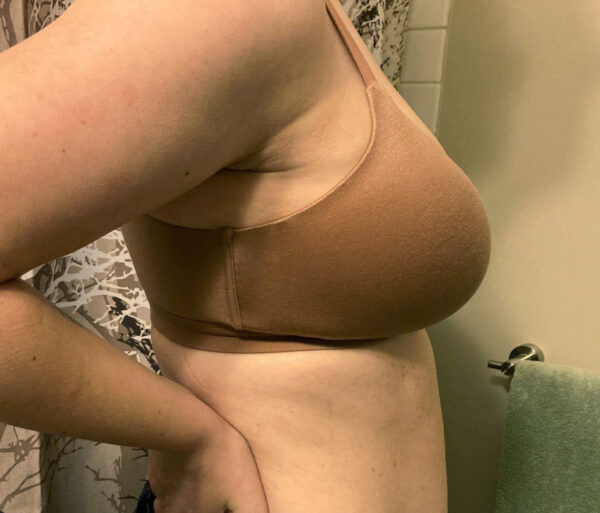 I don’t really get as much separation as the brand advertises, but it’s still what I consider a good profile. My boobs are definitely not full-on smashed together in the center. I would even be comfortable wearing this with a cleavage-bearing top. Overall, it’s a pretty similar fit to a basic wired bra—but more comfy.

Here is a series of photos of the bra under my usual white camisole. I took these photos at the end of the day right before bed, so this is after wearing it all day, not fresh after putting it on. 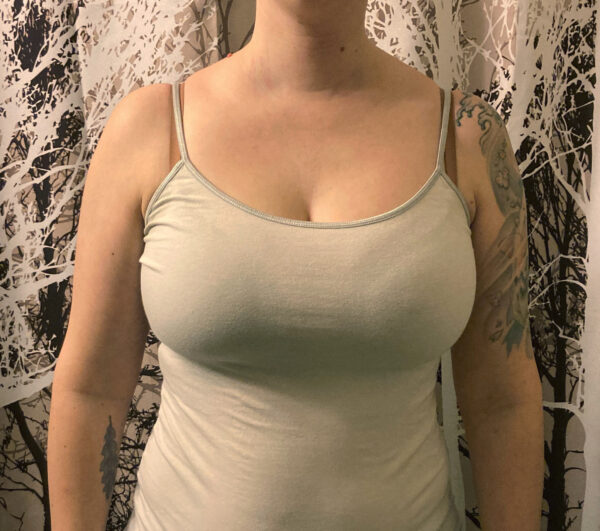 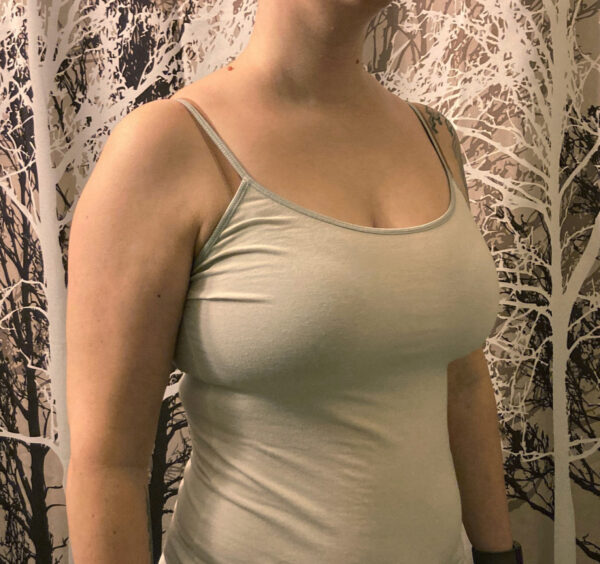 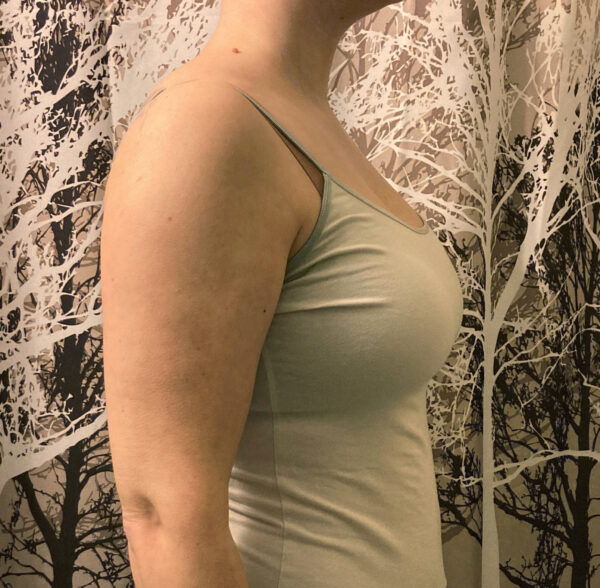 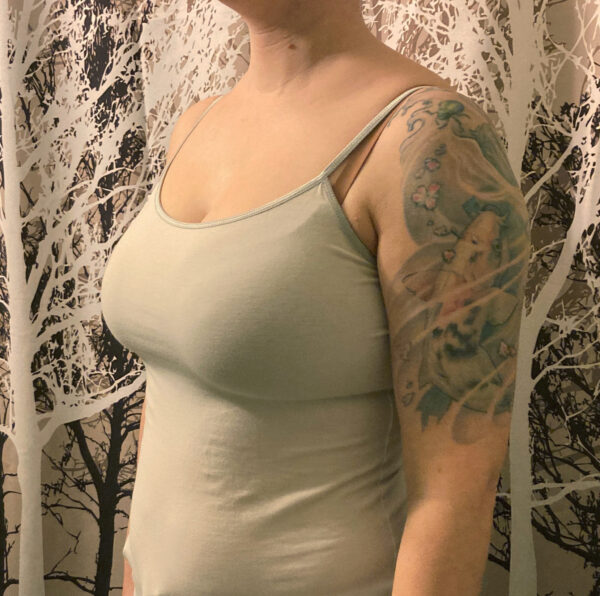 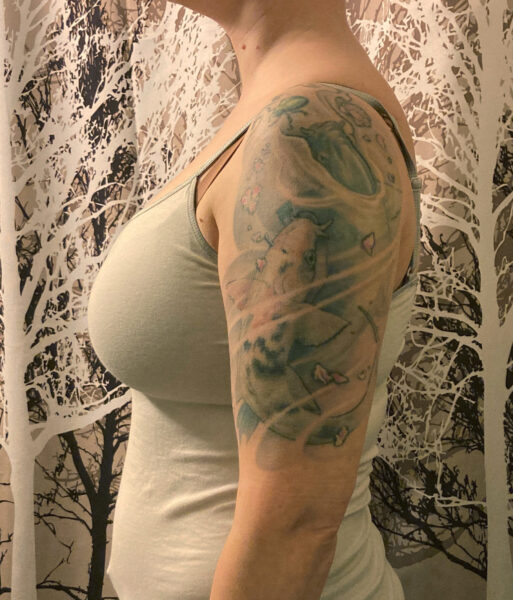 My only complaint is that I wish the straps were closer together in back. It feels a little unsecured, like it could slide off my shoulder at any moment. But I get that feeling from most bras. It’s just the nature of my body’s shape and my slightly sloping shoulders. But as you can see here, the straps actually line up perfectly with my top, so I think this is just a Leah problem: 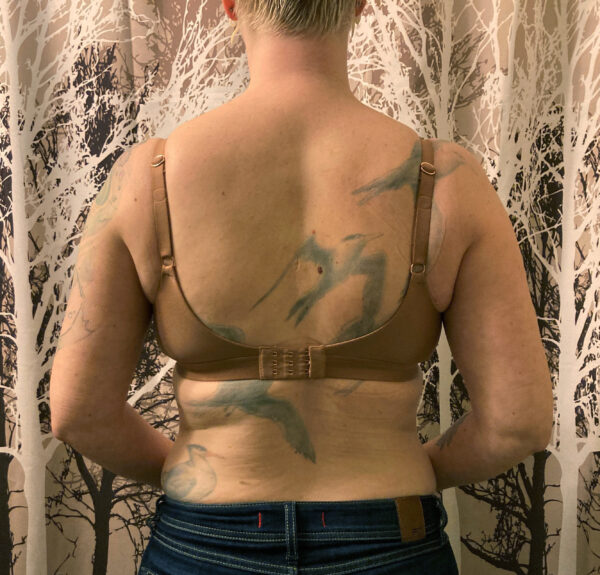 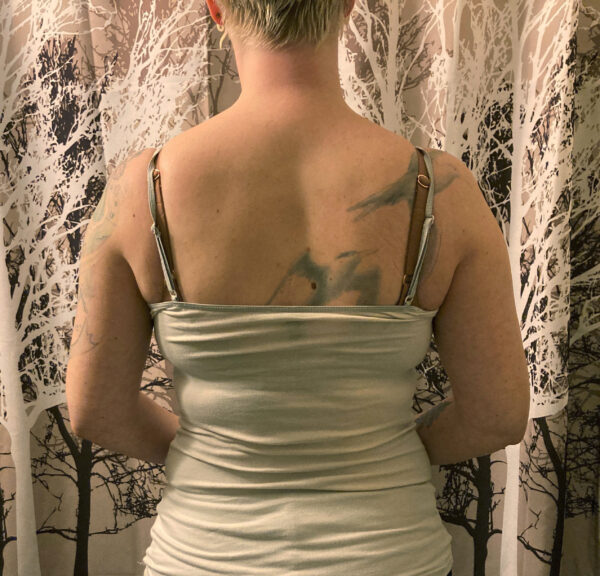 The WMF bra retails for £55.00 (about $75), so its price point is in line with other non-luxury full-bust brands. And all sizes were recently restocked on WearMyFreedom.com.