Let’s just say that when I found this Kickstarter campaign for the Compatibles Collection, I laughed.

Are strapless bras really such a nightmare that you’d buy a special bra just to go with a special article of clothing just to avoid showing your bra straps?

Then I got dressed to take my aunt and uncle to the Statue of Liberty on the hottest day of the summer. I had 7 strapless bras sitting in a box in my office, and I couldn’t bring myself to wear one of them. Maybe the Compatibles Collection is on to something–they certainly met their campaign goal!

Since then, I’ve discovered enough other ways to avoid a strapless bra to create a blog post.

Amy Wine duct-taped herself into a strapless, backless bridesmaid dress and looked amazing, but she had scars on her back after removing the tape. The Norwegian creator of Brassybra duct-taped herself into her wedding gown, and “it started off the wedding night badly.” Afterwards, she spent 5 years developing a better solution. Her “Second Skin Technology” is 97% cotton and 3% medical adhesive, so it breathes and moves with you. All that sounds great, but seeing is believing, and here it is on a J cup (UK). 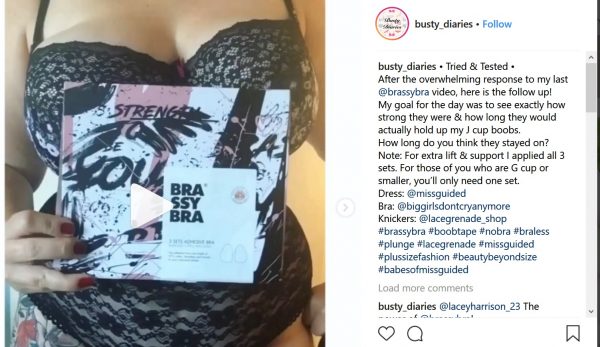 I saw that video in May (here’s a link to her follow-up on how it performed), so I was super excited to meet the founder Kat at Curve two weeks ago. If you want more “seeing is believing”, check out this video of all the ways co-owner @mish_mindy wears hers (she ordered Brassybra when she had 5000 followers and loved it so much she became a partner in the business). They gave me some samples that I’ll write about after I try them, but my respect for this company increased after Mindy emphasized that everyone’s breast shape, density and elasticity is different, affecting how and where you place the adhesives–you can even work with side strips if you need to center yourself a little more. Impressively, Brassybra comes in five shades: vanilla, caramel, chocolate, cocoa and licorice.

They’re never actually invisible, but clear straps are still an option–especially under lace shoulders–and I was excited to discover a Canadian company that makes the best I’ve heard of at Curve. Their website doesn’t even tell you what makes them so great:

This company has other products that I’m excited to share with you soon.

Then there are meant-to-be seen jewelry straps like these with rhinestones.

3. Incorporate the Bra into the Dress

I could have sworn we had a blog post on this topic, but I guess not. If any of you have ever done this before, please share! Here’s how one blogger gives herself some support in her backless dresses. Judging from her outfit posts on the blog, I’d say she probably wears an F cup, so this DIY project could work for some of our readers. 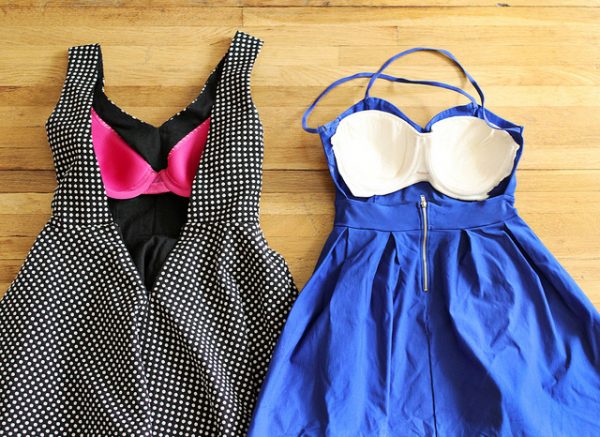 Five years ago, Leila told us how we can add boning to a dress for more structure. She still needed to wear a bra, but I wonder if a combo of sewing a bra into a dress PLUS boning could give someone who wears G cups enough support to forgo a strapless?

4. Choose Clothing that Has Already Incorporated the Bra FOR You

The size 4 model in the Miriam Baker Charlotte dress isn’t wearing a bra, and I have a strong suspicion that she’s well above a DD cup. 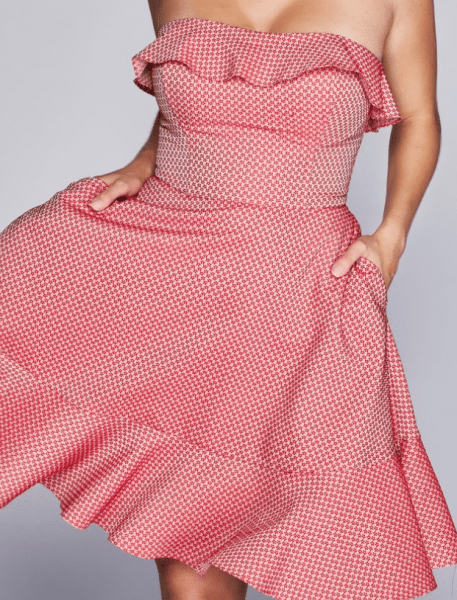 5. Wear the Straps Under Your Arms

Judy from Levana Bratique shared this trick: “If the bra fits you with the straps on, but gapes without the straps, wrap the straps under your armpits and wear them “criss crossed” in back but not over your shoulders. It will help to hold the cups up without having straps showing.”

6. Go with a Bandeau

A lot of full-bust brands base their bandeaus off their strapless bras. So while technically still a strapless, sometimes a binkini top is more comfortable. When I wrote my swimsuit roundup for Campbell & Kate, Judy from Levana told me that the Elomi swim bra (affiliate link) is “better than any strapless bra I’ve ever worn!”

Leah recently made the fascinating observation that, because of its simple clasp, a bandeau is much narrower in back than a regular strapless with its columns of hooks. Here you can see the difference between the Curvy Kate Maya bandeau and the Curvy Kate Luxe strapless (affiliate link). 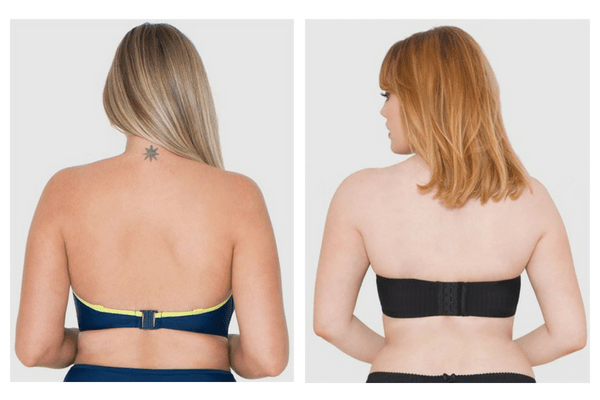 Leah thinks this could make a bandeau ideal for wearing under certain cutout back dresses, and she would have written a blog post about it already–if she could have found one in beige! 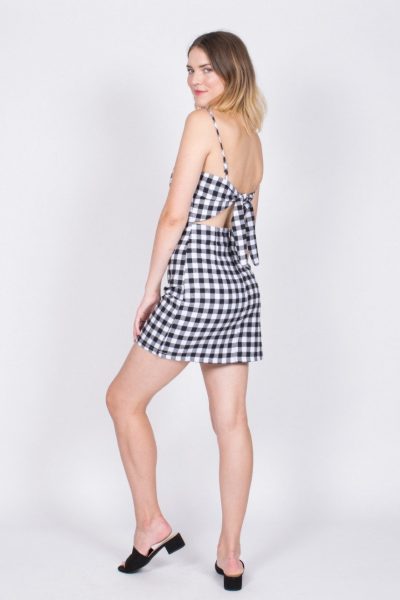