Our friends shared their U.S. Open tickets with us on Monday night, and if I had realized who was playing, I would have been even more excited than I already was. No, I wasn’t excited about Maria Sharipova’s return to Grand Slam tennis. I was excited when I found out her rival was Simona Halep, the player who had had a breast reduction in 2009 and supposedly went from a 34DD . . . 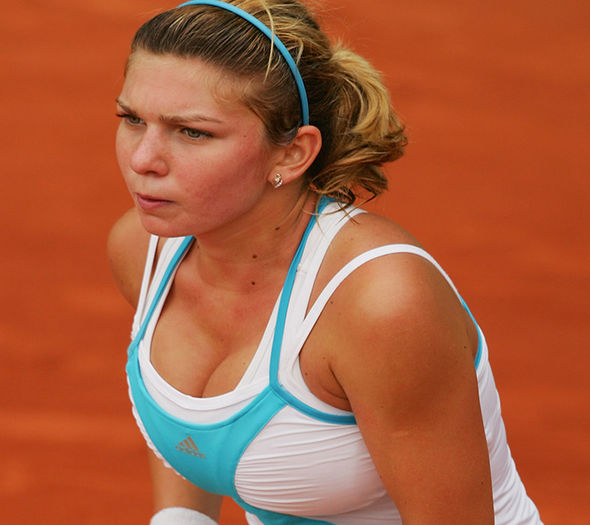 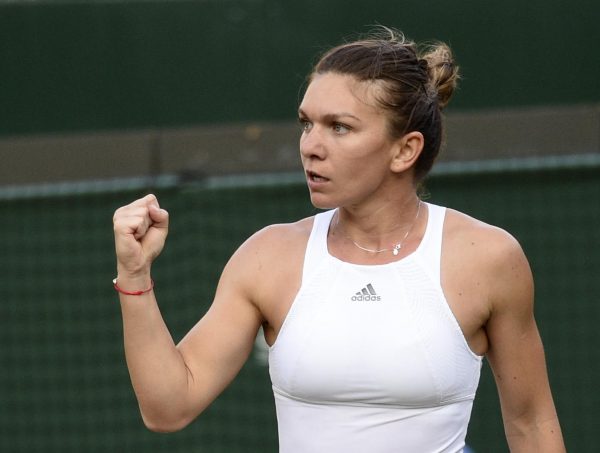 Mr. Campbell told me about her a couple of years ago, saying she had blamed her lack of success on her large chest but that the surgery hadn’t made a difference. Maybe it did because she is now No. 2 seed!

As you know, at Hourglassy we don’t judge anyone for getting a reduction. How you decide to live with your chest is up to you. We’re just here to help women who want to live large with a large chest.

With that being said, now that I’ve raised the subject, I’m almost tempted to follow with, “Nothing to see here, folks,” because in interviews Halep insists she hated her large breasts in regular daily living and would have had a reduction whether or not she played professional tennis. That’s nothing new, is it?

But it’s such a high profile reduction that I can’t help musing about it here. Here are my thoughts and questions on the subject, and I’d love to hear yours:

1.Thank God for Serena Williams. If the top female tennis player in the world had also had a reduction, just think of the message to all the young women out there who love playing sports but are beginning to develop larger breasts than their peers. Instead, Serena found a sports bra that worked for her. (We still haven’t tried Berlei.) 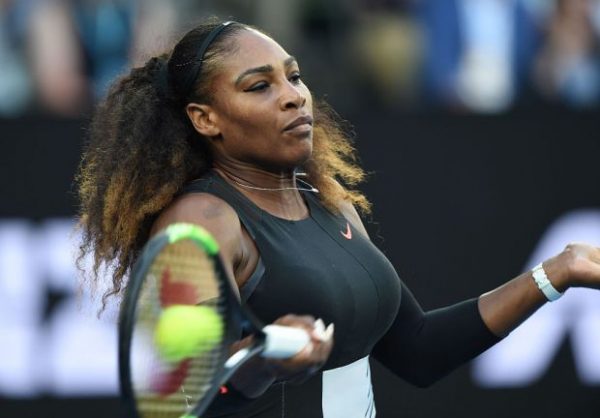 2. Between the two of them, the message is more nuanced: do what works for your body and your goals with the best information available to you. I have never seen Williams or Halep side by side, so chime in if you have, but my impression is that Williams’ build is more muscular than Halep’s, and her cup size slightly smaller. Halep complained about the weight of her breasts, and this may be why. (Of course, Williams may not have complained about the weight because she’d found a sports bra that worked for her.)

3. Halep had her reduction in 2009. The Panache sports bra hadn’t even been invented yet. There were only a few of us blogging about living with a large bust. Department stores still labeled anything above a C cup as full-figured. Today I continue to meet women who think a DD is enormous, so imagine the dearth of information available to Halep when she was 17. (The media continues to perpetuate the Double-D’s-are-Enormous myth. Some sources say Halep’s waist measures 26 inches and Williams’ waist measures 28 inches, yet they both presumably wear 34 bands.)

5. While most of us can only imagine the pressure facing a professional athlete in her teens, we all know how it feels to want to shed any possible distraction in pursuit of “the zone”, to be perfectly present and focused on the task at hand. An extra bounce at the bust as you walk into your boss’s office or a bulge at your buttons when you stand up for a presentation can throw off your game. That’s why we rave about great bras and clothes for big busts on this blog (and why I make my shirts). If only every full-busted woman could experience the carefree confidence that comes from clothes that fit. 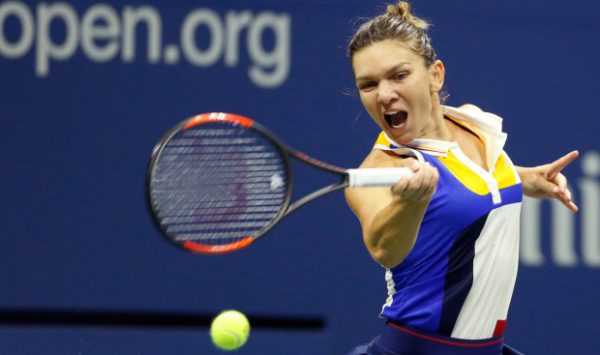 Simona Halep, of Romania hits against Mari Sharapova during the opening round of the U.S. Open tennis tournament in New York, Monday, Aug. 28, 2017. (AP Photo/Kathy Willens)

And if only the right clothes or a routine surgery were all anyone ever needed to reach her goals. Halep is known for letting opportunities slip through her fingers, and I witnessed this several times on Monday night. That’s going to take more than the right sports bra or a reduction to fix. That’s going to take a lot of hard internal work, something else we can all relate to.

1 Comment on What’s to Blame–the Bra, the Bust, or Something Else?