If you started watching Crazy Ex-Girlfriend after my survey of Rebecca Bunch’s bust-friendly wardrobe last week, then you know all about Valencia, the epitome of every unrealistic beauty standard we’ve ever tried to meet. I was completely surprised, therefore, to find her singing “Women Gotta Stick Together” with the kind of women we see in our own mirrors and around us every day–women of a variety of ages, heights, weights, ethnic origins, orientations, bust size, and hair styles.

It seemed like mainstream TV was finally sending us a body-positive message! Then I listened to Valencia’s lyrics:

Women have the power—
The power to make a change.
Like this girl should pluck her eyebrows,
And those jeans should be exchanged.
You really need a size up.

Instead of sending just one message, this video juxtaposes two:

I’d like to say that #1 wins, but if so, why do the women that Valencia hurts stay with her to the end of the song? On the other hand, #2 doesn’t win either because it is impossible to see Valencia in a positive light. If you watch the video, I’d love to hear your perspective.

This topic is on my mind a lot because I’m helping promote a new documentary called Embrace that CLEARLY sends a body-positive message. 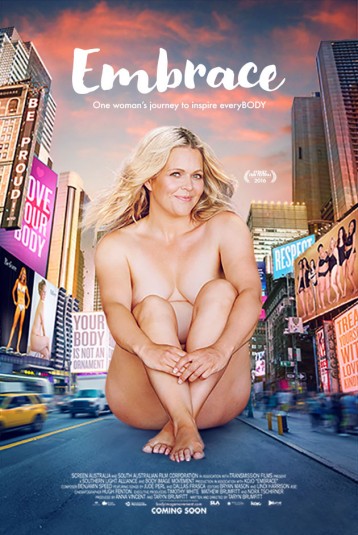 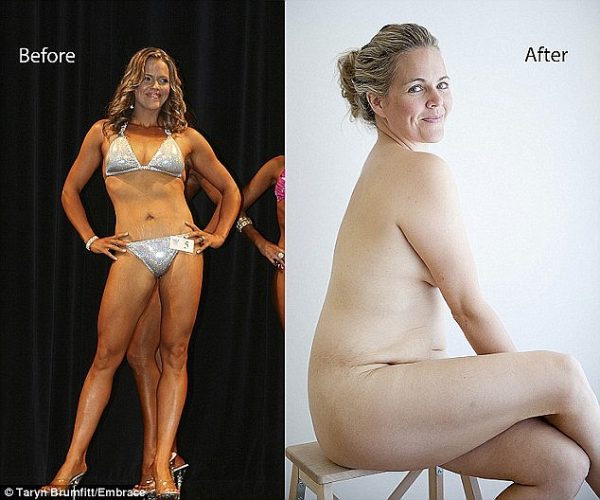 Screenings begin around the United States on September 19, and you can click this link to find a screening near you. If you are in or near New York City, I would LOVE to see you at the Brooklyn screening on the 19th. 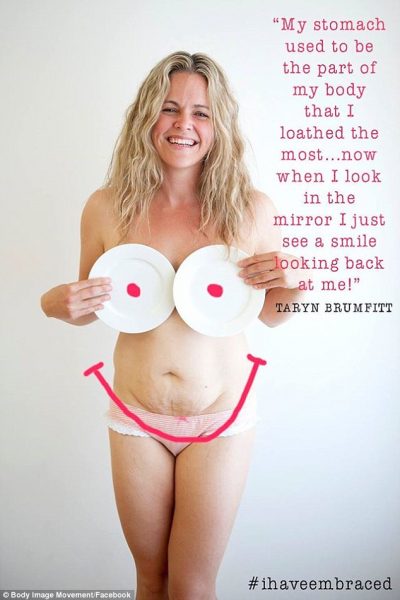 Here is a recent review of the documentary, another review, and a recent interview with Taryn Brumfitt. At one point the interviewer asks about Taryn’s interaction with a plastic surgeon: “How the hell did you not sock him in the face when he was talking about your boobs?” Don’t you want to see what she’s talking about?