I’ve been thinking about investing in some new Freya Decos to replace my existing ones, which are very worn out at this point. So when Bare Necessities was having a sale, I ordered the Deco Honey in Topaz, a pretty mint green color.

The original Deco is great, but has met with complaints that the edge of the cup rolls out ever so slightly and is visible through clothes. I experience this issue myself, and it’s worse on my smaller side so it looks particularly wonky. This Honey model is one of the new ones that have trim along the cup edges to ameliorate this edge rolling issue.

Here’s a photo of the trim: 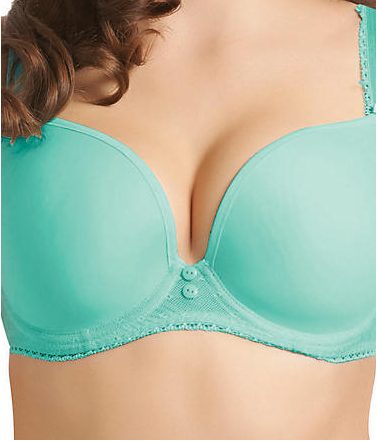 It’s the same color and fabric as the rest of the bra, and is sewn nice and flat. Unfortunately, though, it still fails its intended purpose and is actually more visible—a lot more, in fact—than my old Deco.

I first tried the bra under a dress I own that is the worst offender at visible cup edge out of all my clothes. This exact dress is what I had in mind when I selected the Deco with trim. Here is a mirror shot of it over the original Deco (click to see full size): 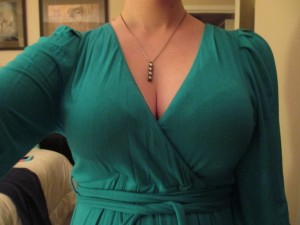 And here it is with the new Deco: 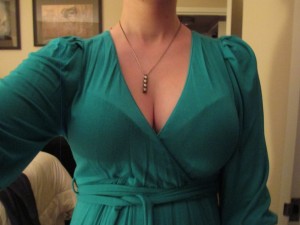 Aaaaah! Before it was only slightly noticeable, but now it looks totally ridiculous. And it’s definitely the right size because I ordered a couple to compare and this, the same size as my original (28G), was the best fit.

Since I know this dress is notorious for visible bra lines, I also tried a comparison under a smooth jersey dress to see if it would be better under a different neckline. Here’s the original: 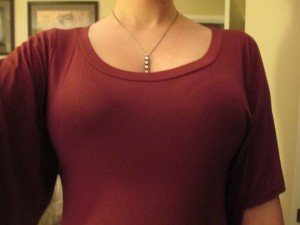 Barely noticeable, but still a tiny bit of visible edge, especially on the right side.

And here’s that same dress with the new Deco: 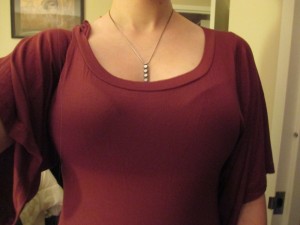 Definitely more visible. Looks rather silly, in my opinion.

I ended up returning the new Deco. I’m not sure what it is about its edge that makes it so visible, because I also own the Fantasie Smoothing Tee Shirt bra, which has similar trim on its edge, and it’s not visible at all. 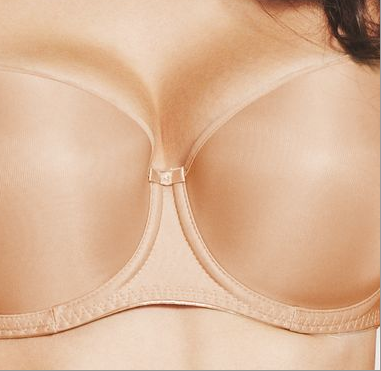 This has become my go-to tee shirt bra for slinky things since the Deco’s edges don’t work, but I really prefer the oomph you get from the Deco. They’re even both from the same parent company (Eveden). Freya, have a chat with Fantasie and figure this out, please!