I said I’d be writing about all swimsuits all the time for a while, but I’m on vacation this week, and I feel like showing you this strapless white eyelet dress from Laundry by Shelli Segal instead. Besides, Tina reviews the Deco longline strapless tomorrow, which sounds like the perfect foundation for this kind dress!

I kept running into smaller sizes of this dress in the Lord & Taylor clearance racks last week, but when I finally found it in size 12, I decided to bring it with me to the dressing room (I’d already read a draft of Tina’s post by then, so white dresses were on my mind). As you know, I was really on the hunt for a strapless dress from Shoshanna because I wanted to test its support. With its back zip, the Laundry dress doesn’t have a separate band that fastens in back, but it does have a separate cotton panel with boning.

First I tried it while wearing my Fantasie 4520 just to get an idea of fit. It fit great–no boob smashing, and the bust darts hit exactly where they’re supposed to. 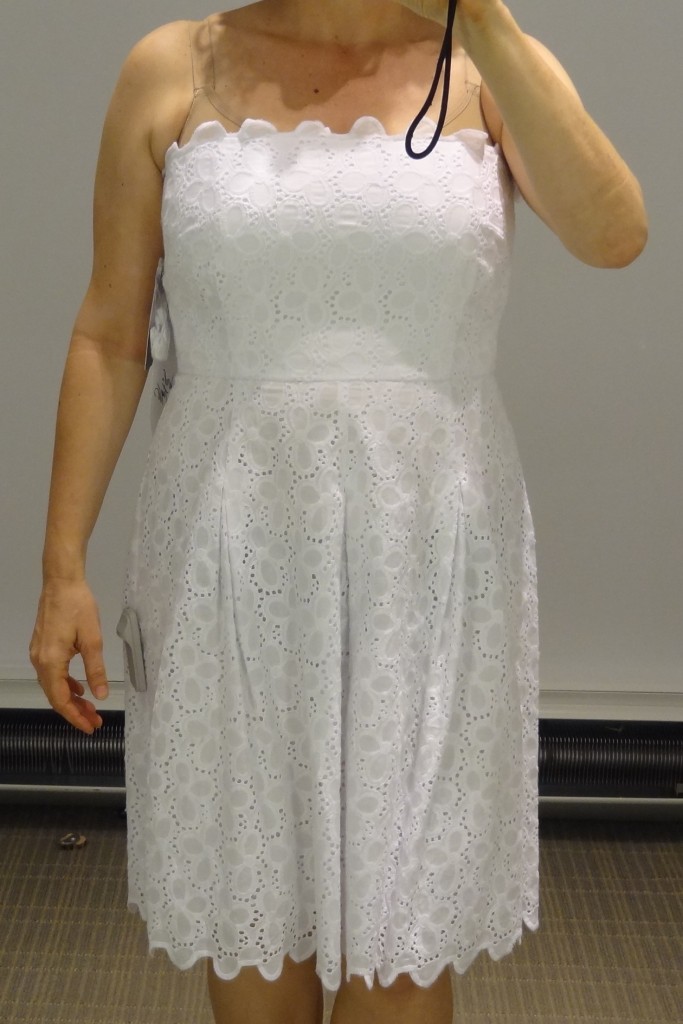 It felt so sturdy, that I wondered how it would work if I went braless? So I tried that, too, and it also fit! 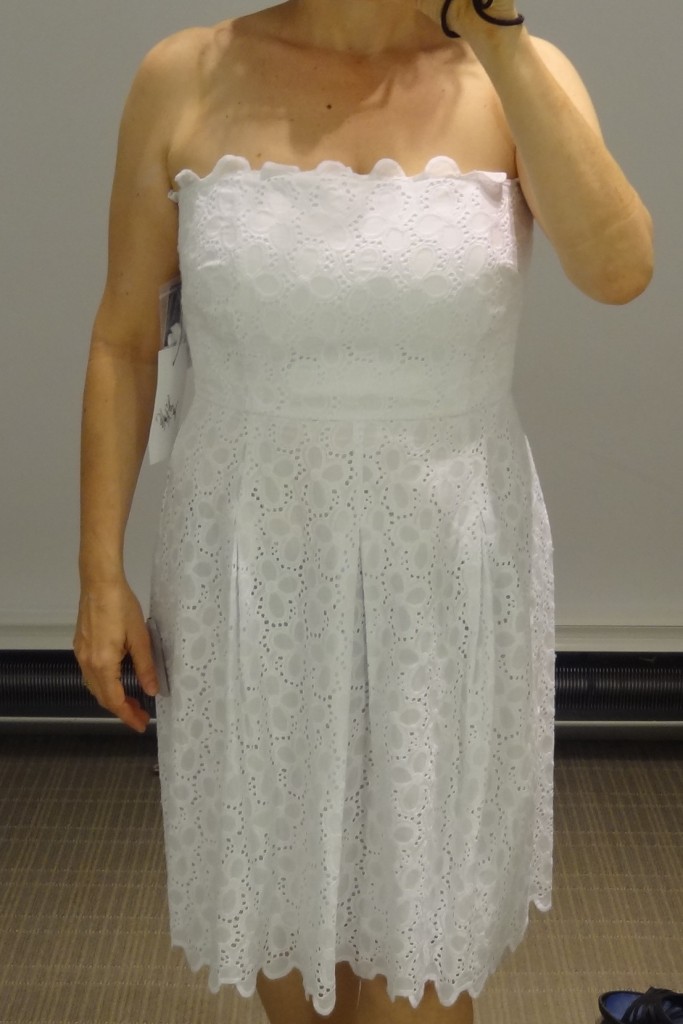 Of course my bustline dropped closer to my waistline when I did this, but incredibly, if I really wanted to go braless and didn’t mind underboob sweat, I would feel totally secure in this dress. The woven fabric and boning seemed to mitigate any bounciness. 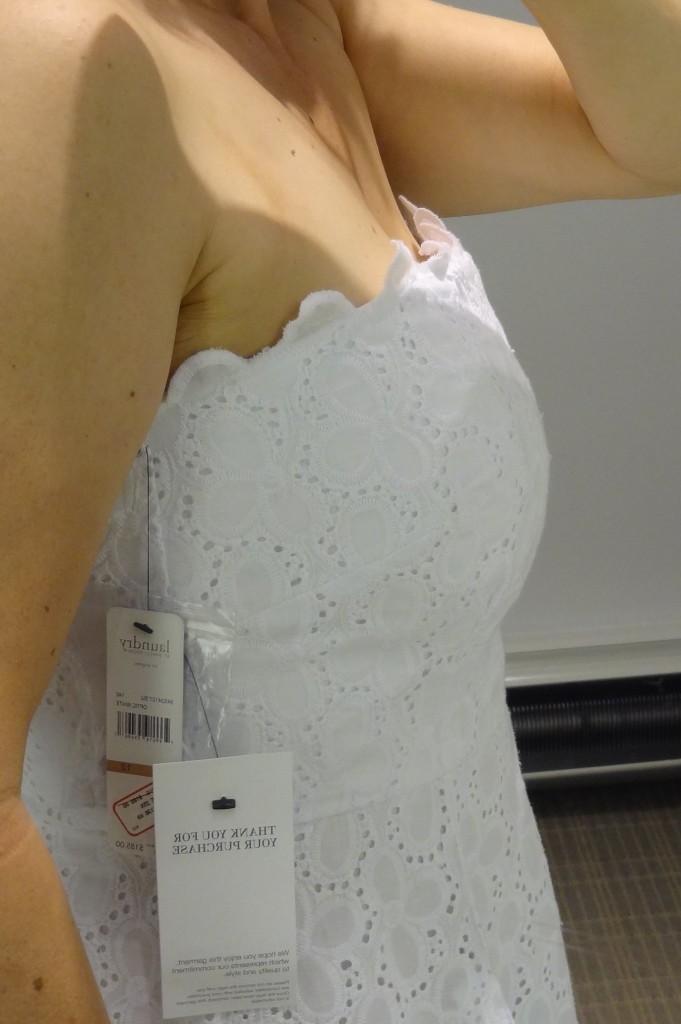 There wasn’t even any boob spillage when I leaned over in it! 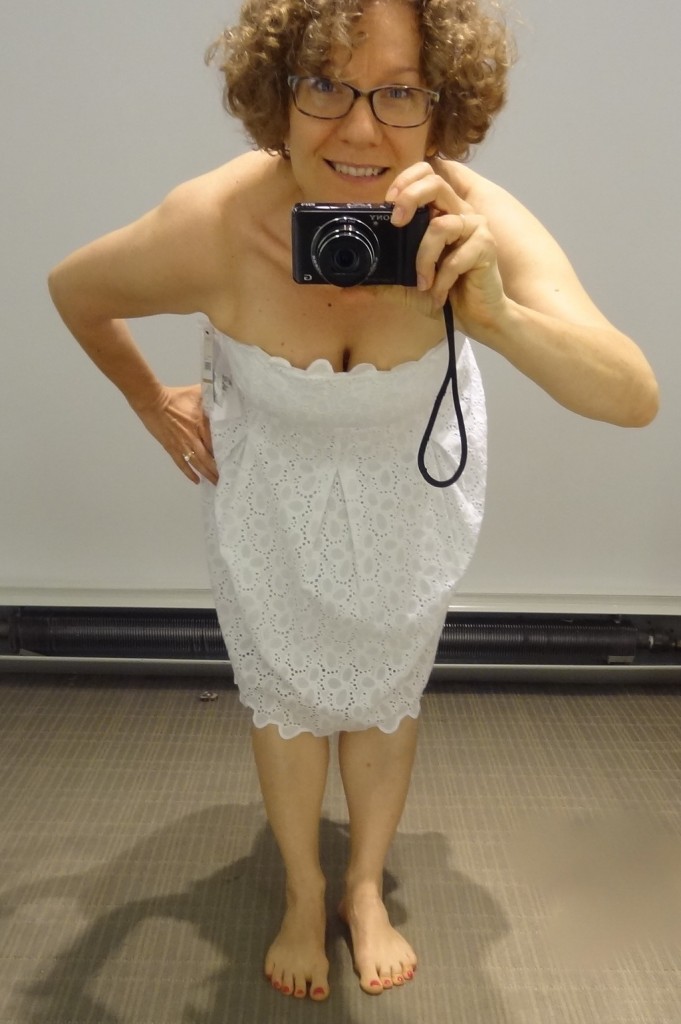 However, the entire goal of a dress like this is to feel pretty, cool and summery, and underboob sweat would totally defeat that purpose. Stay tuned for tomorrow’s post to find out if the Deco longline strapless is the answer for busty women who want to look and feel cool without sacrificing lift.