Even though I live in New York and knew that our governor had a girlfriend, I had no idea she was famous for cooking with cleavage on her own show, Semi-Homemade. I only discovered Sandra Lee because I admire the work of her dressmaker, Dara Lamb, who Facebooked about the process of creating Sandra Lee’s gown ahead of the 2014 Met Gala. Sadly, Sandra’s gown made it onto several “worst-dressed” lists. 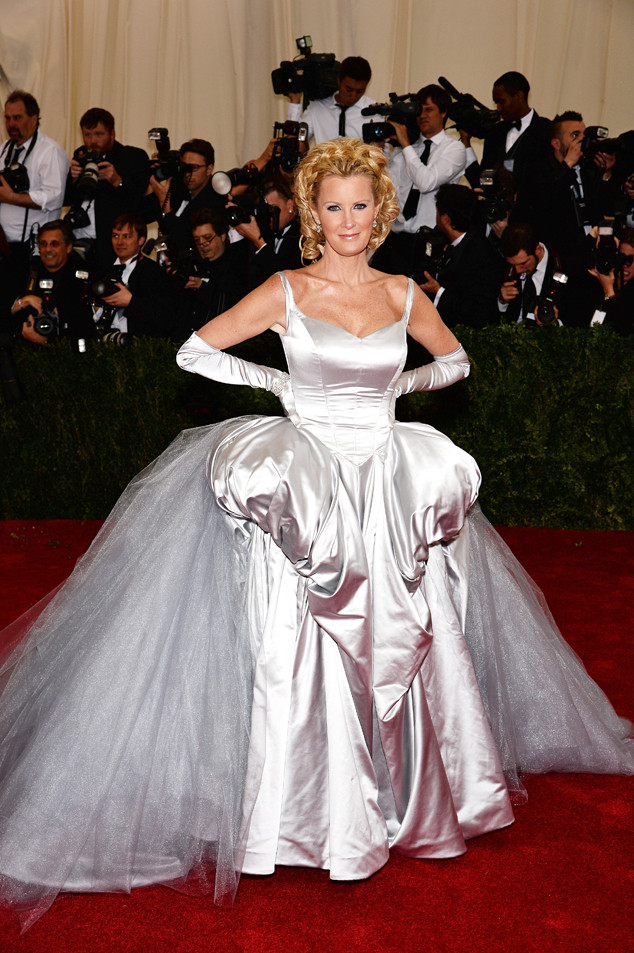 This dress tries to do too much by combining a Charles James pouffy ballgown with the train from his Butterfly gown. However, the fit of that bodice is a DD+ dream!

There are dozens more Sandra Lee red carpet looks on the internet, and this is my favorite. Like the Met Gala gown, it’s shiny and has a train; unlike the gala gown, it isn’t overpowering. Do you think it has sewn-in bra cups so that she can go braless in it? If so, there’s another DD+ dream! 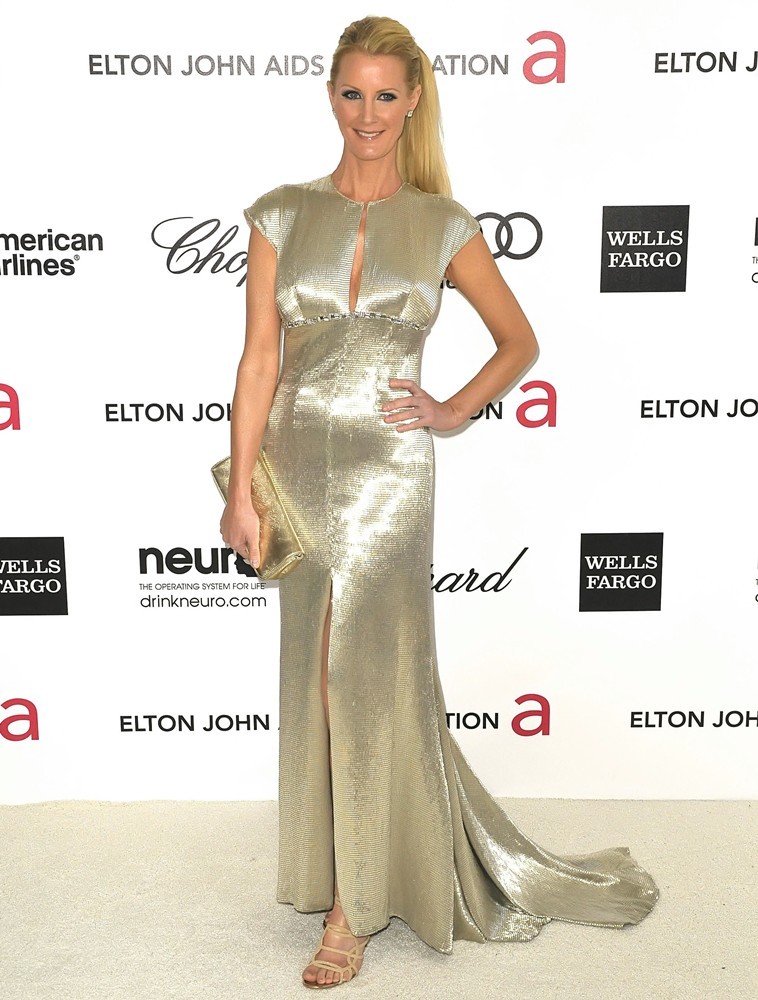 Here’s a side-by-side comparison of how the gowns accommodate a large bust. 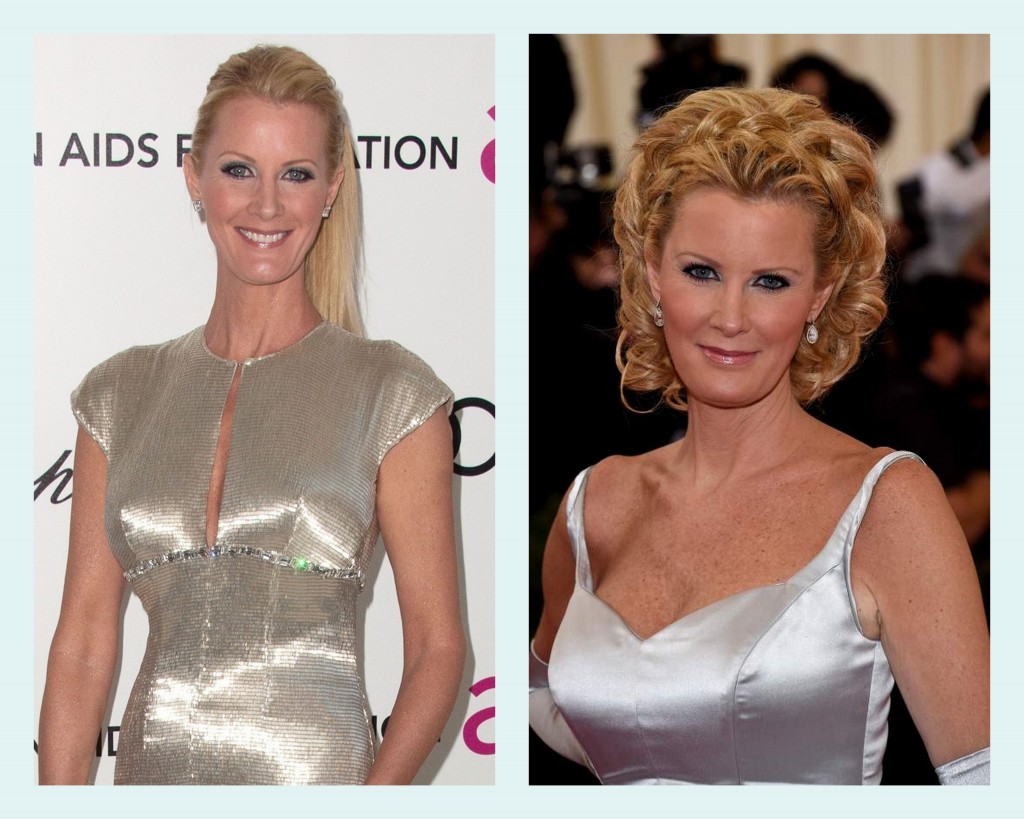