The weather outside is too gloomy for the pictures I wanted to take for today’s post, so what better filler than Claire Underwood’s amazing suit from Season 2, Episode 12 of House of Cards? I promise this won’t become the Claire Underwood Wardrobe Fan Club Blog–Mr. Campbell and I only have one episode left, and we’ll be all caught up. 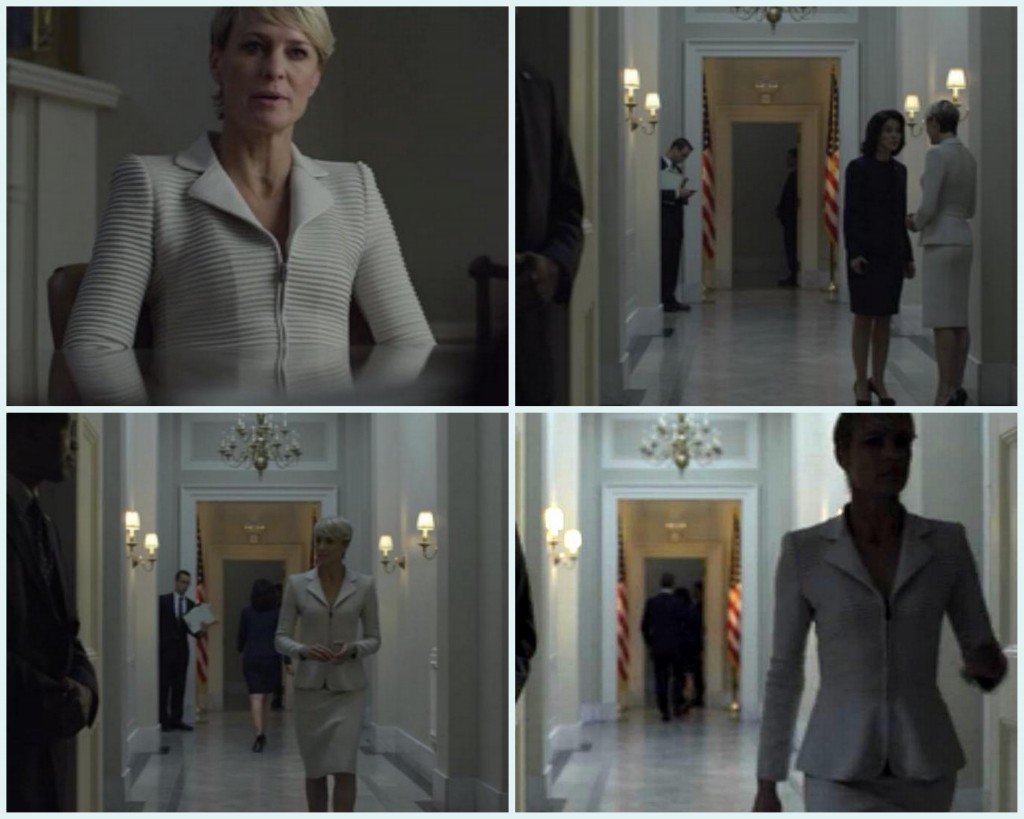 Features that make this a winner for full-busted women:

Finding a jacket like this on the busty ecommerce sites is still a dream, but I’m pretty impressed with some of the jackets they do carry. For instance, I love the back detail of this Aranna jacket from Saint Bustier. 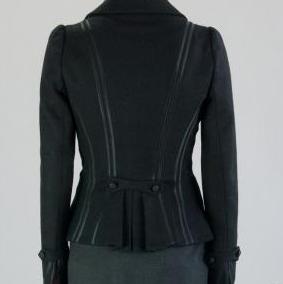 The shape of this Pepperberry jacket is pretty ordinary, but the denim is a nice way to sharpen an outfit without being overly formal, and the reviews on their website are super positive about the fit. 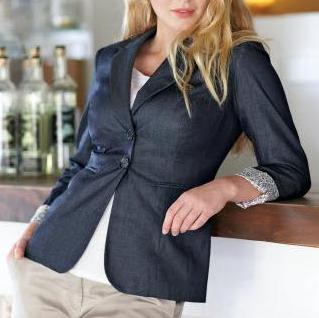 For another casual option, check out Braless in Brasil’s recent Urkye blazer review. She includes links to other bloggers’ reviews as well.

Finally, since the title of this post is about suits, let’s end with DDAtelier’s mix-and-match option. It’s nowhere near as exciting as Claire’s, but it’s a basic that can be very versatile. 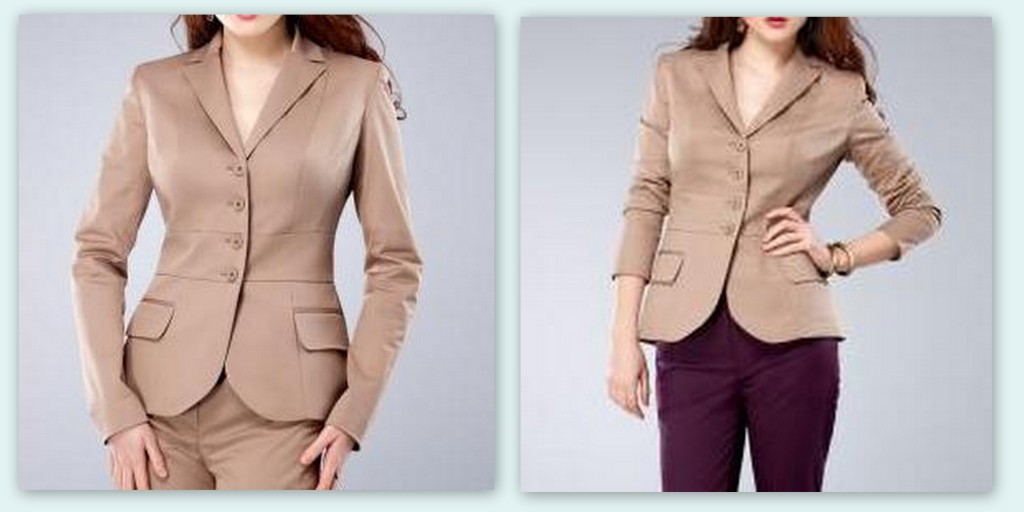 Interestingly, each jacket I’ve shown today has a high stance–a word I’ve just learned from Already Pretty‘s excellent post about how to fit a blazer. A blazer’s stance is the highest point where it buttons. I relate to Sally’s observation that “Busty women may find that [a] low stance, single-button blazer will open up awkwardly at the chest while higher styles sit a bit quieter.”

This is why I dislike the Tempest de Corps jacket below. Yes,  I realize the model is pushing her chest out, but it’s a good illustration of what usually happens to me in a low stance jacket even when I’m not pushing my chest out. 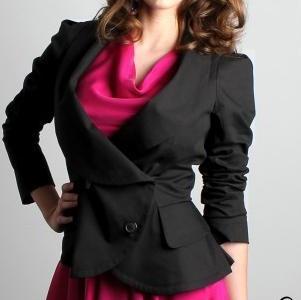 Sally refuses to give any hard and fast rules on this subject because she goes on to say, “On the other hand,  other busty women may find high stance blazers intolerable due to where the bustline falls.” For an example of a low stance blazer that works on a busty woman, you need look no further than June’s photo of herself in the Urkye blazer review that I link to above–the button fastens just below her chest without any strange folding at the lapel.

What kind of suit jackets do you dream about? And are most of them high stance or low stance?

3 Comments on Suit Dreams for a DD+