I don’t like to be New York-centric if I can help it, so for those of you who live far from the Big Apple, consider today’s post as inspiration to host a busty clothing swap in your region. Somehow this year was more fun than last, but it was less work and cheaper! I vowed not to go into the red this year, so I only spent money on cups, paper plates and napkins and asked everyone to bring a food or drink to share. Such yummy things they brought! Here are the Peanut Butter Chocolate Hearts that Sweets made. 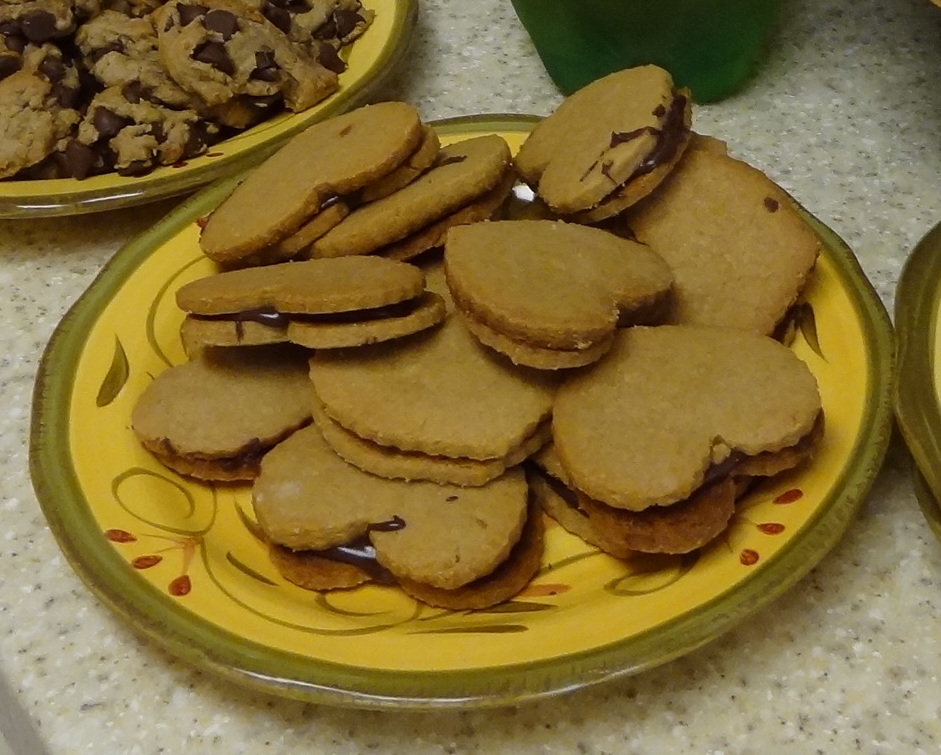 The best thing about Saturday–even better than my new clothes–was meeting amazing Hourglassy readers. Actually, it was kind of intimidating because everyone was so sophisticated, attractive, witty and smart. However, I managed to get past my shyness and strip with the best! Although I had private “dressing rooms” available, no one used them. Instead, we got to admire everyone’s lovely underthings, including Miss Underpinnings’ beautiful Ewa Michalek set and Miss Shapen’s gorgeous Comexim (neither links are to the actual sets they wore).

Not only did we trade clothes, but Leah and Miss Shapen actually brought PinUp Girl, Urkye, BiuBiu and other pieces from their own closets simply for others to try. Next swap I organize, I’m encouraging more sharing like this.

It’s impossible to capture everything that happened on Saturday, so here are just a few glimpses.

Everything began in the basement, where swappers dropped their clothes off in exchange for Busty Bucks.

Then they took their food upstairs (which of course they could eat while they waited for us to finish organizing), and browsed great pieces by Dirty Dolls Lingerie, Marketa New York, Bijte, and of course, Campbell & Kate. While I’m at it, a giant thank you to those vendors, as well as to Bettie Page Clothing, Magic Corsets and Urkye for the fabulous coupons that they contributed to this year’s “goody envelopes”.

There are a million ways to organize swap clothing. We chose to keep the clothing downstairs, where we put knit tops, sweaters and bottoms in their own bins (aka laundry baskets), and we hung up everything else wherever we could find a good hanging place (on lamps, screens, bookcases, drying racks, etc.; if I weren’t against spending this year, I would have stocked up on $10 garment racks from IKEA). Next year I’ll also stock up on wire hangers because they’re easy to bend to hang wherever you want. We put bras, swimsuits and miscellaneous lingerie in a room upstairs. Both places had plenty of mirrors.

I’ll stop writing now and give you more of what I know you really want: pictures!

If there were a prize for bringing the most clothes, this swapper would win it. She recently lost a ton of weight, so a few of us were the lucky ones to get her former size 16’s. Here she’s modeling her denim dress find. She also has her own brand new blog that I know you’ll want to follow, Upfront and In Brief.

She wasn’t the only blogger to make an appearance (besides those I’ve already mentioned). Thanks to this event, I also discovered Anna’s Tumblr, Fashion It So!

And Diane from Motherhood is Painless, whom I’m hoping to meet for French pastries tomorrow if I can get there before her son’s school day ends.

Finally, it seems appropriate to end with the bag that Miss Shapen arrived with. I want these for our goody bags NEXT year! 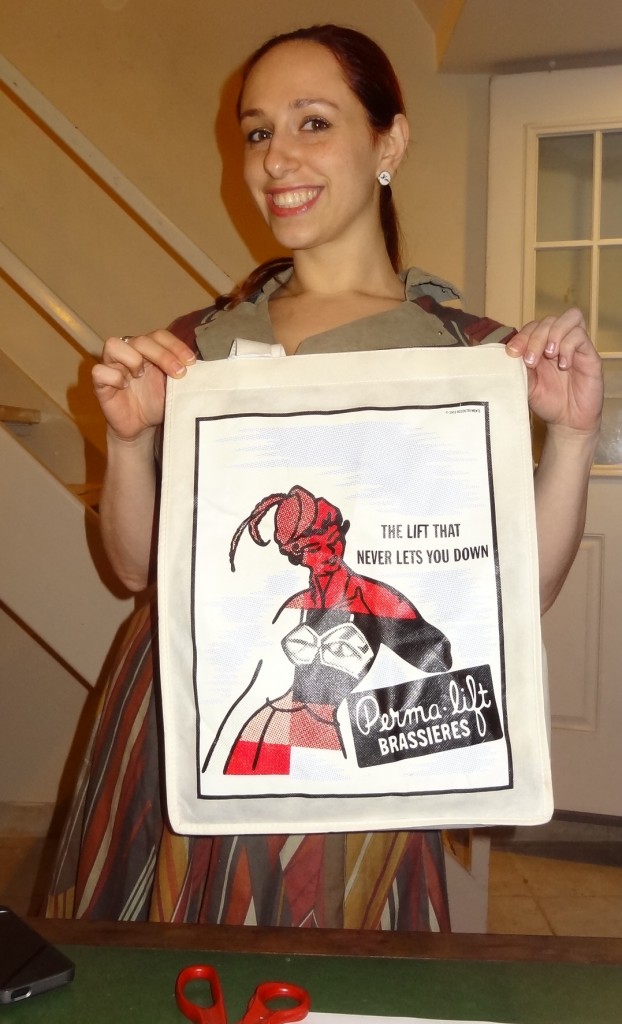