I know that some of you bristle at being told what you can and cannot wear, but I love the structure that “rules” provide. Admittedly, they can be stifling, but have you considered their wardrobe-expanding nature as well?

Here’s an example. After learning that my underbust is narrower than my waist at the Knit to Flatter workshop, Amy Herzog told us that it can be extremely flattering to create a line at the narrowest part of our torso–with a belt, for instance. “But won’t that make me look like I have boobs on a tray?” I asked.

“Don’t do it if it makes you feel uncomfortable,” she said immediately.

Guess what? When I’m considering a change from how I’ve always done things, the last thing I need to hear is, “Stay in your rut.” The logic of her idea had just opened my world, but when that happens, my first reaction is to look for a reason that the new idea won’t work for me. I need a little hand-holding and cheerleading,Â Ã  la “Come on, try it! You’ll look amazing! You won’t look silly. You won’t look like you’re all boob!”

Amy didn’t give me that, but she did tell us about Stephanie Pearl-McPhee, a well-known knitter who described her own self-consciousness after finishing a sweater with a line running parallel to and directly beneath her bust. I love this post. 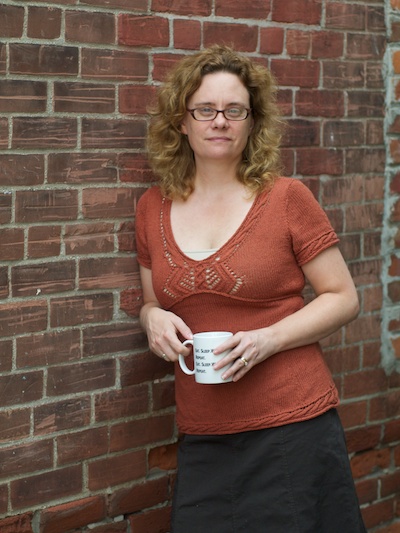 What I’ve come to realize is that there is more than one way to create a horizontal line beneath my bust, and that one reason I’ve never done so with a sweater like Stephanie’s is that I could never find one to fit my large breasts. You know–it’s the old boob bifurcation problem. (By the way, I’m super excited to have just discovered that Stephanie is knitting the exact same sweater that I’m going to begin! And my yarn is supposed to arrive today. I can’t wait!)

The trick with rules is not to let them rule you–simply let them guide you. Figure out the logic behind them and how or if that logic applies to you. I was absolutely delighted with the comments to Monday’s post about sleeve length because, as much as I dream of being a big bust dressing expert who knows exactly what every busty woman should wear all the time, the reality is that I’m simply a busty woman who loves to try to figure things out and share what I learn as I go along.

Unfortunately, I can also be pretty rigid about some of the rules that I’ve learned. I realized this when I found Girl With Curves through Already Pretty last month and became mesmerized by Tanesha Awasthi’s outfit posts in her Girl With Curves gallery.Â  Although it isn’t obvious from every post, I’m pretty sure that Tanesha qualifies as full-busted. 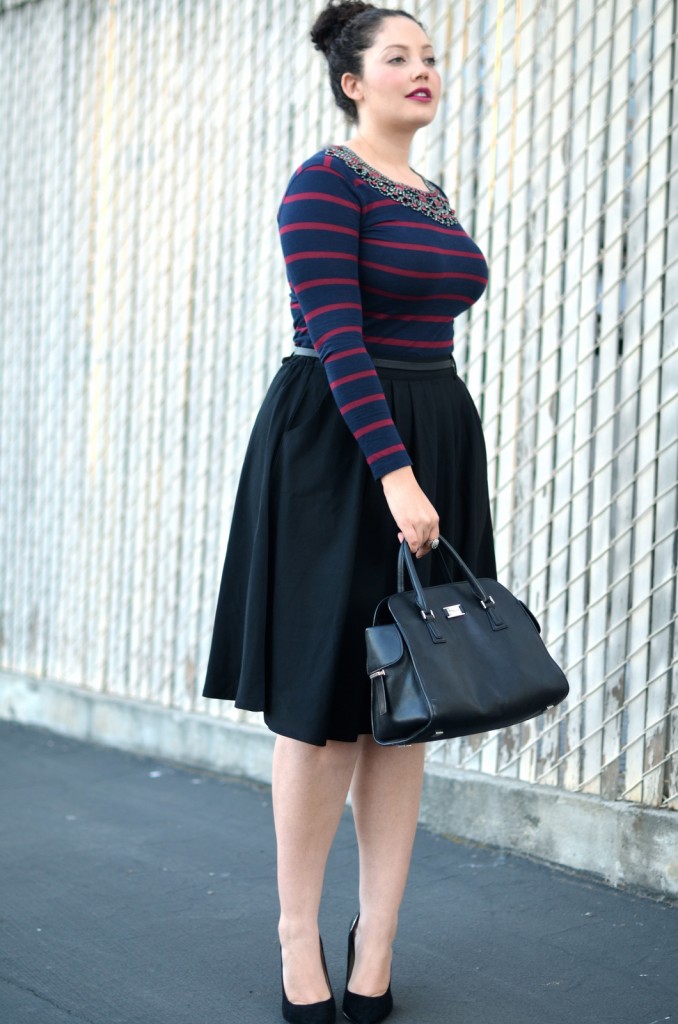 If you study her outfits, you will see that many of them follow the “rules”. There’s a lot of figure-hugging going on, together with a lot of wraps, scoops and V’s. But if she stuck with these looks alone, her blog would be pretty ho-hum. 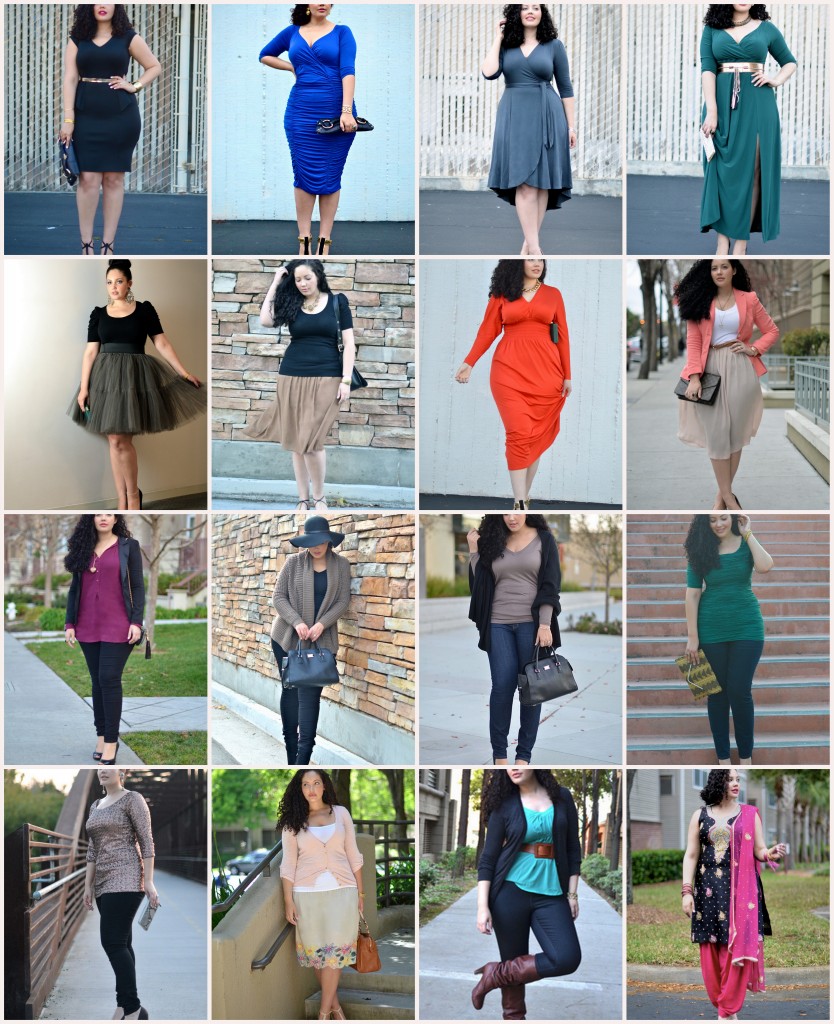 She also wears items I would automatically avoid in a store and creates outfits with them that I don’t particularly love (although I do like the rust ruffled top, the tan turtle neck with taffeta skirt and the loose, baggy sweater below).

Finally, she takes pieces that I consider off limits to women with large busts and comes up with looks that even I can get behind. Do you know why I think these work? Because they follow other rules!

6 Comments on Why I Love Busty Dressing . . . Guidelines