Rather than leaning in to being busty, I may be jumping off the deep end. Last Sunday I attended a six-hour master class taught by the Knit to Fit author herself! 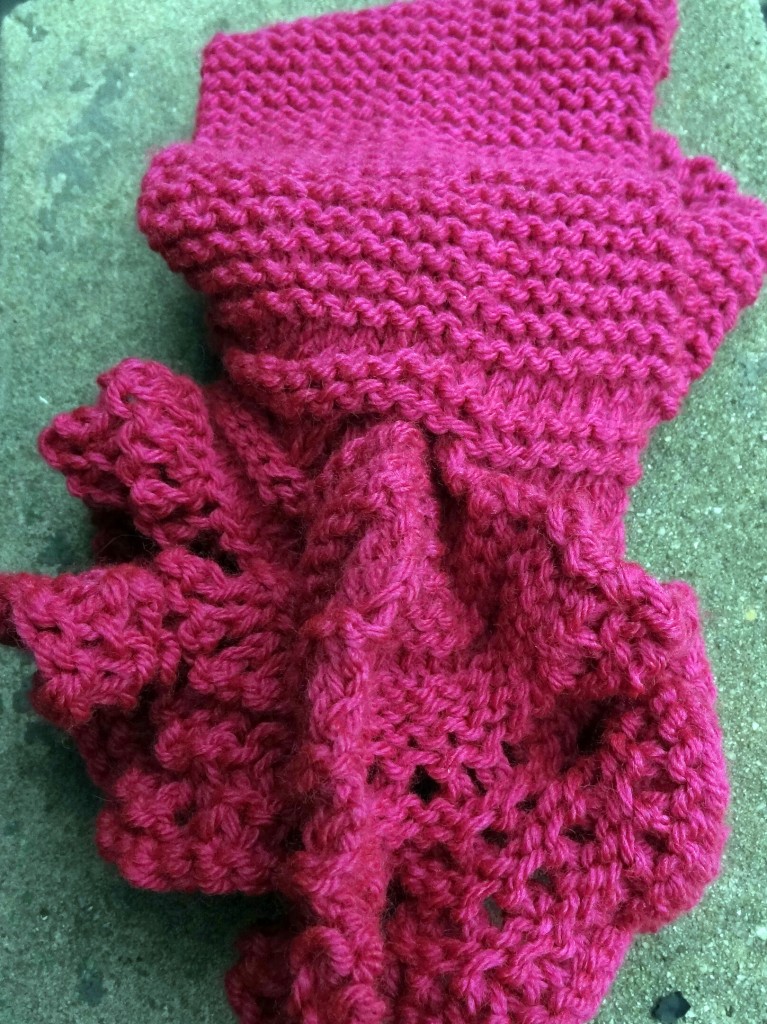 The scarf I’m almost finished knitting for my mother for her birthday. See this link for a better idea of what it’s supposed to look like: http://www.craftsy.com/project/view/lacy-keyhole-scarf-from-knit-lab-class/1984%5B/caption%5D

After coming away with a fascinating new insight about necklines, I thought my blog post on the topic would magically write itself by yesterday. It turns out I need to take a lot of photos and experiment and think about it some more, so I’ll write about it next week instead. However, Amy Herzog introduced the concept last Friday in her blog post about deep necklines if you’d like to get ahead.

In the meantime, WOULD YOU TAKE THIS EASY-PEASY NINE QUESTION SURVEY ABOUT YOUR NECKLINE DEPTH by midnight Sunday?

After Amy Herzog shared her own and “Miss Average’s” measurements during the class, I’ve become super curious as to whether there’s a typical range of measurements for Hourglassy readers. I bet you’ll be just as curious when you read my survey, and I’ll share the results next week. To measure yourself for this survey, place the edge of a ruler or other flat object horizontally across the fullest part of your bust and measure from your shoulder seam down to the ruler’s edge.

Besides taking a ton of measurements, we also marked up photos of ourselves to determine which of three body shapes we were: top heavy (not my favorite descriptor!), bottom heavy (how doesÂ  “bottom dominant” sound instead?) or proportional.Â  Here’s mine. 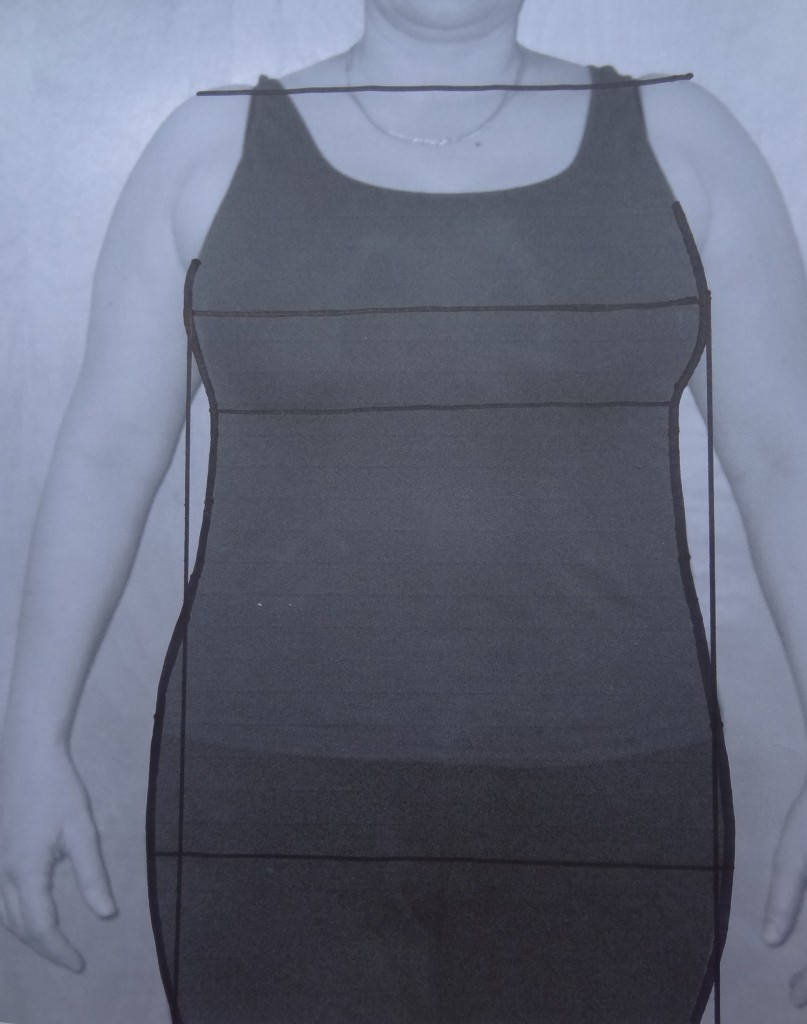 Why yes, June of Braless in Brasil, my narrowest point is my underbust rather than my waist. Who knew?! Amy said she has seen this a lot for large-busted women–something I know doesn’t surprise June, but it surprised me. For more on this, see June’s excellent discussion here: http://www.bralessinbrasil.com/2012/03/underbust-survey-part-5-clothing-sizes.html%5B/caption%5D

Because my hips are only slightly wider than my fullest point on top, I am considered proportional. However, Amy paused for a long time when she saw my photo, so maybe there’s a question.

Are you interested in figuring out your own body shape? Then see the steps that AzzyWazzy took.

AND REMEMBER TO ANSWER MY 9 EASY SURVEY QUESTIONS ABOUT NECKLINE DEPTH!