In a nutshell, that’s how I feel about modesty, and it’s how I decide what to wear in public. Perhaps you can see why I’ve been avoiding this topic. For some, my approach is tantamount to claiming that breasts are bad, but they’re not.

After all, how can a simple body part be “bad”? On the other hand, they aren’t exactly a simple body part. Rightly or wrongly, they’ve been loaded with meaning, and the biggest one is sex. On a strictly biological level, it makes sense because developing breasts signify puberty, but there’s more to it than I can even begin to cover here. On a practical level, I just know that in the United States and many other countries, a lot of people draw a connection between boobs and sex. 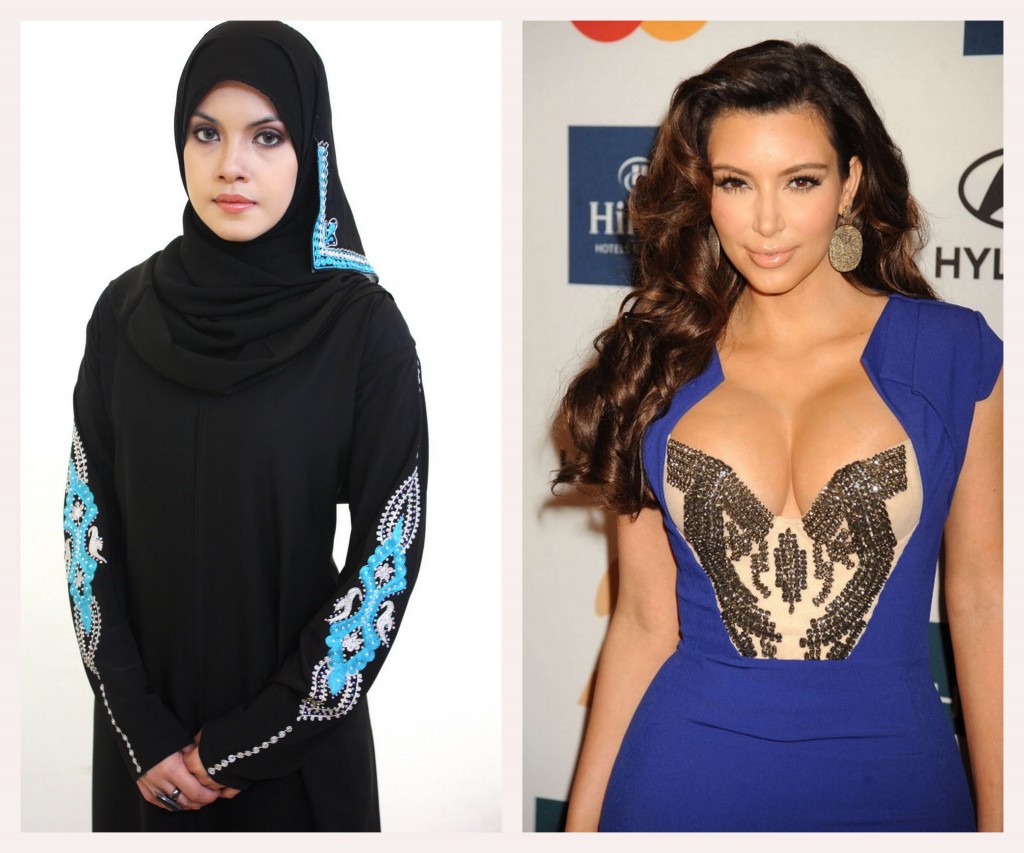 I’m not going to sever that connection anytime soon. Whether I march onto the subway in a neckline that barely covers my areola or in an abaya that covers me from head to toe, people will maintain the connection between breasts and sexuality. What matters to me is how easy I make it for them to connect my breasts with sex, and they are more likely to do so if I’m wearing the plunging neckline than if I’m wearing the abaya.

But I don’t plan to wear an abaya. Being modest with breasts–especially big breasts–isn’t an all-or-nothing proposition. I see a spectrum of living with large breasts that falls between two extremes. At one extreme, a woman disguises her breasts with baggy clothing. At the other extreme, she highlights them with lowcut, tight and minimal clothing. Living at either extreme doesn’t require much thought, but living between them does.

I try to explore what it means to live between these extremes on Hourglassy. Although you can tell from the title of this post that I tend to err on the covered-up side, this blog gives me a way to think about and experiment with where I want to be on the spectrum of big bust dressing for any given situation. I hope it does the same for you.

Here are the results of the Vavavoom poll that I posted several days ago. I asked, “In the time that you spend outside your home, what percentage of it is spent wearing clothing that intentionally emphasizes your large breasts as an asset?” One hundred twenty-five of you answered:

As proof that there’s nothing simple about this topic, check out the great comments to the poll. Also be sure to read the upcoming posts by the rest of The Modesty Panel!