Today is a roundup of pieces of busty news that I’ve been collecting for you since August. There’s a little something for everyone, so let me know which piece of news most excites you after reading through to the end!

In 2009 I showed you this adorable cami-bustier sample from a Brooklyn full-bust startup called Bijte (pronounced BEEZH tay). I had high hopes for this new full bust brand, but I lost interest once the company’s website launched and I saw that its sizing ended at an F cup. 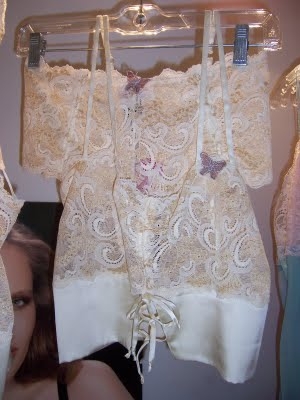 My enthusiasm returned when I met the company’s founder, Diana St. Louis, for drinks in Times Square last Thursday night. 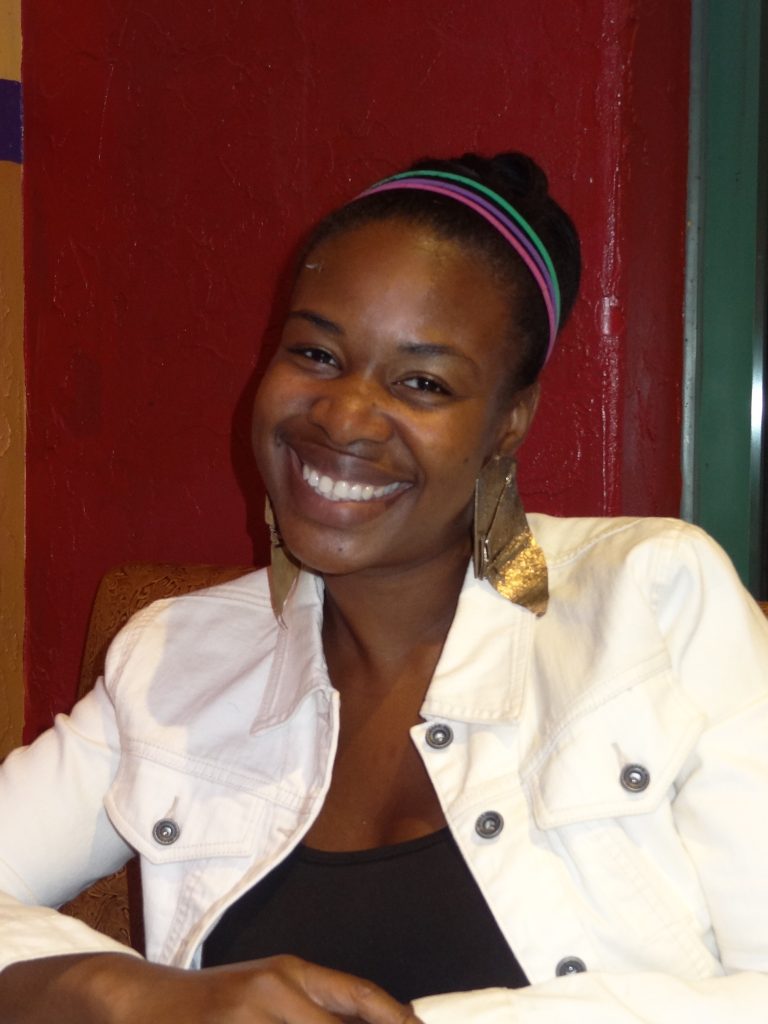 Guess what? The Bijte size chart only tells part of the story.Â  Diana wears a Goddess size 32J and a US dress size 10 and fits the Bijte Medium! She tells me I should be able to wear a Bijte Large. Now that we’ve met, she’s going to update her size chart, but contact her directly if you’re ready to purchase one of her pretty little big bust pieces before she gets around to it.

I’ll review a Bijte piece here once I decide which one I want to make my own, but you can see, it’s a tough choice to make!

If Bijte is good news for the straightforward full-bust market, Urban Intimates is good news for the full-figured full-bust market. Thank goodness their booth was next to Affinitas at Curve or I may never have discovered them for you. Urban Intimates’ “serious” large cup offerings go from a 36G through a 42H (not UK sizing; they begin at 32D), and the MSRP for the bras and matching panties that I saw at Curve began at $36 and $14 respectively. Urban Intimates’ goal is to produce “affordable luxury”, and this certainly accomplishes that. (If you go to their website, you’ll see styles and sizes up to a 44H that are being discontinued and will soon be removed from their website and replaced with items that are due out in February.) 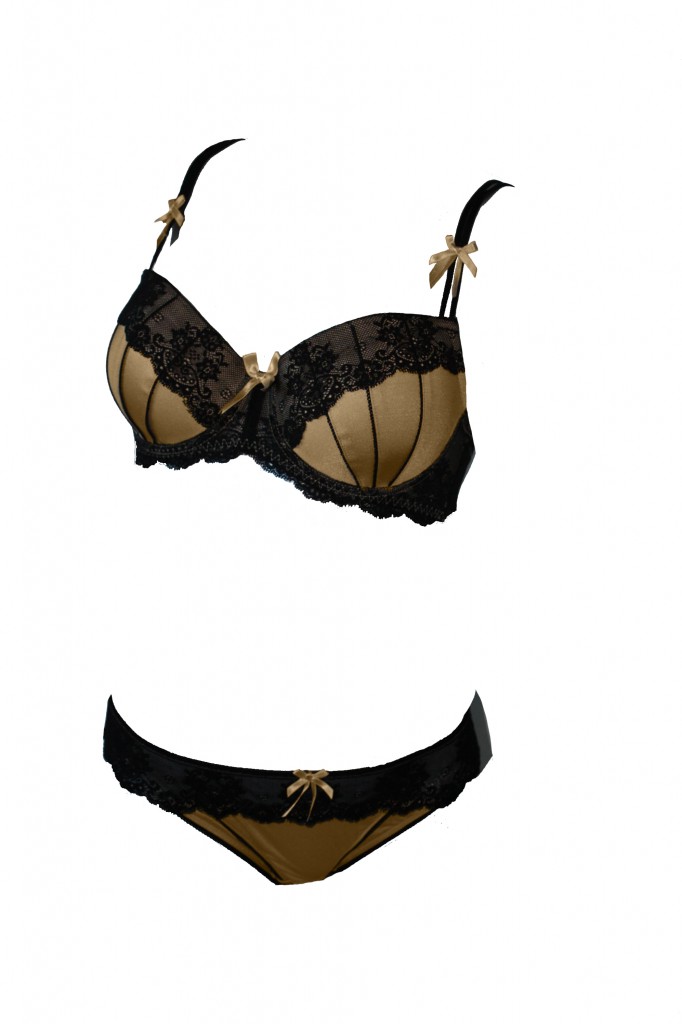 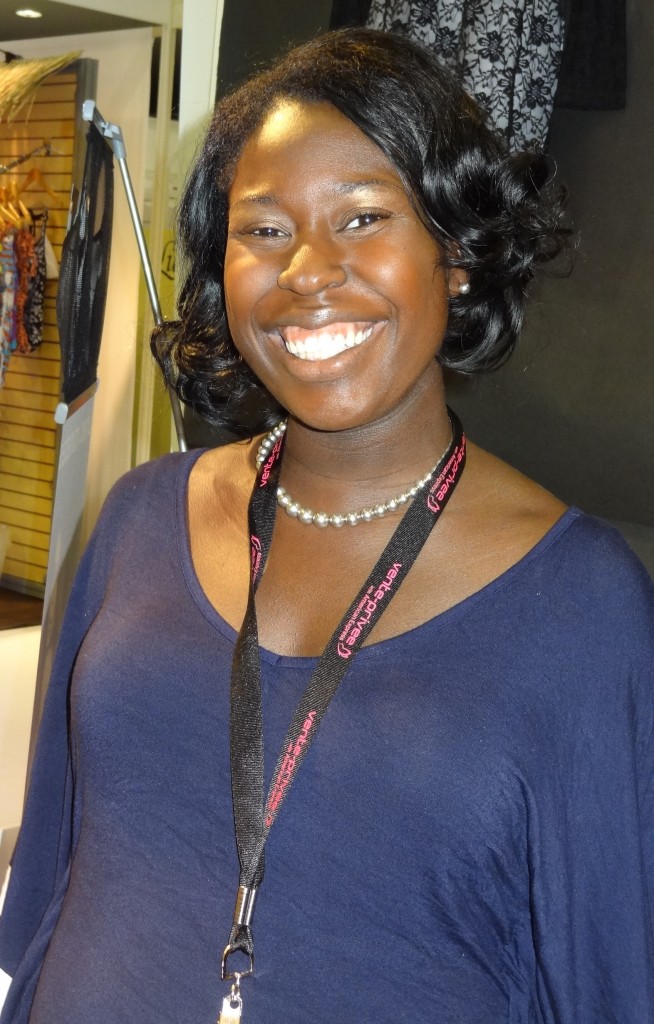 At Curve, founder Psyche Terry told me how she grew up with low self-esteem because of skin problems and body size and weight. She felt too small at a B cup, but her confidence grew with her first pregnancy when she became a DDD. Now she works to help other women accept themselves through her skin care and lingerie lines. She told me, “This is who I am, and this is why I’m made, and this is my statement to the world.”

Of the 19,000 companies that applied to a Macy’s workshop for small manufacturers, Urban Intimates is one of only 22 that were accepted so there’s a good chance you’ll find this brand in Macy’s lingerie departments soon. They have already dressed Khloe Kardashian and other basketball wives in their bras and lingerie, and you can find their Urban Hydration products in 200 Marshalls stores.

Here’s more good news for D+ women who wince at the $50-plus price tags of most bras in their size. Whimsy by Lunaire will be offering H cups in three of its styles by Spring 2013 (likely beginning at a 34 band).

I recently tried some of the current Whimsy styles that go up to a G cup at the Herald Square Macy’s and was disappointed to find that they don’t seem to be made for me. The wires seemed to be too wide and the cups too shallow for my breasts. However, it’s definitely worth a try the next time you’re in a Macy’s, Dillards or other large department store that carries this brand. They really have gorgeous styles.

The one Lunaire bra that lifted, supported and separated me was not one of the gorgeous styles, however. It was their sports bra. I tried it in boring nude, but this Vaportex sports bra will be available on May 15, 2013 as well. A rep from the company told me that some women live in the Lunaire sports bras for everyday wear and refuse to wear anything else. (Hmm . . . is this a SAHB possibility?) 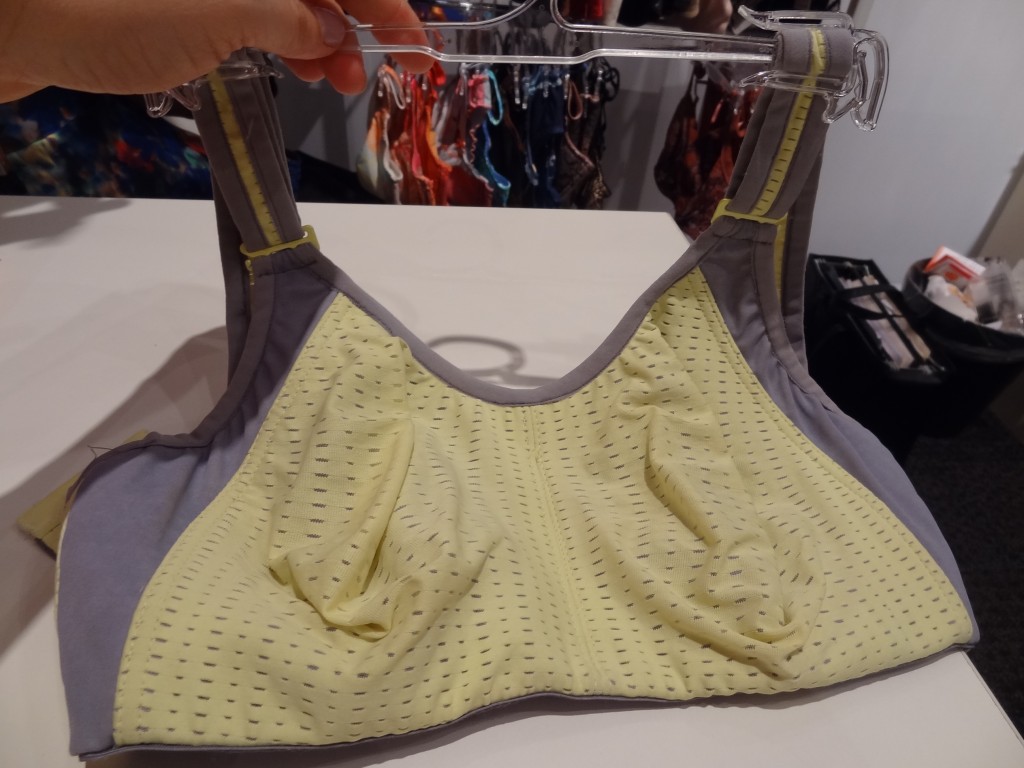 On the entirely opposite end of the price spectrum. Empreinte has recognized the demand for H cups and will be offering them in some of their basics and full-cup styles. If you read about my doomed love affair with the Kaela bra, you know how much this thrills me. Their H cup offerings will include their popular Thalia, and for those of us who can’t make it to their Paris boutique to customize our bras, the Thalia comes with three different accent pieces that allows you to personalize it according to your mood.

Not all of these will be available in an H cup, but I can’t resist sharing the other gorgeous Empreinte pieces that are coming out soon. 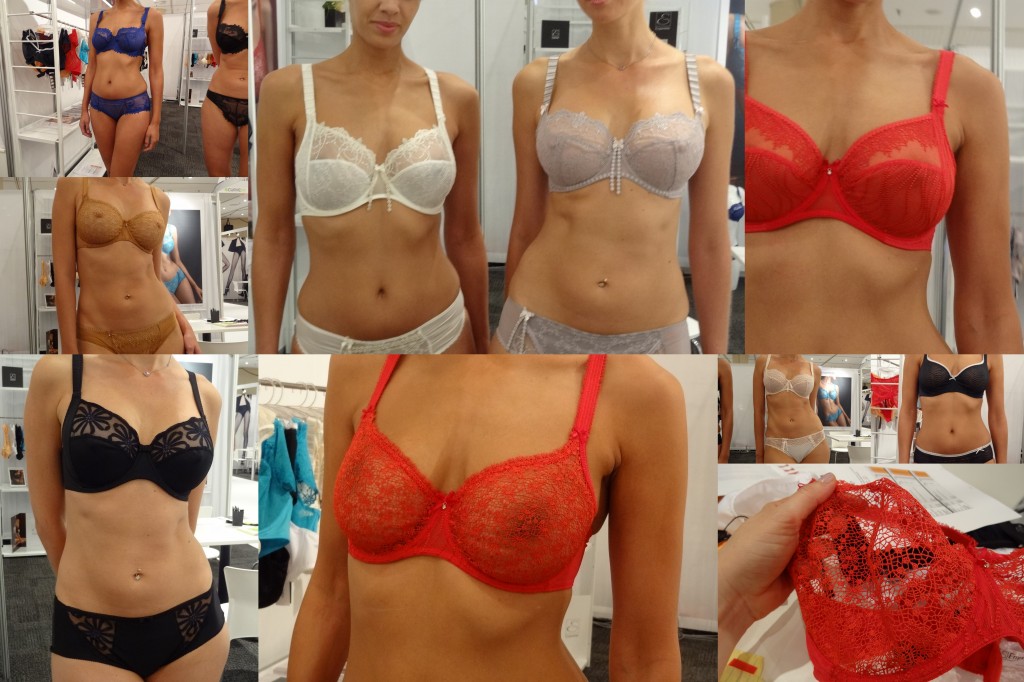 Although it’s a big deal that some brands are offering H cups, one company continues to go even further. Curvy Kate has just released the world’s first T-shirt bra that goes up to a J cup. Now women who wear some of the largest cup sizes can have a smooth and lifted look, thanks to the “Smoothie” that is supposed to be available from from ASOS and Very this month! 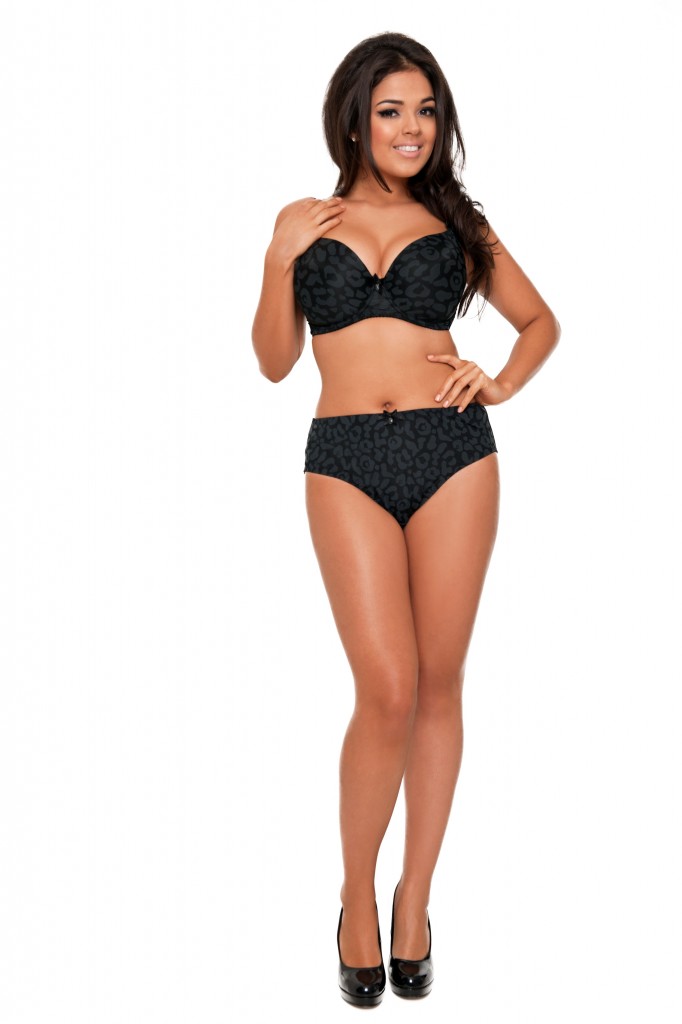 Finally, for those of you wondering what the Wacoal acquisition of Eveden means, I was able to get some perspective from an industry insider at Curve. It helps to understand the structure of the transaction. Wacoal America and Eveden are entirely separate companies owned by Wacoal Holdings. Wacoal Holdings has a large presence in Asia. It also has a presence in America through Wacoal America. But until it purchased Eveden, what it didn’t have was a presence in Europe. Now Wacoal Holdings believes that it can claim that it is “able to fit every woman in the world”. It’s hard to imagine that the two subsidiaries won’t have an influence on each other at some point via their common parent, but for now it appears to be business as usual.