I’ve found another use for that striped top I found last March: demonstrating the lift and shape of my recent bra purchases!Â  If I had discovered this use at the beginning of my recent bra shopping run instead of at the end, I wouldn’t have purchased some of the bras you see below. My five new bras represent the “natural hang” that Benita prefers, the “standing at attention” that I prefer, as well as soft mounds and pointy peaks.

Can you match the bra to the lift? I was going to spell it out for you, but I thought a quiz would be more fun. Just answer in comments by putting the letters in the order that you think I’m wearing them. For example, you would answer CBAED if you think that from left to right I’m wearing the Masquerade, Wacoal, Emily, Fantasie 4520 and Fantasie 2222. I’ll post the answer in the comments tomorrow! 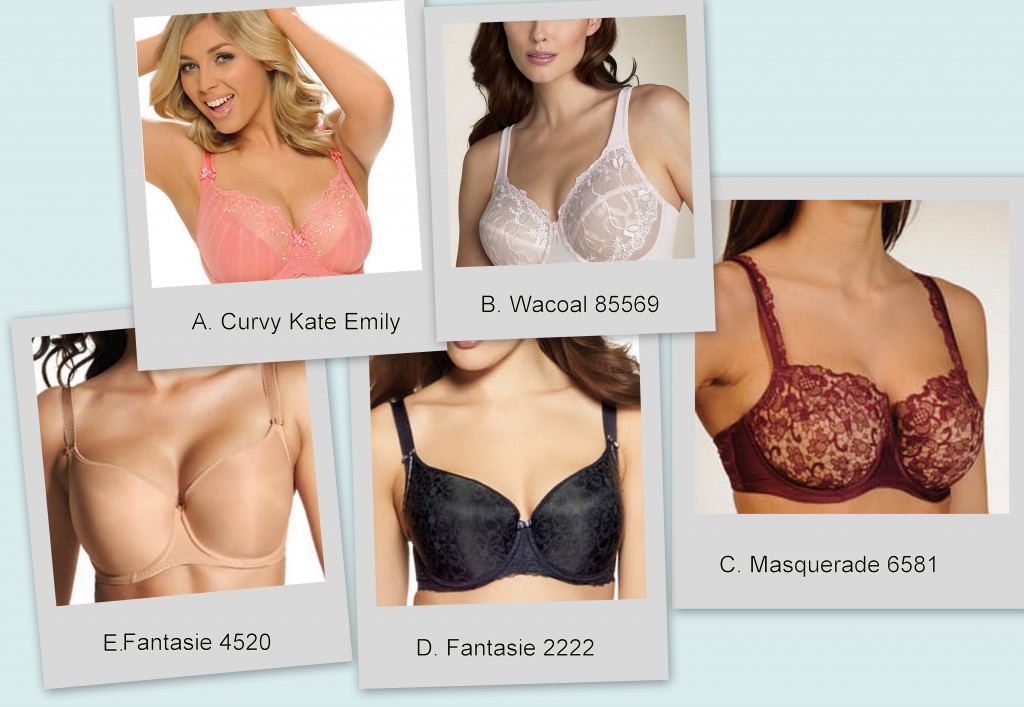