Besides Best and Worst, I bet you have two other categories for Oscar dresses:

Gorgeous and Impossible for Large Busts 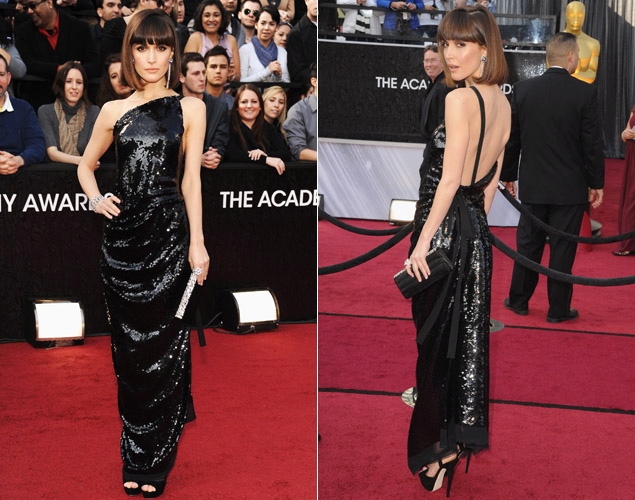 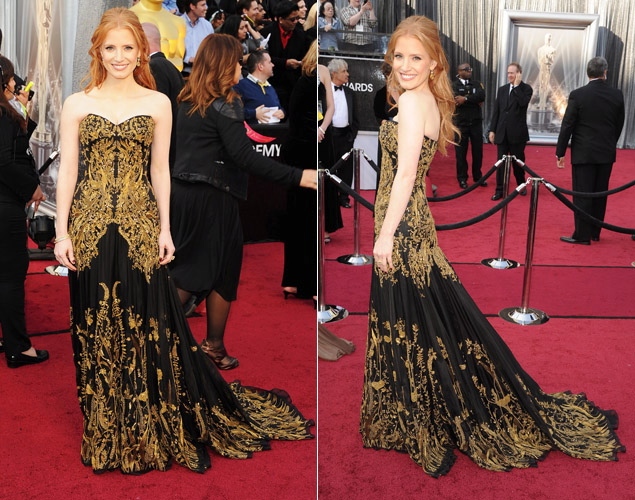 Actually, those of you who wear 32-36E are pretty lucky because you have this option from Va Bien. You can see photos of the back on the Bare Necessities website. 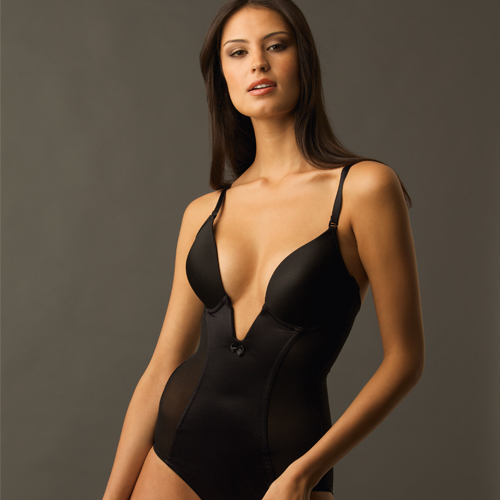 And those of you who wear 34-40F have this Va Bien option. It won’t allow you to go backless, but notice the nice little dip in back. 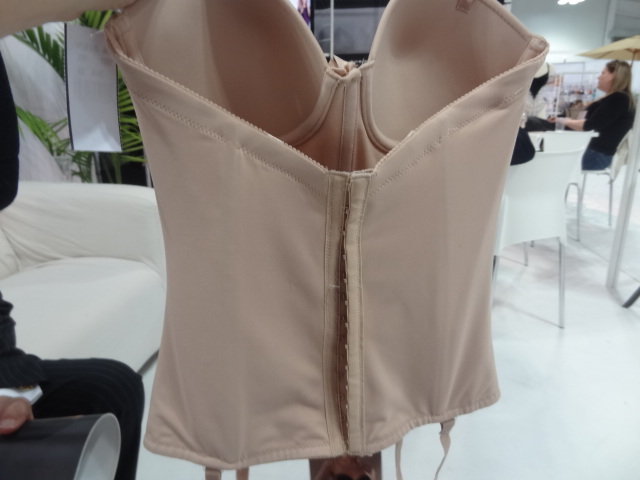 What really impresses me about this piece is the extra panel of fabric that covers the front boning so there’s less chance of it showing up under slinky fabric. 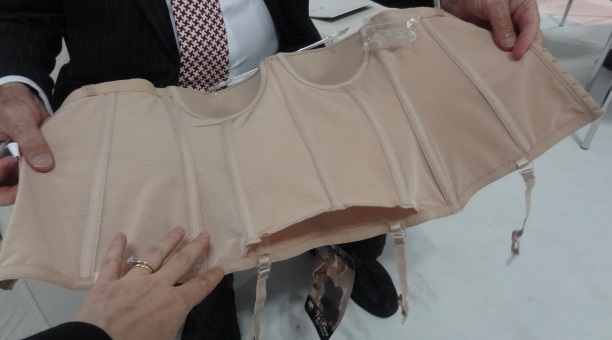 Judging from the Herroom reviews for this product, it’s a good idea to go up in the band and down in the cups, so there’s a chance this bustier could even fit women who wear a G cup.Â  As a 34H, I’m actually hoping that a 38F will work for me. Ever since reading about Christina Hendrick’s shapewear for Mad Men, I’ve wanted to try something like this. However, I haven’t wanted to go the whole lace bullet bra route that seems to be common in old-fashioned bustiers.

If you remember my earlier review of the Spanx open-bust bodysuit and are wondering why I’m still on the hunt for shapewear for G/H cups, it’s because I still have back rolls in my Spanx, and I’m not noticing a ton of difference in the room it gives me under my 14L Campbell & Kate shirt. I may be looking for a Holy Grail, but when the founder of Va Bien explained the difference between Spanx and cut and sew options like Va Bien’s bustier, my hopes rose again:

In other words, cut and sew shapewear gives you more hourglassy-ness.Â  Lucky for me, Va Bien is going to send me a bustier to review.Â  Lucky for you, they’re also going to give three lucky Hourglassy readers their choice of a Va Bien piece–look for details about this upcoming contest soon!

Finally, if you are above an F cup and have a red carpet strapless you’re dying to wear, you should look into Va Bien’s Ultra-Lift Stapless Bra that goes up to an I cup.

Each of the pieces I’ve mentioned in this post use Va Bien’s “ultra-lift” technology, or three stays in each cup that help prevent droopiness. 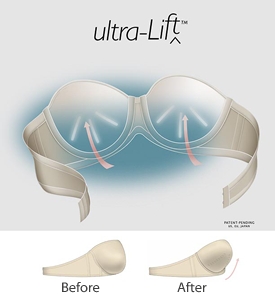 I felt the stays when I handled the strapless bra at Curve last week, but I’m very curious to see the effect when actually wearing one.

It turns out that this patented technology has been around for five years.Â  I go to Curve to find new developments for women with large busts, but it looks like I have some catching up to do.Â  In fact, I wouldn’t even have discovered Va Bien if I hadn’t been eating my peanut butter sandwich at the same table as its founder, Richard Gimble, last Wednesday. For those of you who are bra geeks like I am, read more about what I learned from Richard after the jump.

Richard told me that it takes 18 minutes to mold the cups that use the Ultra-Lift Technology.Â  That doesn’t sound like much time, does it?Â  Until you realize that a regular cup takes only 30-45 seconds to mold. 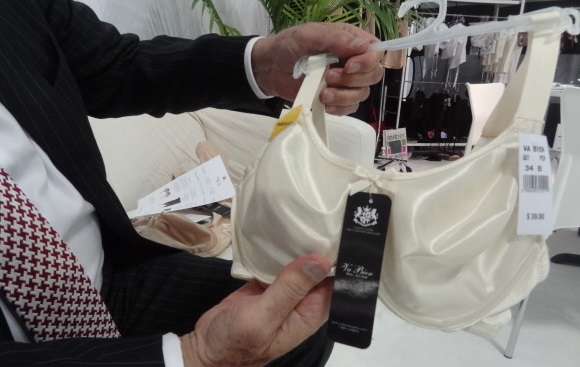 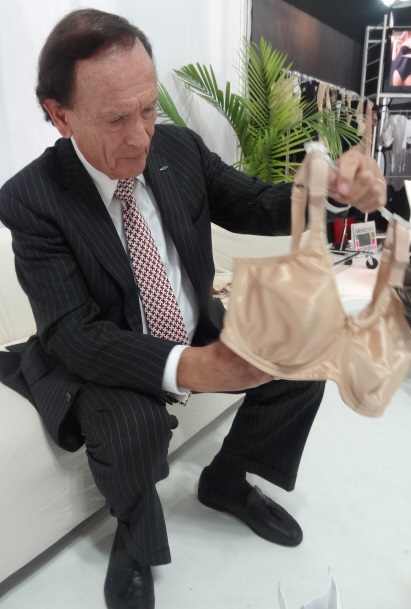 I wish we could know which celebrities were wearing Va Bien under their dresses last night, but here are two recent celebrities that Va Bien is pretty proud of:

I would love to hear from any readers who have tried Va Bien and can compare it against other full-busted strapless and shapewear options available to us!

(And can anyone find a photo of the back of Viola Davis’s dress? I give her D+’s an A+.Â  Maya Rudolph gets a “pass”, but that neckline could have been made to do so much more for her!) 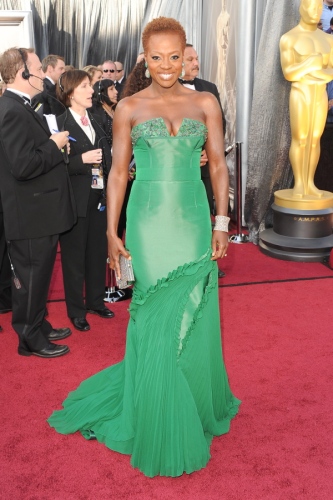 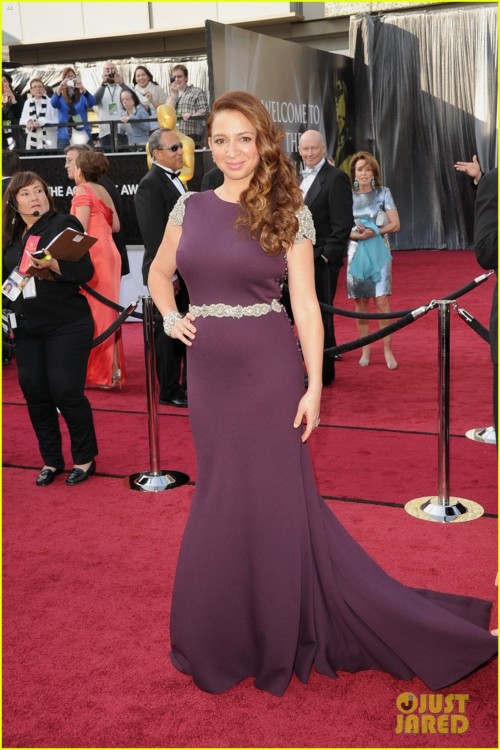