This is my own beautiful mother sometime in 1963 or 1964, in the mountain town of Dalat, Vietnam. I love that someone thought to photograph her holding a camera since most of our family albums are filled with the pictures that she took.

Stylistically, when I look at photos of my mother, I don’t understand how I can be her daughter.  She was always sleek and pulled-together, even in the 100% humidity of Vietnam and the Philippines, where she and my father worked as Protestant missionaries, and now in the 90% humidity of Florida, where they have retired.

Physically, I’ve never thought of my mother as large-chested, even though my father’s sister insists that my sisters and I inherited our large chests from my mom. More than likely we received a double-dose of the big bust gene because, to my pre-teen eyes, my father’s mother resembled a sweeter version of the teacher in Calvin & Hobbes. 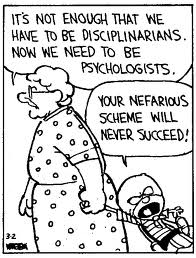 Perhaps my mother was larger than she looked because of her tiny back.  None of us could even fasten the buttons of her wedding gown when we took turns trying it on. 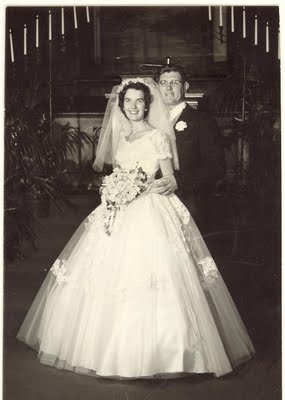 Of course I didn’t realize how glamorous my mother looked when I was growing up, and of course I dismissed all of her well-meaning advice about how to dress:  “You have a darling figure.  Show it off!”  If only I’d listened . . . .