Now that we’ve wrapped up our coverage of the A/W21 Curve Expo, it’s time for some bra reviews. During Curve, as we were speaking to the press representative for the Playful Promises family, a marketing team member reached out to us at the same time. As far as I know, it was truly a coincidence. Apparently, our collaboration was meant to be!

This week, I’m sharing the Deja Day “Grace” plunge bra in mint green, size UK 30G. My fellow writer Astrid, aka Still Busty Gal, will also be writing about this bra in another size for an upcoming post. Her bras are stuck in the post, though, so you may have to wait a little while for hers. For another coincidence, when we were each offered 2 bras to review, we both chose the Grace bra in the same color as one of our pair. Great minds think alike, right?

By the way, stay tuned to the end of this review for a special Hourglassy discount code for the Playful Promises online store!

In general, Deja Day offers simple everyday styles, but in a variety of happy, bright colors. The brand is quite affordable, with bra prices starting at just $36 USD. I chose the Grace bra because it’s my first time trying the brand, and this looks to me like the most conventional style, so it seemed like a good starting point. 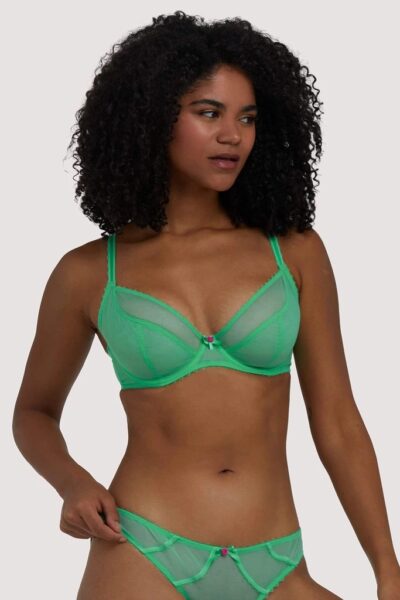 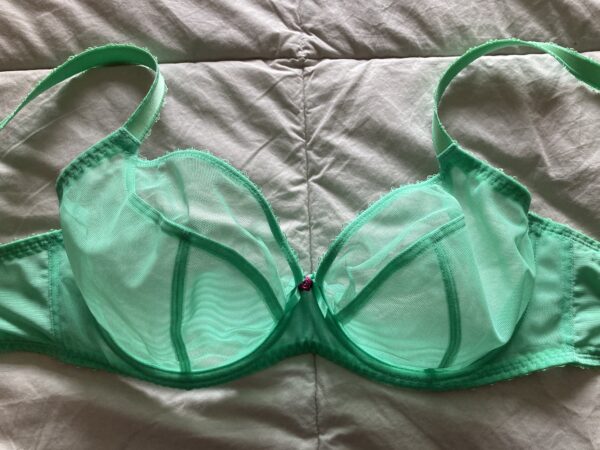 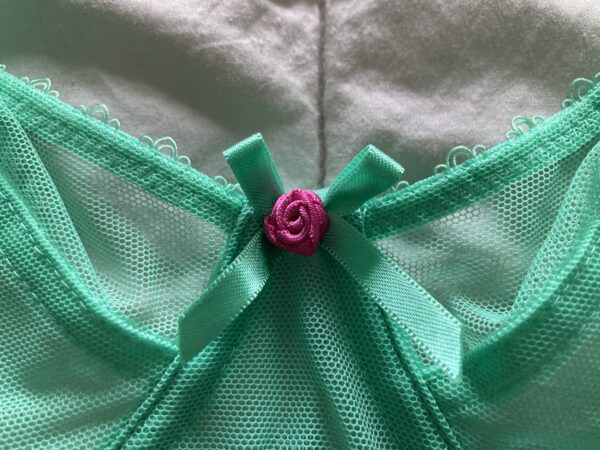 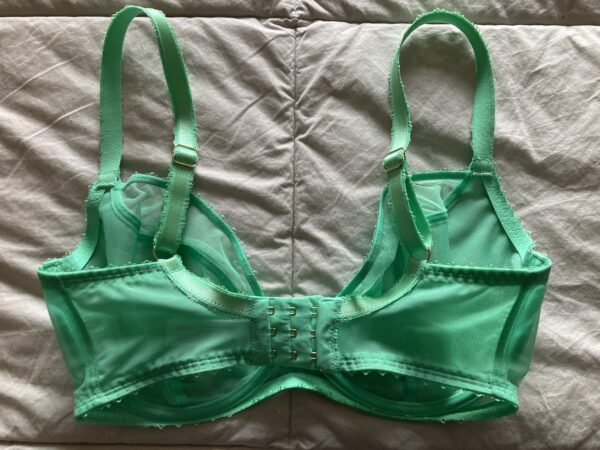 The Grace bra reminds me of the Love Claudette “Dessous” bra that I’ve written about on several occasions. However, Claudette went out of business several years ago, and, to be honest, the Dessous didn’t really fit right. The band was too big and the cups too shallow.

Like Dessous, Grace is a three-part cup made of sheer mesh fabric. But unlike Dessous, Grace fits true to size. As well, the cups are deeper than average—not as deep as Polish brands like Ewa Michalak and Comexim, but certainly deeper than my other British brand mainstays such as Freya, Panache, and Bravissimo. There is minimal cup crushing or folding over at the base of the cups. This is great for me!

I would say the straps are of average width. On me, that means they’re set a bit wide, since I have somewhat narrow shoulders. But they line up closely with my camisole straps, as you’ll see in the photos below, and there’s no threat of them falling off. They also don’t dig into or rub my armpits.

The wires are of average width, neither terribly wide nor super narrow. The wires do not come up too high in the underarm (praise be!), so the cups aren’t visible or sticking out of my camisole in that spot.

Here are two photos of me wearing the bra under a Miss Candyfloss jumpsuit, so you can see the overall shape in clothing: 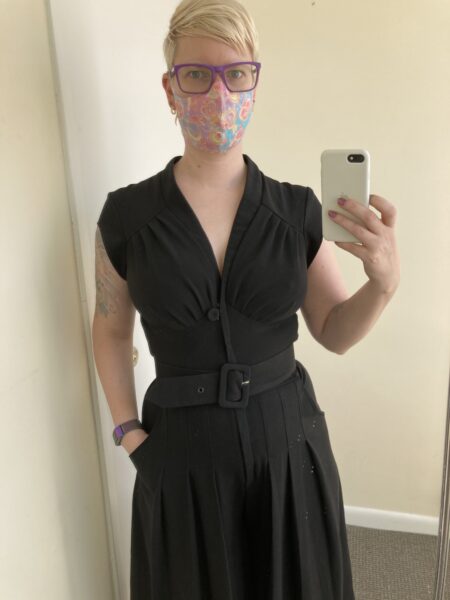 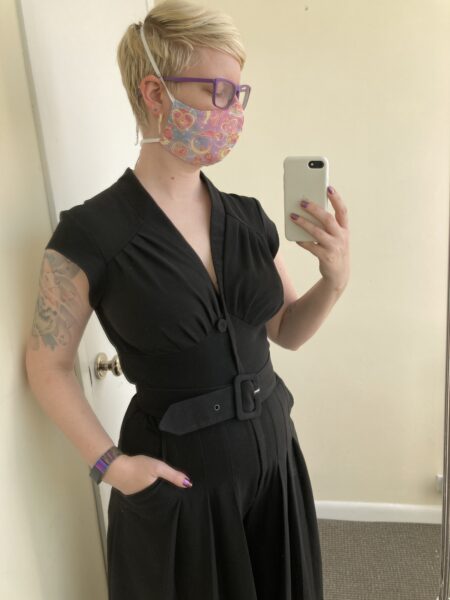 The bra is too sheer for me to publish pictures of myself wearing it, but I took a series of photos with it under a semi-sheer white camisole, so you can clearly see how it fits and where it sits on my body:

I’ve worn the bra on several occasions since receiving it, including riding my bike to and from work one day, and sitting at my desk all day while working from home in another instance. In all cases, it has remained comfortable, with no digging, poking, or rubbing. I have to admit the material isn’t the softest I’ve ever felt, but since it’s all sheer mesh, it’s extremely lightweight, and I basically forgot I was wearing it unless I contorted myself into an awkward position on the couch while watching TV.

When I first put Grace on in the morning, there is a bit of pillowing on my bigger boob, but my breasts settle into the bra throughout the day, and by the time I get undressed for bed, there’s no sign of pillowing or quad-boob at all. As well, it provides attractive “Y” shaped cleavage that would be at home in any sexy dress or top.

I’m seriously impressed by the support, shape, and comfort level of a bra this inexpensive, and I will definitely be buying more Deja Day bras in the future.

If you’d like to try the brand yourself, Deja Day has offered an exclusive discount to Hourglassy readers, applicable to all the house brands on PlayfulPromises.com until the end of 2021! Enter code HOURGLASSY10 to get 10% off at checkout (limit one use per customer).