Here’s a sports bra look I admire. In the past I would have lamented how off limits it is to women with large chests. 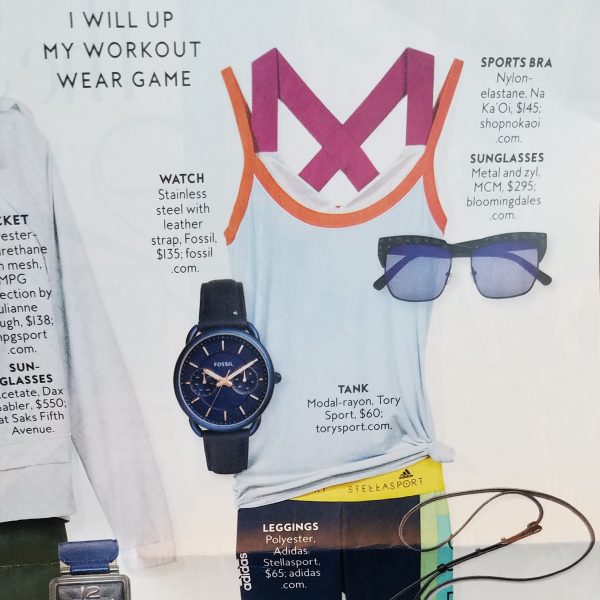 But here’s a change. I took this photo of a woman at the airport simply to show you my style twin! 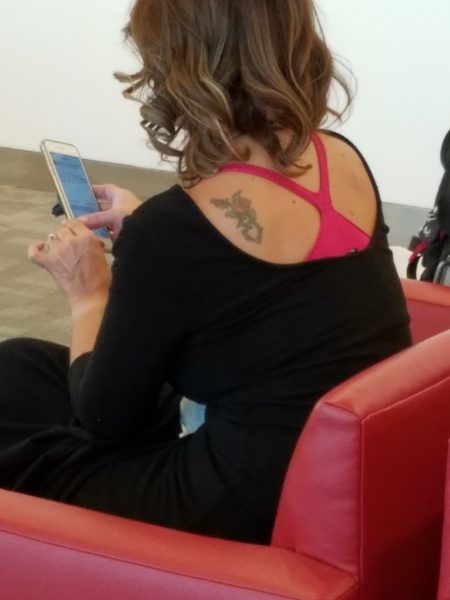 Thanks to Lynx Sportswear, women with large chests can now add back interest to their athleisure. Today I review the Lynx ladder back sports bra and the Lynx cross back sports bra that I teased you with in December.

Disclosure: Lynx gave me the cross back sports bra as a review sample, and I purchased the ladder back bra with my own money. All opinions are my own.

Both are great for wearing under wide armholes and low or cut-in backs. The cross back is a high impact wonder.  The ladder back is good for low impact sports.

Lynx bras support from the sides–just like hands holding you up. In fact, that’s exactly where founder Cynthia Smith got the idea. I’m going to write more about her inspiration on the Campbell & Kate blog soon. [If you wonder where I’ve been for the last two months, the C&K blog posts show that I’ve been pretty busy over there. I have more great posts planned, so why not subscribe to the C&K newsletter? That way I can alert you when I post new content.] There are no underwires, and the only thing hard is the hook in back. The ladder back doesn’t even have a hook, which makes it especially nice for floor work. You know what else is great? Being able to throw these bras in the washing machine.

One of the tenets of bra design is that the bridge between the two breasts must be stable. It’s never supposed to stretch. Cynthia reversed this by using rigid side panels for support (the hands) and a stretchy center panel that lets you move and breathe. It’s not an encapsulation bra, but it’s not a compression bra either.

I was a complete skeptic as I listened to her explanation, but when I put the bras on, it didn’t even feel like I had breasts anymore. They felt weightless. More on why below . . . .

Some women take this for granted, but for me, it’s not always a given that an underwire is going to rest directly at the base of my breasts after I’ve been sitting for a long time, no matter how tight the band is. Perhaps it’s something to do with the combination of slouching and higher-placed breasts. 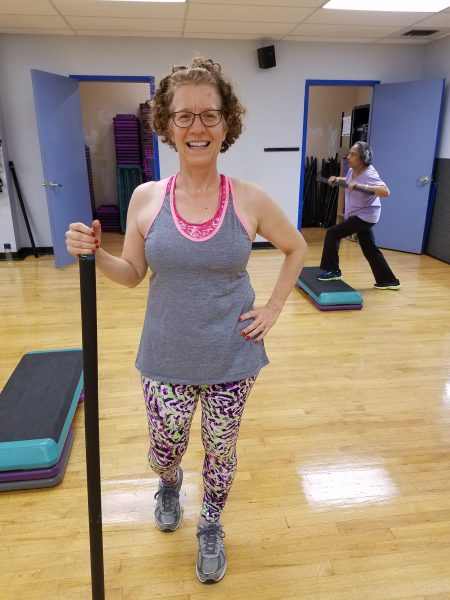 I already shared with you how well the cross back worked for me in the ocean, and the ladder back was just as good–especially under a wet suit! Truth be told, though, black as a color came across as much more bra-like than the pink marbled cross back. 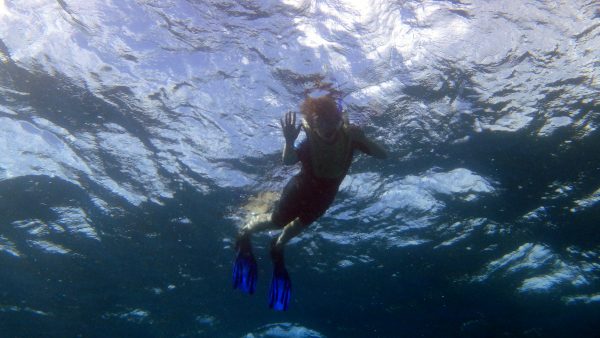 The salt water didn’t seem to have an adverse effect, but I didn’t wear either for very long in the water. I do notice one thing: my cross back bra still smells like suntan lotion even after a couple of washings. I don’t mind–the scent takes me back to Hawaii every time!

6 Comments on Lynx Love for a Large Chest: Cross Back and Ladder Back Sports Bra Reviews