When I began musing about this subject a couple of months ago, I thought I’d have a perfectly drafted thesis ready for my turn to write. Instead, I have a collection of observations that are only loosely connected by the theme and a deadline that won’t let me procrastinate any further.

A. Every Little Detail

When I saw this woman in front of me the other day, I had to photograph her. Everything about her looked coordinated in a polished way that wasn’t at all matchy-matchy. You can’t tell in this picture, but those are metallic heels . . . that went with the metallic tag on her bag . . . that went with the metallic clasp at her waist (she told me that everyone asks where she found that clasp, but she’s had it for years).

Hourglassy used to have a series called “Back Interest”, but we dropped it for lack of reader interest. This gives me some consolation that I’m not the only one who focuses on my front, but this woman really raises the bar for the back!

A friend recently had her own story to share on this subject. A senior executive at her company was wearing a pair of black pants with white panels down each side. Not my friend’s taste, but she didn’t really care. It was only when the executive turned around that my friend saw what made the pants so great: the woman’s butt looked amazing. From that point on my friend vowed to care about her back as much as her front.

I’m afraid I can’t make that vow. I love the idea of a perfect appearance, and even though “the goal is not perfection,” I have this unjustified belief that I will eventually get there. Just not today . . . because I really want to wear gym shoes with my jeans. And no makeup. When it comes to a perfect appearance, whether in front or in back, I seem to have a very long view.

More magazine has a feature called “This is What 40/50/60 Looks Like” each month where they showcase an amazing-looking middle-aged woman. I hate it. When we reach 40/50/60, aren’t we at least too old to be pressured to look like someone else? It reminds me of 5-year-old me yearning to be a Breck girl, or 12-year-old me yearning to be a Seventeen model. I love most ideas behind More magazine, but not this one.

We all age differently, but there’s pressure to have really cool white hair or bright eyes. Or not to age at all if we can help it. Just the other day my 75-year-old mother-in-law came away from dinner with friends feeling insecure about how old she looked compared to the 63-year-old woman at our table. But my mother-in-law takes really good care of herself and looks amazing! (Fortunately, she had fully recovered by the time we visited her 98-year-old aunt yesterday. This aunt had flaming red hair and was wearing a stylish blouse. She asked MIL when she was going to get that mole removed from her nose. My MIL only shrugged and said that she’s had it all her life–who would recognize her without it?)

Old people get condemned for looking old, and they’re praised if they can meet the standards of the younger generations. But age is permission not to strive for perfection anymore. I’m pleased with my body today, but if I’d had the same body in my 20’s, I wouldn’t have been caught dead showing you the bikinis I reviewed in June. But I’m 49, and no one expects me to look the way I expected myself to look when I was 29. It’s very freeing.

In May I finished sewing my first ever dress shirt for my husband. Every completed step was a victory. I couldn’t believe it when the yoke materialized, and then the collar, and then the cuffs. I had very high standards: if I thought Mr. Campbell would be ashamed to wear the shirt with a slightly crooked seam, I ripped it out and started over.

Then I took the shirt to my mentor Steve and discovered my standards weren’t high enough. He didn’t care if Mr. Campbell would wear it. The edge of the cuff absolutely could not extend past the placket like this. 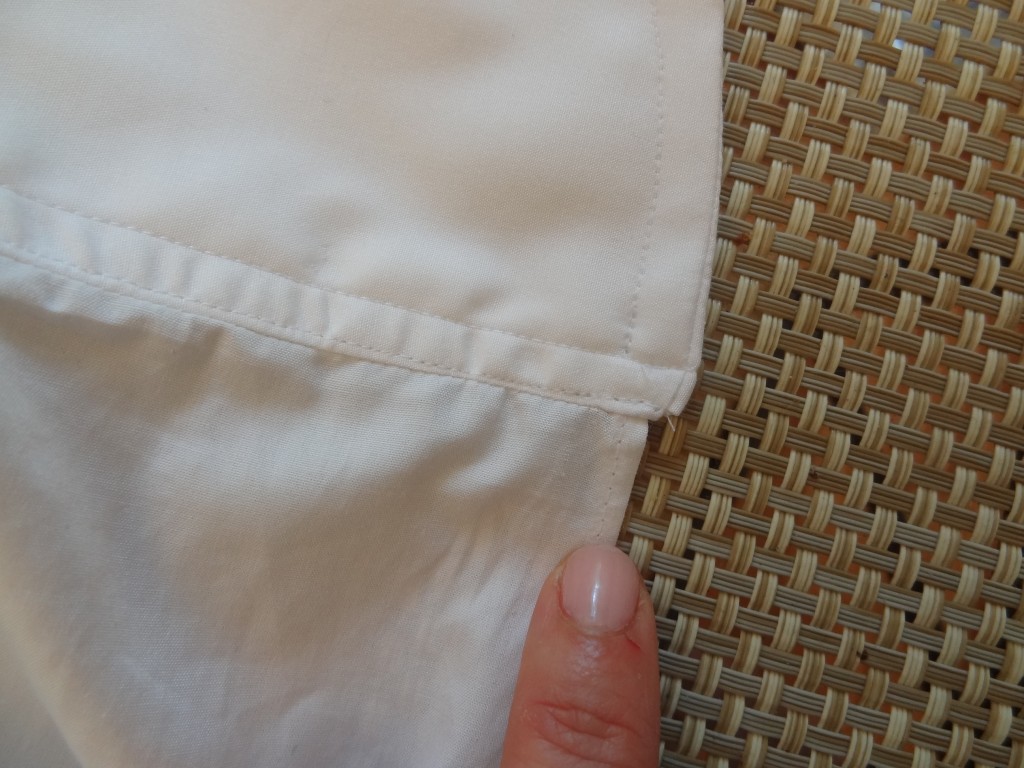 And I had to remove the collar stand and reattach it to the shirt until it lined up perfectly. 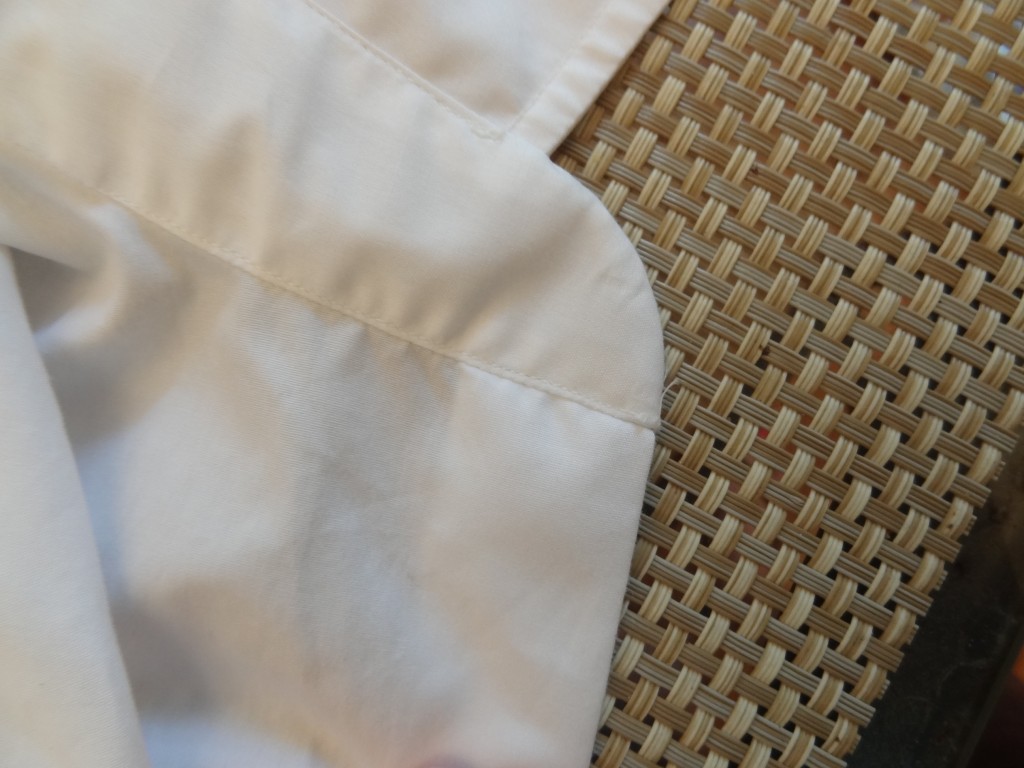 It’s too complicated for me to try to explain everything he noticed and made me fix, but I fixed it.

This past Saturday, I finished sewing my fourth shirt . . . a size 8M Campbell & Kate shirt that I’m really proud of. It’s getting easier, but I’m still ripping out seams and starting over again until I get them right. But that’s what makes the difference in my motivation–I know it’s possible to do things right!

Not perfect. Just right. And sometimes it’s hard to know the difference between the two, isn’t it?