Two years ago, this woman’s outfit made me wish for wide bra bands that are made to be seen. My idea was to create detachable panels that could cover the band, but none of you took me up on inventing it.

It’s not just a wide band problem. This woman’s narrow band isn’t meant to be seen either. 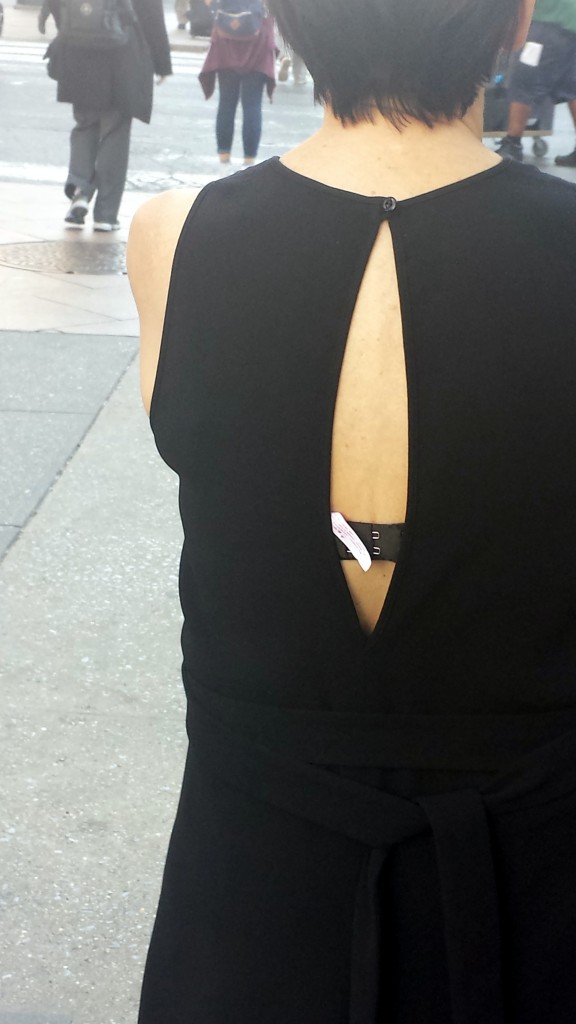 Then I found Kris Line’s visible bra back solution in their Spring/Summer 2015 look book–they moved the hooks and eyes of their Stella Deco Plunge Silicon bra to the side! Genious! 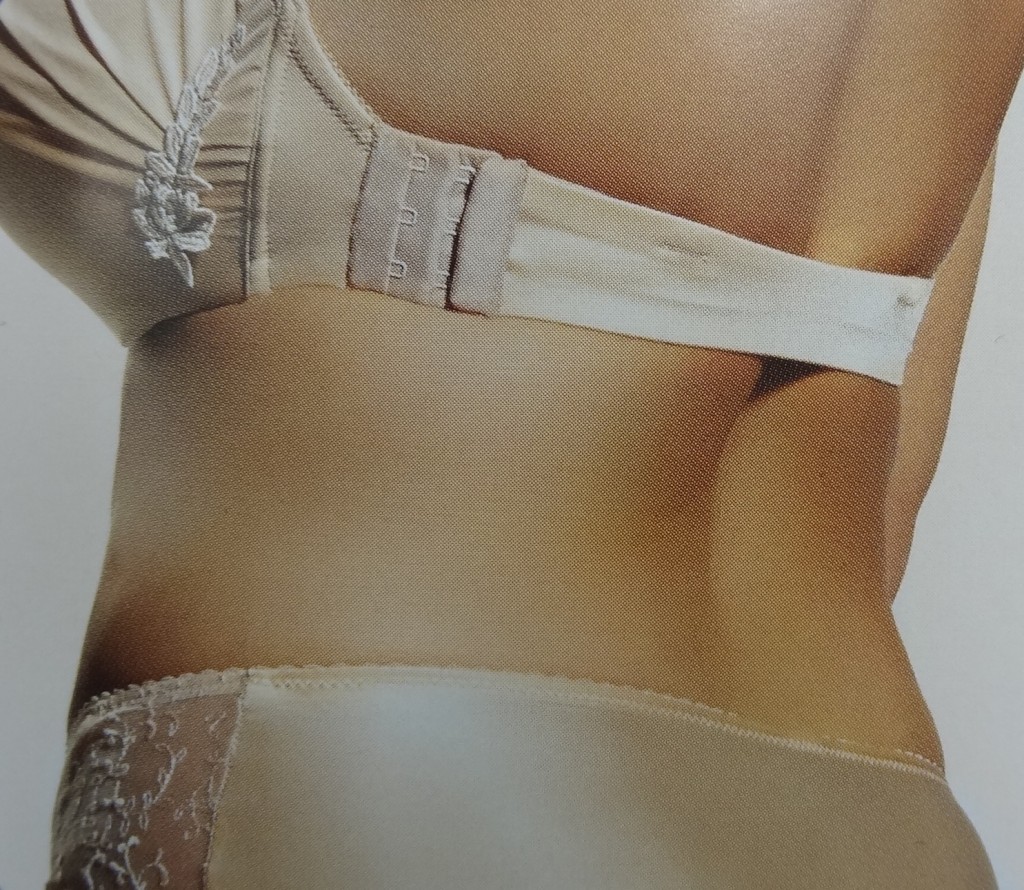 This bra is scheduled to be available at the end of June, and it is supposed to come in white, beige, and black. There’s another color that looks like a pale grey in the book–I’ll update this post once I’ve confirmed.

As usual with Kris Line, it’s hard to find a U.S. retailer who carries the brand. Santa Bellman, the owner of La Bella Intimates in Winter Park, Florida, has told me that she can special order it for anyone who contacts her, but she suggested I contact the company directly for sizing help.  I sent my measurements in centimeters (101 cm over bust, 86 cm under bust) to a company rep and was told that I probably wear a 36DD. I’m not so sure about that.

To find my Kris Line size, I’m going to connect with Braology. If you live in or near New York City, why don’t you join me? They have just received several Kris Line sizing samples, and they have availability at two of their upcoming fitting parties tonight and June 6, as well as at a drop-in event they’re hosting from 11-6 in Manhattan next Saturday. I’ll probably go next Saturday afternoon. It’s not just the Stella bra back that’s motivating me–Braology is also taking pre-orders for Kris Line swimwear, including some of the pieces I gushed about last year.