At our clothing swap silent auction, I shamelessly bid on–and won–the Zinnia cami set from Real Girls Lingerie. Finally, here was my chance to wear the brand I’ve been wanting to try since Kendra reviewed her Zinnia cami for Boosaurus in 2012. I ordered it in Medium Large Cup.

Greedy for even more, I also convinced Diana to leave one of her Bijte triangle lace and silk mesh camis with me to photograph now that I can fit her size large*. 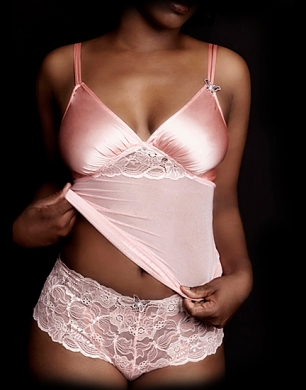 This isn’t going to be an extensive review of either cami. Kendra already did a nice job of reviewing the Zinnia in 2012, and I went into a lot of detail about the Bijte cami last year. Now that I’ve slept in the Zinnia and can fit in the Bijte, I highly recommend both.

The Zinnia is a fun busty lingerie option. Remarkably, the first morning I woke up in mine, the triangles continued to encapsulate my breasts as completely as they had when I’d first lain down the night before.  I have since had occasional spillage, but a simple readjustment takes care of itig.

The Bijte was only on loan to me to photograph, so I couldn’t bed-test it for a full night. However, everything stayed in place for the few minutes that I did lie down in it.

I would happily traipse around my house in either cami, but I wouldn’t answer the door in them. The Zinnia triangles are sheer, so nipples are clearly visible (I’ve photoshopped them out of my pictures below). The Bijte triangles hide the nipples, but the torso is sheer. And of course the plunge is deep and revealing. In other words, these camis are meant to be sexy.

There’s not a lot of lift and support going on in these pieces–they don’t have underwires, and they don’t use compression. The Zinnia, with its stretchy straps, can be especially hammock-like. But if you’re looking for something pretty and sexy that is made to fit the D+ bust, then there’s a lot of that going on with these two brands. Thanks to Real Girls Lingerie and Bijte for continuing to provide full-bust lingerie options that we can’t find anywhere else. 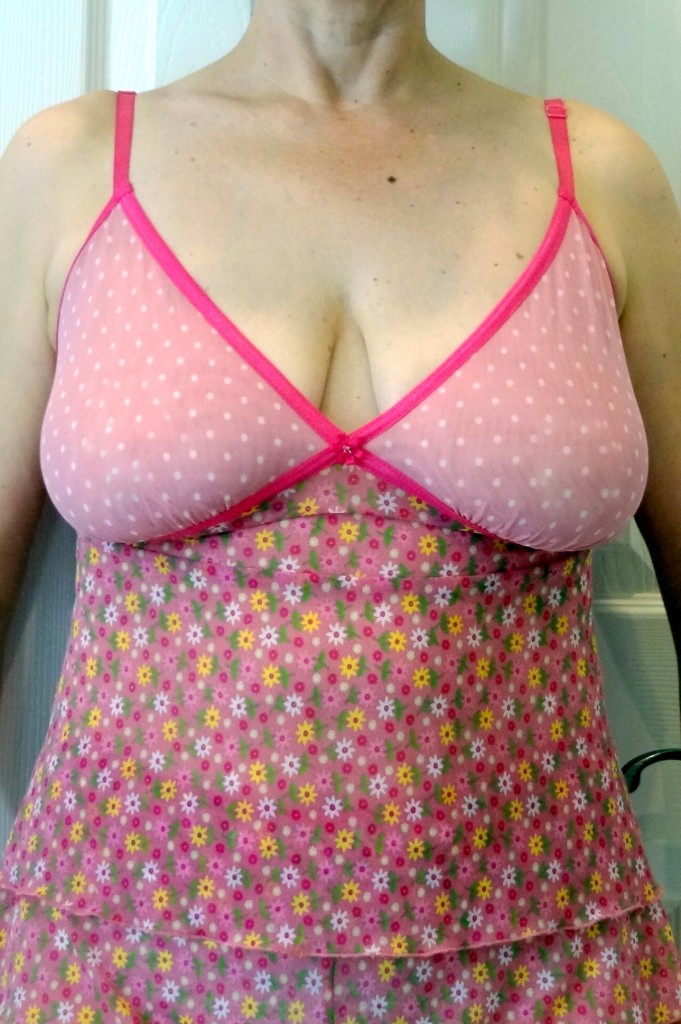 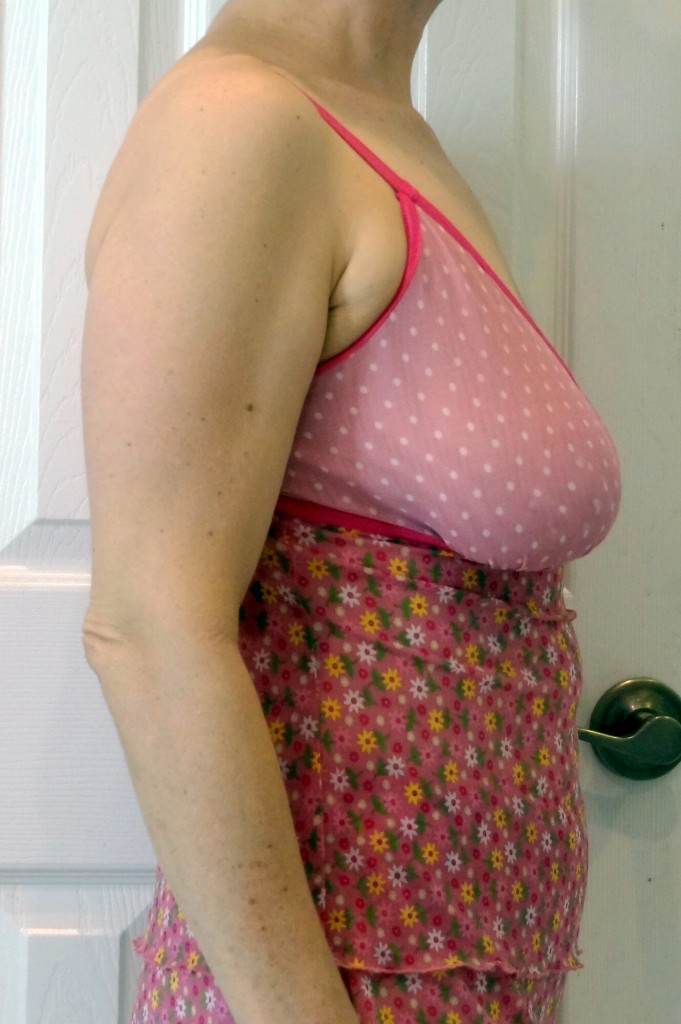 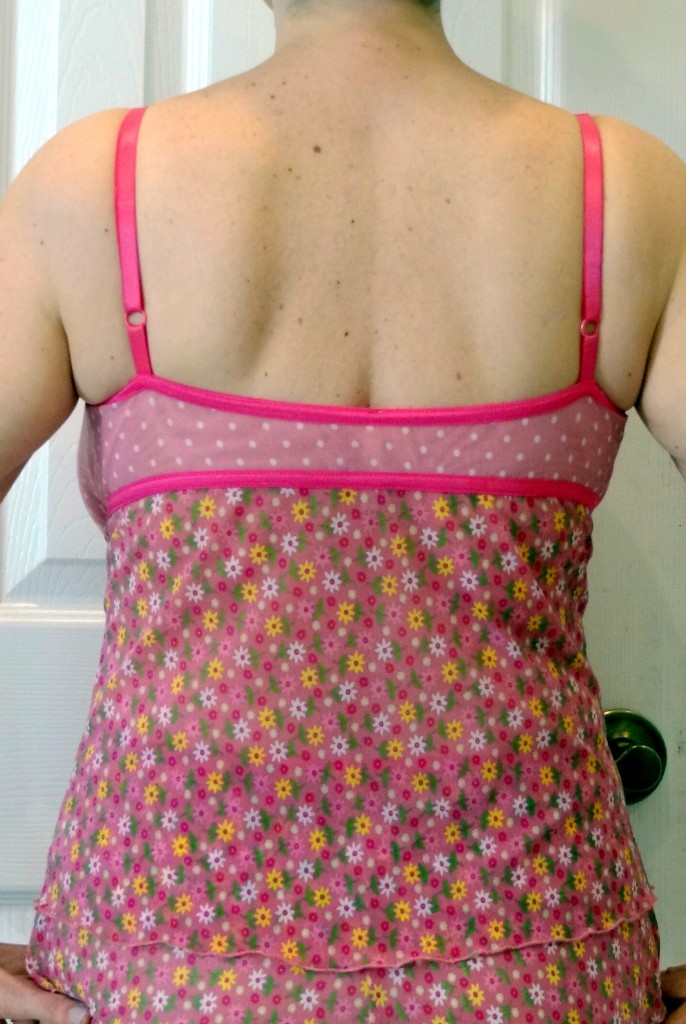 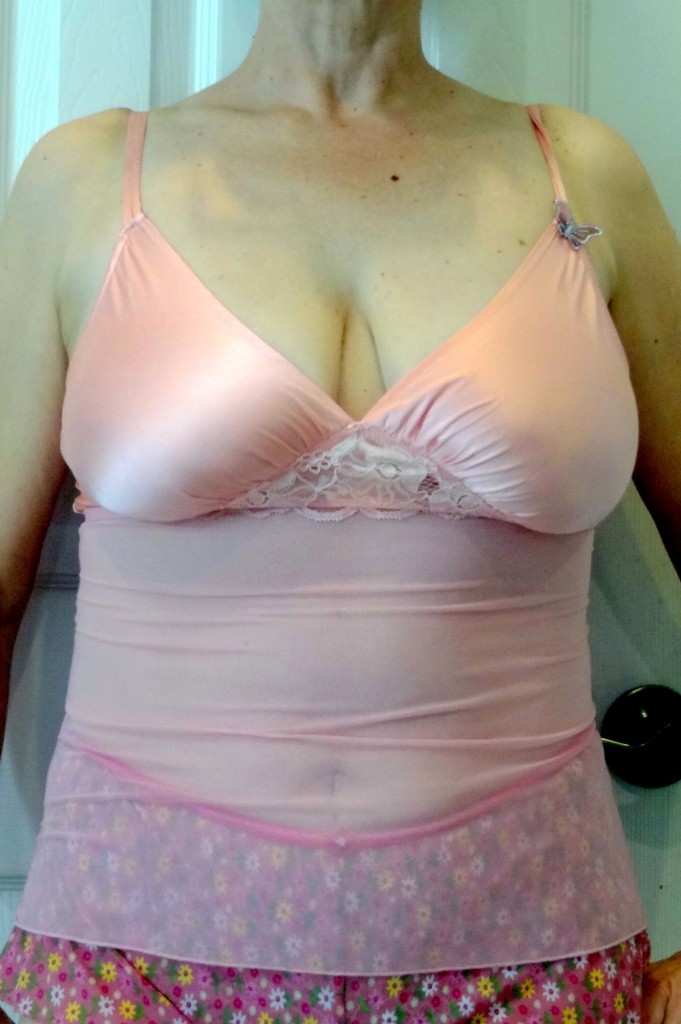 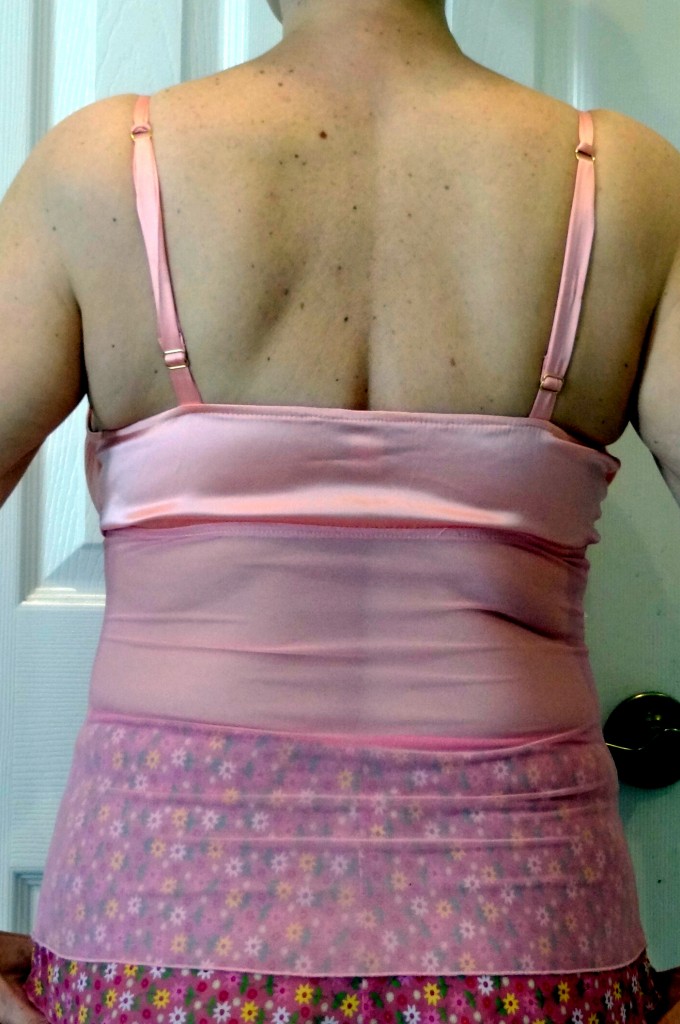 *Talk about full circle. The Bijte cami in size large was the reward I gave myself for sticking with Fit & Active September in 2013. When I could barely fit it over my 34GG chest, I rewarded myself with a YMCA membership instead, which led to being able to fit the Bijte cami! Win win.