The last time I tried Curvy Kate, it was an unmitigated disaster. I had to go up two cup sizes, the wires were too wide, the cups too shallow, and the straps were so far apart that they were essentially growing out of my armpit and rubbing me raw.

This was two years ago, and in the time since I’ve heard that CK has improved some of these flaws, including narrower wires and deeper cups. There have been a lot of CK bras that I’ve thought were simply lovely and really wanted to try, but knew they wouldn’t work. With the most recent season, though, there were so many that I liked that I just had to try again. Surprised by the price point (were they always under $50?) and armed with a fat coupon for Figleaves.com, I started with the rose-print Eden. Something about the print just spoke to me: 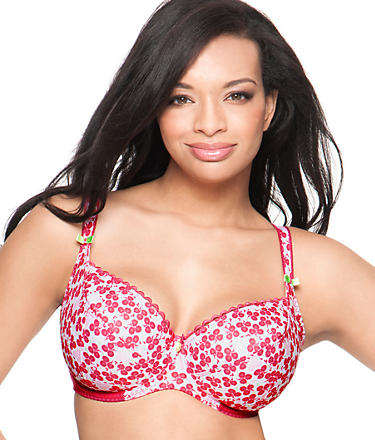 I ordered my usual 28G and a 28GG, since I had to size up in the cup last time. First impression upon unwrapping it: so pretty! The darker pink is much brighter than the manufacturer’s photos would lead you to believe, and it’s mixed up with very pale pink flowers and very pale green leaves. What a perfect spring bra. The quality, too, seemed top notch. The fabric is smooth and strong and totally opaque. 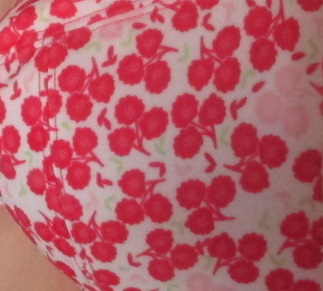 As for fit, well it’s a vast improvement, but it still doesn’t work on me. The internets were correct, the wire width and depth are much better. But the straps are still so far apart! They’re growing out of my armpit again and it’s completely ruining the fit. Here are two shots from ever so slightly different angles to illustrate how deep into my armpit the strap’s base is: 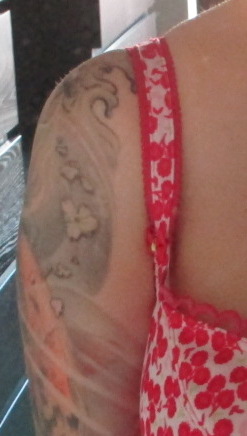 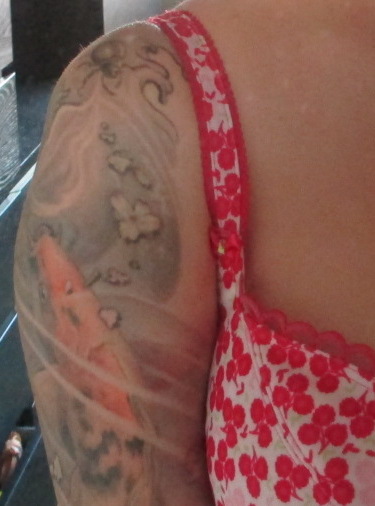 Now, because the straps are so far out, they can’t provide any lift. Shockingly, 28G is the accurate size this time, but the bra still has the appearance of being slightly big since the cups are basically limp on me no matter how tightly the straps are shortened. There’s simply nothing holding the cups up.

Aside from looking loose, I’m also getting a gap in the very far corner of the bra where the strap is attached. This is because my arms are pushing the straps far inward, and the cup corner is along for the ride. Here’s a photo illustrating this phenomenon:

Lastly, that lack of support is giving me sad ski slope boobs. My breasts have very narrow roots and are quite full all around. So ordinarily it’s very easy for me to achieve a preternaturally round profile. But in this bra, I’ve basically got a straight line leading from my collarbone down to my boob’s apex. This is unacceptable. The profile I want is a pair of grapefruits glued to a board, not a straight 45-degree angle!

It’s such a shame. The band felt really good, the price was right, and the bra is so darn pretty. But these ridiculous straps are just unwearable.

6 Comments on Off the Rack ~ Curvy Kate Revisited: A Review of the Eden Bra