Tell me if it’s not true for you, but of the five bra fitting checkpoints below, I know which one you’re most likely to compromise on:

If you’re like me, you have either questioned (a) the purpose of tacking or (b) the possibility of it even happening. Add a multitude of opinions from different manufacturers and bra fitters, and it’s no wonder so many of us are walking around with a floating center gore.

Instead of a declaring how things absolutely must be, today’s post is simply my exploration of the subject. I’m trying to understand why it’s important for the center gore to tack and why some of us aren’t as picky about this fit detail as we are about others.

First, a tacking center gore is like a firmly anchored rope bridge. 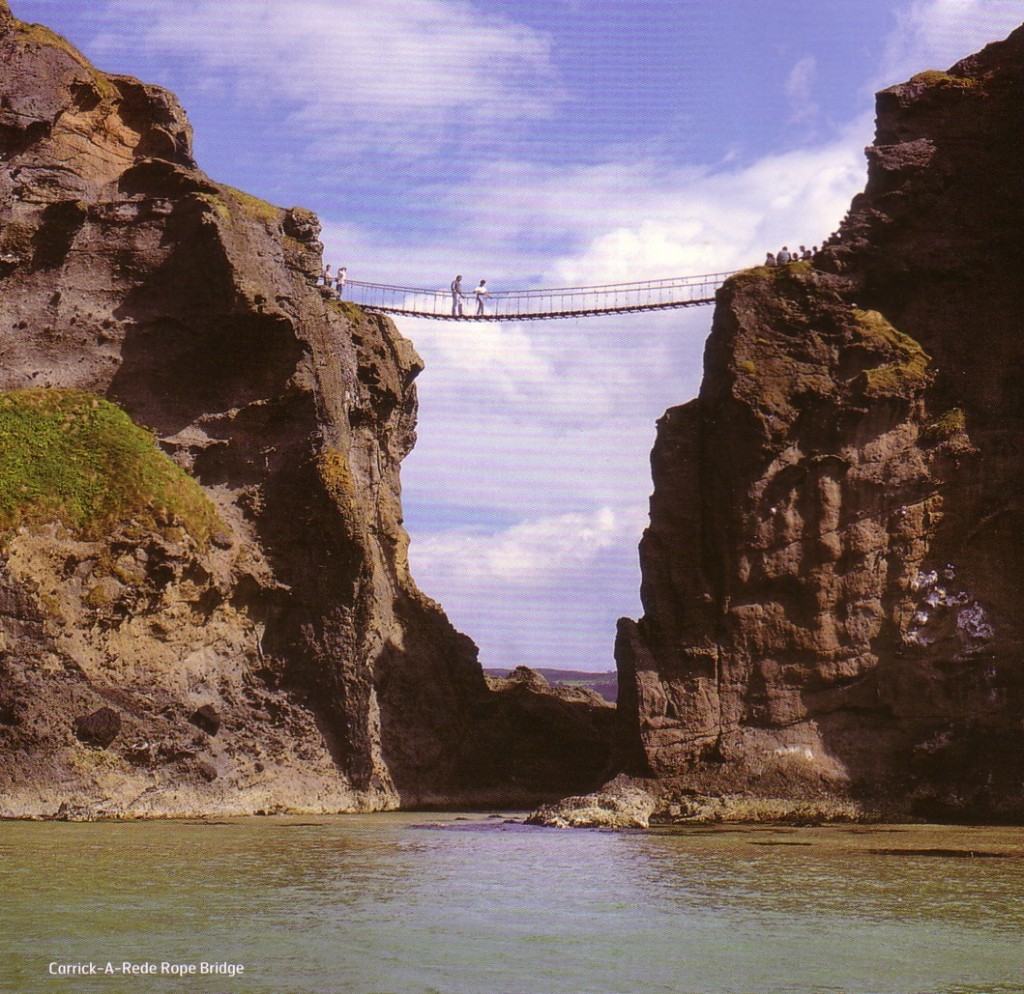 You can see how secure a properly tacking bra must feel in the photograph that accompanies Miss Underpinnings’ recent review of the Miss Mandalay Amelie. 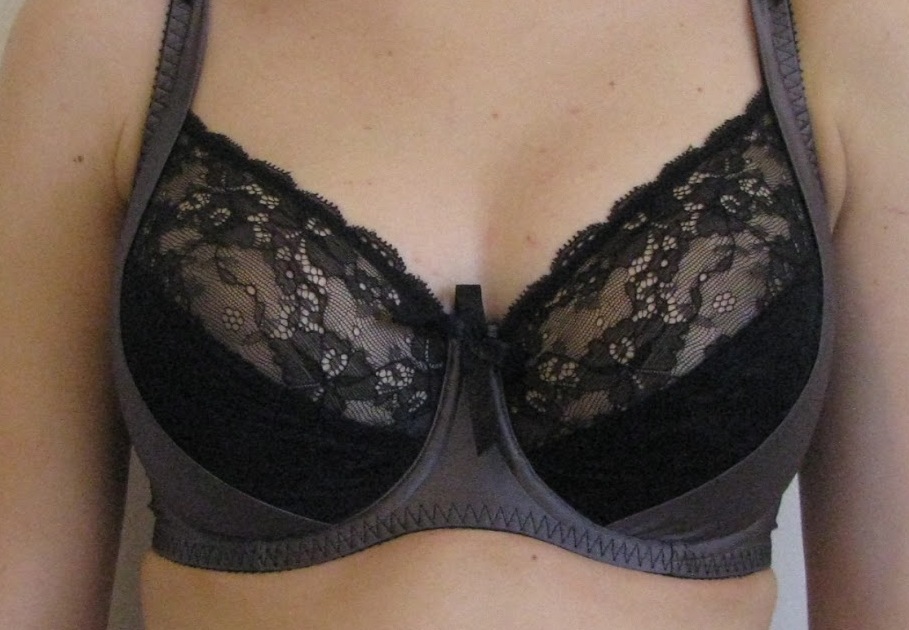 Now imagine that someone is treating the right side of this bridge as a jump rope. The person holding the bridge is super strong and is firmly anchored on the cliff, so they’re not going to drop the bridge, but you’re not going to feel secure anymore. From what I can understand, this is how our breasts are supposed to feel when the center gores of our bras don’t tack.

A water balloon in my Kris Line bra demonstrates the insecurity that will result when one end of the bridge is anchored on a moving surface rather than a stationary one. 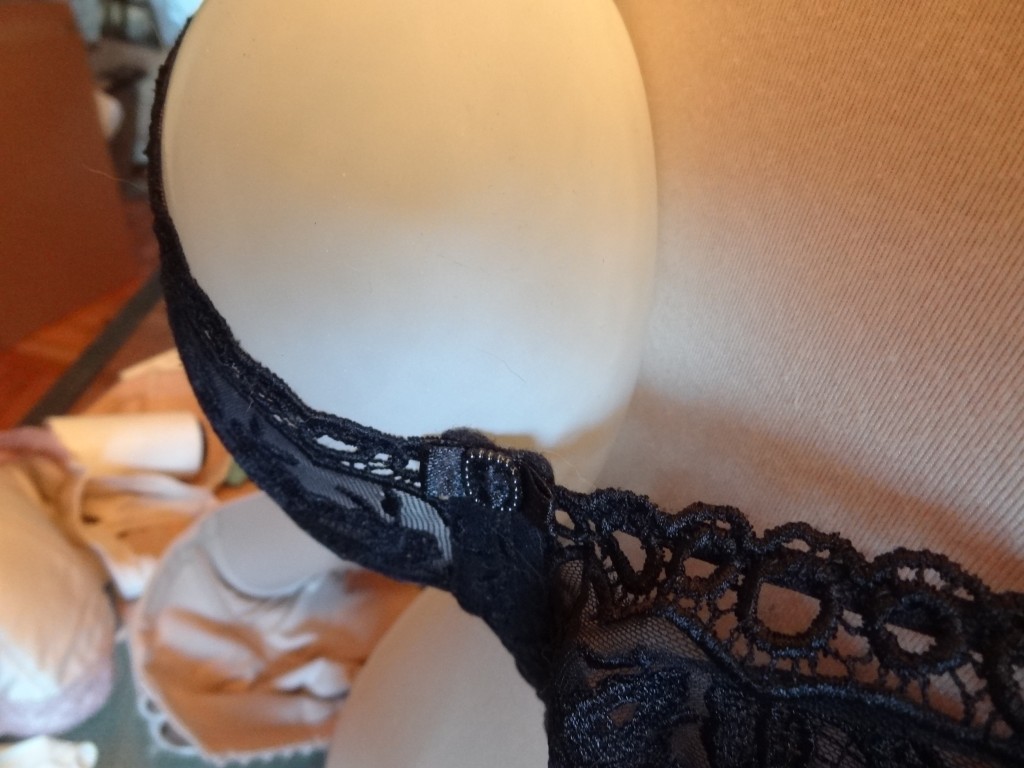 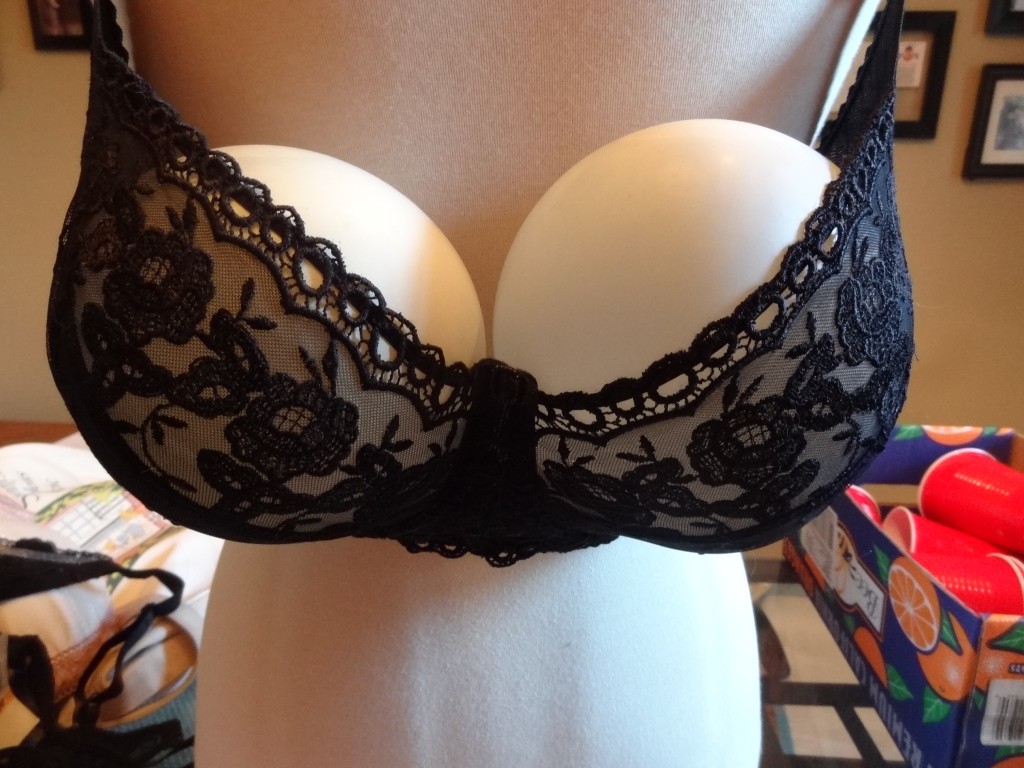 Although you may still get some of the lift and separation that underwires are meant to provide, you’re veering dangerously close to the curse of a soft cup bra, or as Braless in Brasil brilliantly calls it, the “boob hammock“.

The purpose of a hammock is to swing, but when it comes to my breasts, I want them supported by a bridge, not lying in a swinging bed. When I think of it this way, I’m astounded I’ve ever put up with a floating center gore.

However, there are several reasons that many of us have lower standards for the center gore of our bra than we do for our band:

1. We’ve never had tacking center gores, so we don’t realize we’re insecure. 😉 For instance, I love my 36G Wacoal Alluring even though the center gore floats 1/2 inch to 1 inch from my sternum. It’s one of the most supportive, lifting and separating bras I’ve owned, but the support is even better when I push the center gore flat against my chest. Since I haven’t been able to find a full-cup bra that tacks, however, I’ve only ever known full-cup bras that don’t tack, and they’ve felt fine.

2. Certain styles tack better than others. Balconettes, plunges and demi-cups tack just fine on me and every other fit-conscious full-busted women I’ve talked to.  The other bra fit enthusiasts and I have theorized that the underwire likely comes up higher between the breasts in full-cup braa than in balconettes, plunges and demi-cups. That’s why some full-busted women only wear these styles. I, on the other hand, feel much more secure in a full-cup bra than I do in the other styles. My Wacoal Alluring is far more supportive than my Fantasie 4520 demi that tacks perfectly. 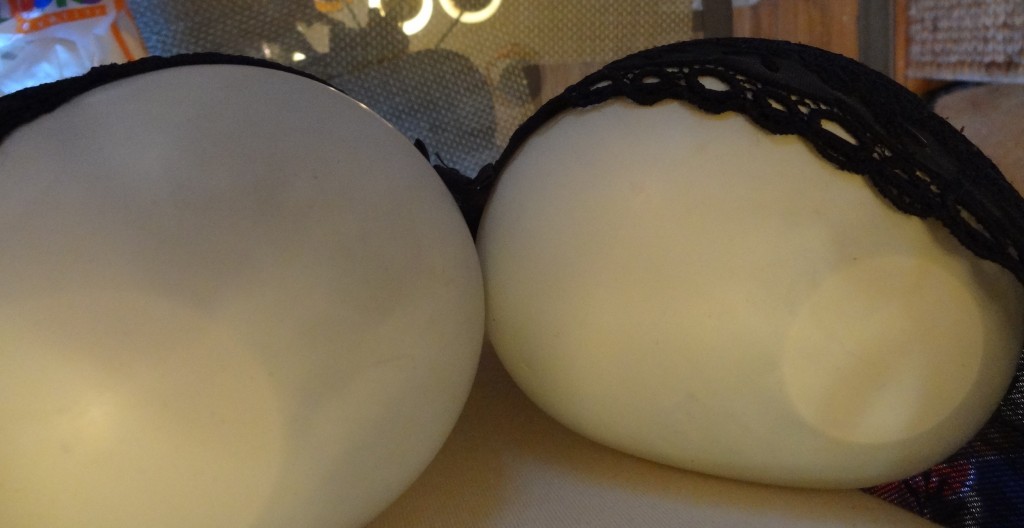 If the center gore were to fall deeper within the crevice between the two balloons, you can see that the balloons would hold it in place. The aerial view of bra #3 in the following diagrams (from my recent Lilyette review) makes the same point. It’s my Wacoal Alluring. 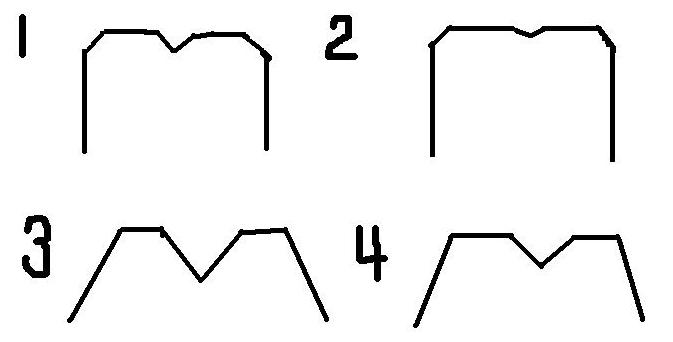 4. Certain styles don’t come in our cup size. Some of us buy a cup size smaller and put up with the non-tacking because it’s the only way we can enjoy a gorgeous bra we’ve had our eye on. If the center gore were to tack, it would give us a horrible case of quadraboob, but because it doesn’t, we can get away with it (especially if we have close-set breasts). Okay, I’ll admit that I’m also guilty of buying certain beautiful bras that create a slight quadraboob on me just so I can wear that style in the highest cup size available, but if the bra were to tack, the quadraboob would be so extreme that I could never wear it.

5. We can tolerate extremely tight bands. (Warning–this is an untested hypothesis on my part.) Bra-fitting calculators never prescribe 34 bands to me. Based on my measurements, I should be able to wear a 38, which even feels secure on me in the store, but it will begin to ride up within a week. As we know, cup sizes are relative to band sizes. Perhaps because I wear 34 bands, the underwires and cup depth in the full-cup bras will never be as generous as I need them to be, leading to a floating center gore.

I would love to hear your perspective on the subject of tacking. Is it a deal breaker for you when purchasing a bra, or are there certain factors that cause you to overlook this particular pillar of perfect fit?