I don’t know the bra size of Australian actress Jessica Marais, but she has come to my attention for two reasons:

1. This dress has a built-in corset . . . a dream for any of us.Â  Does anyone know what it looks like in back? Read below the photo for a quote from last weekend’s Wall Street Journal about the work involved in creating it. 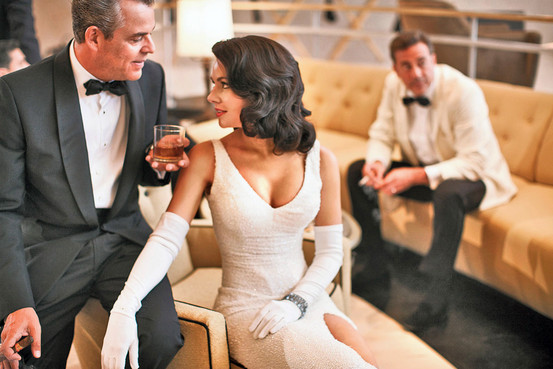 In the first episode, the seductive character Lily Diamond appears at a New Year’s party in a curve-hugging white gown crusted in white beads. Making the dress from scratch required crushing beads along seam lines with a hammer, then rebeading outside seams by hand. More challenging, actress Jessica Marais wasn’t on set for fittings until a week before shooting began. The tally for the dress, including built-in corset, 10 yards of beaded chiffon and overtime labor: $7,000. “That took the entire shop working four days, and we’ll never use that dress again,” Ms. Ramsey said.

I bet a few of you would be willing to use that dress again!

2. According to this Daily Mail article, it was a challenge to find actresses with natural breasts for Magic City, which I find surprising. One notice sent to modelling agencies said, “GIRLS HAD FULLER FIGURES BACK THEN SO NO SKINNY MODELS. ALL-NATURAL â€” NO PLASTIC SURGERY/BREAST IMPLANTS.” I’d say they still managed to find skinny models, which makes sense since we all know that a large natural bosom and a small waist can exist on the same woman.

For more background on the costuming for this show, check out this L.A. Times blog post. The costume designer, Carol Ramsey, wants to experiment with lingerie and swimwear in Season 2 because “The modern stuff doesnâ€™t quite fit the show; and the vintage stuff, all of the bra cups are cracked and crumbling or the elastic is giving out.” I’d like to know more about that. She has interesting things to to say about Jessica Marais’s white bikini–bikinis weren’t very common back then.

I’d also like to know more about Elena Satine, who plays a call girl, and the considerations that went into constructing this sequined dress that is one of Carol Ramsey’s favorites. 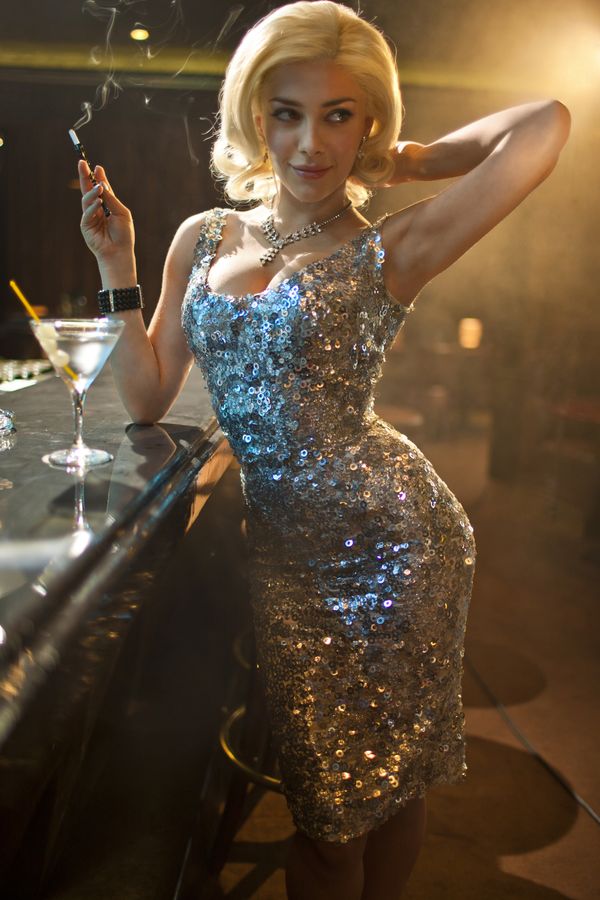 6 Comments on The Celebrity D Cup and Up List: Jessica Marais?