Thanks to my parents introducing me to New Tricks, I have discovered yet another full-busted British actress playing a strong, intelligent main character.  This outfit (from my most recent Netflix DVD) has removed any doubt that Amanda Redman belongs on my D list. 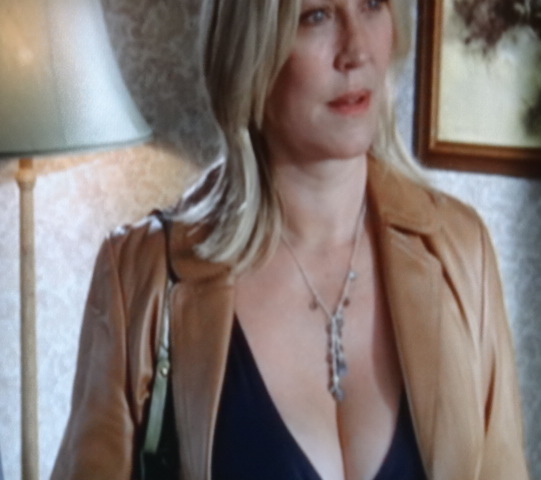 1. In real life, can senior police officers get away with exposing this much cleavage on the job in Britain? This Daily Mail article about criticisms of a newscaster’s cleavage makes me think not, but I don’t know because my second question is . . . 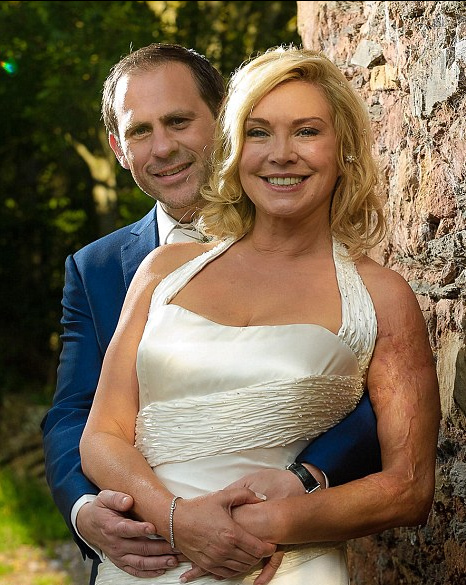 Jennifer Kesler wrote a great post about Redman’s scars soon after this photo was released:

If she’d been working in Hollywood instead of the U.K., I doubt she’d have been allowed before a camera without the scars being covered. If she’d been in my generation, even that wouldn’t have worked since going sleeveless, semi-dressed and undressed is considered essential to every female acting part these days.

I just love it that she doesn’t want to hide the scars, and that the people producing her TV shows don’t want them hidden either. I also love that the scars are neither explained nor discussed in the shows I’ve seen her in. These things happen; why should it be remarkable that they happened to her characters?

If an American version of New Tricks were produced in the States, the female lead would be

Mr. Campbell and I witnessed a similar transformation when a version of Life on Mars was produced in America. We found the model-like main characters so visually perfect that we lost interest in the show during the first episode. The down-to-earth actors in the British version had made all the difference.

For me, as a full-busted, imperfect 46-year-old, it makes such a difference to see a full-busted, scarred 55-year-old playing the strong female lead in New Tricks.

7 Comments on The D Cup and Up List: Amanda Redman