Incredibly, I recently discovered a lingerie designer who lives in my very own neighborhood: Ricky Lizalde.Â  Even more incredibly, at his sample sale at his house last week, I found a chemise that looks amazing for two reasons:

Below is the detail. 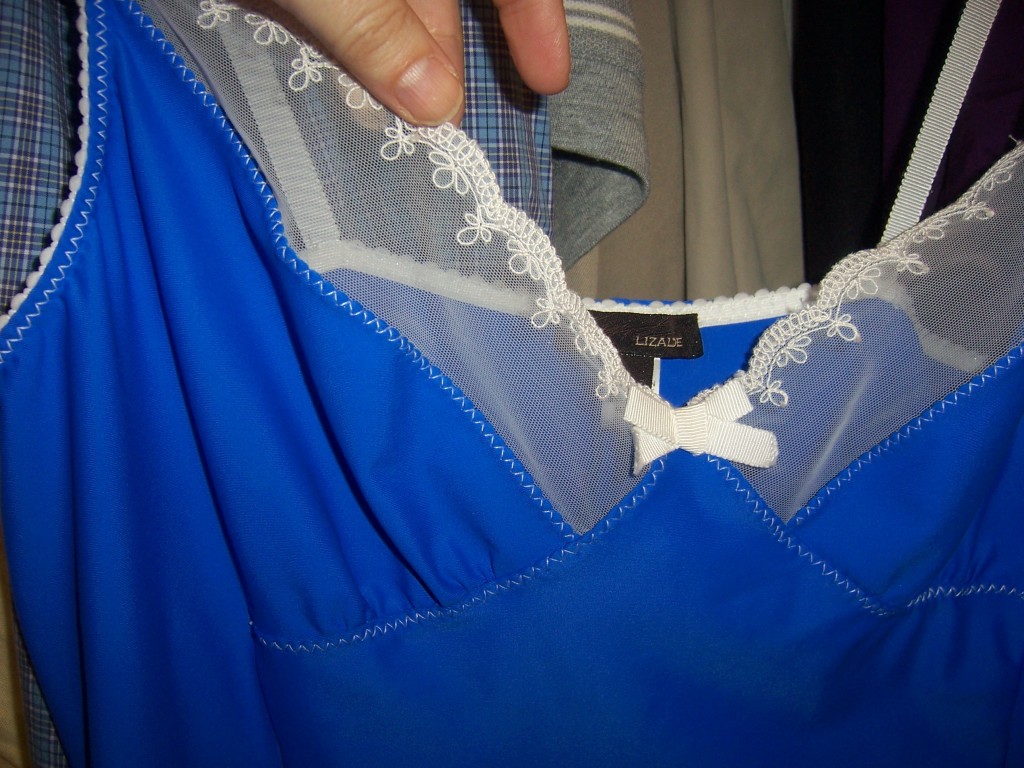 Does it cause boob bifurcation? Sort of, but because the seam that’s supposed to fall beneath the complete bust doesn’t continue all the way to the sides, it’s more of a suggestion than a requirement. For us, it’s enough if it falls just beneath the apex. (I wasn’t positive at the time, so I asked Ricky’s partner, Mark, what he thought. Since Mark doesn’t work in fashion and is therefore not exposed to half-dressed female bodies on a regular basis, I think he was a little shocked when I stepped out of their dressing room and asked for his opinion. “Uh, the straps are adjustable,” he murmured and quickly asked a female friend to give me her feedback. ) 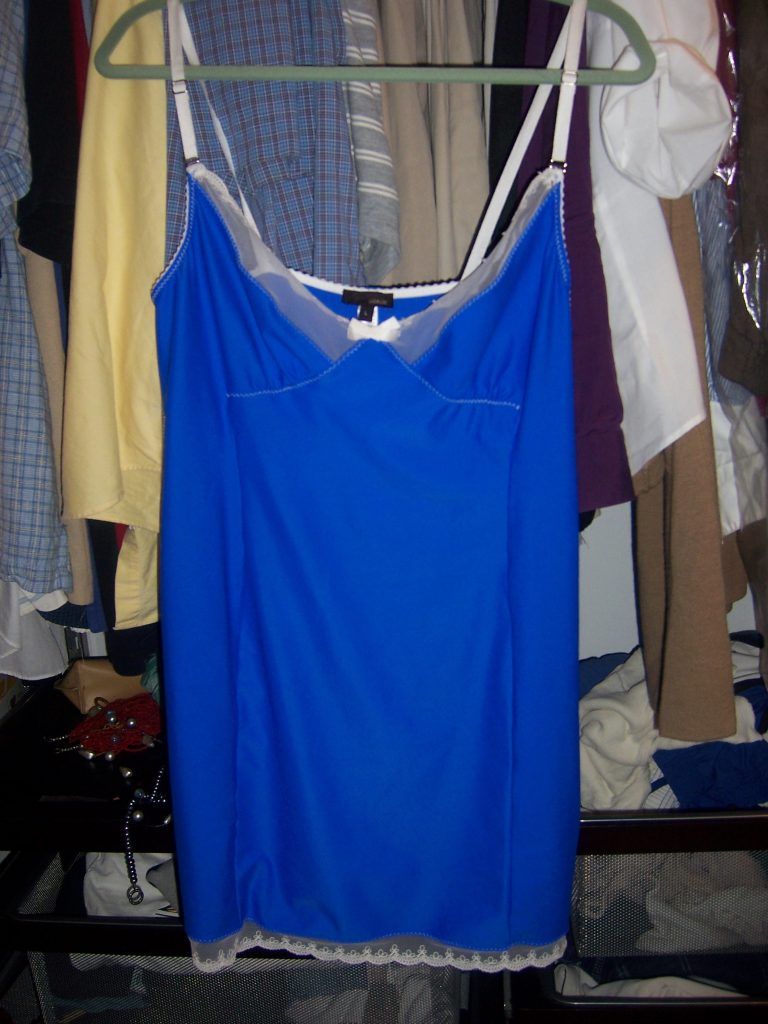 This isn’t the first time I’ve run into this flattering design feature.Â  Below is a detail from my favorite Hanro nightgown that I found for $15 at Lord & Taylor last year.Â  It’s my favorite because I look great in it.Â  And I look great in it because of the combination of V-neck and sort-of-but-not-quite empire waist.Â  Plus, both nightgowns in this post have a central panel that continue down the entire front of the gown.Â  I’m not sure why, but something about these vertical seams is also somehow flattering. 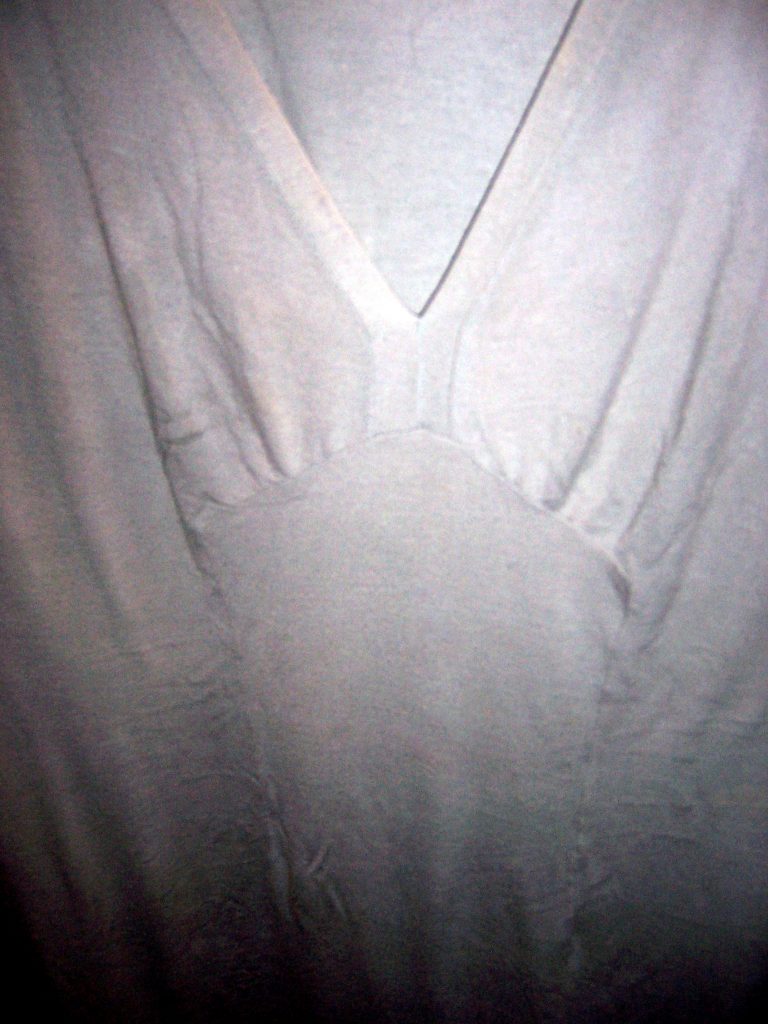 So my takeaway for today:Â  if you find a chemise in your size everywhere but the bust, and it has a V-neck/almost empire waist going for it, TRY IT ON! Then write and tell me how great it looked on you.

I scored a couple more great items at the sale, but one item was a predictable fail:Â  the satin silk cami that matched the brown polka dot tap pants.Â Â  Do you think if I offered to dog sit for Ricky and Mark, Ricky might pay me in a cami with a V-neck/almost empire waist that’s long enough to extend over the bust and cover the waist?

If you had a lingerie designer living around the corner from you, what would you ask him to design?