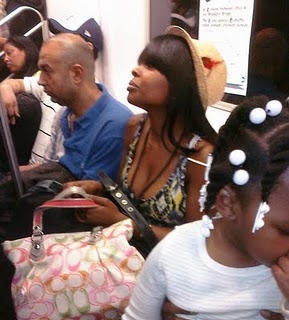 Being married to a boob man has been one of the best things to happen to my body image.  And as you can imagine, he really likes being married to a woman who analyses and talks about large breasts.  The only negative is that he may be quoted on my blog, which is exactly what’s going to happen here (and why I’ve just gone back and changed his name to Mr. Campbell in all 59 earlier posts that mentioned him).

We were driving to church last Sunday (yes, church!), and as we waited at the light for some pedestrians to cross the street, he suddenly said, “There should be a law against any woman larger than a C cup showing cleavage.  It’s just too distracting to drivers.”

Always surprising me, that Mr. Campbell.  Having lived for four years in Bahrain, I never expected to be married to someone who thought I should wear a burkha.  And of course the rest of our drive to and from church, all we saw were D+ women with their beautiful cleavage on display . . . with one exception: a well-endowed woman in a simple scoop neck that rested just above her cleavage line.  “See?” said Mr. Campbell.  “That isn’t distracting.”

Since I tend to dress like that woman, I was reassured that I won’t be causing any car accidents.  Even though my views on cleavage are conservative, there is no way I’m buttoning my shirt up to its collar.  And even though I dress conservatively, that doesn’t stop me from admiring the assets that other women display–hence today’s Curve Cam.

Mr. Campbell insists that women who display cleavage are trying to be provocative, but I disagree.  I say it’s because the weather is really hot and they’re delighted to find something cool that fits (mostly, sort of) and makes them feel feminine.

For the rest of the summer, Mr. Campbell will work on concentrating on his driving (while I’m in the car), and I will work on taking Curve Cam pics without getting caught.