Last October, I wrote a post in which I ranted about the television show “Project Runway” and its ill treatment of women (and men!) with any kind of shape. This season, however, I was pleasantly surprised to see a good deal of discussion regarding bras and whom the designers are designing for.

For those of you who haven’t watched the show, here’s some information on the season that just ended: It was an all-stars season, so the crop of designers were all past contestants. The judges were all new, and “mentor” Tim Gunn was replaced by Marie-Claire magazine Editor-in-Chief Joanna Coles (whom Adweek named “Editor of the Year” in April).

Having a woman in the mentor position made a huge change on the way the designs were discussed. Instead of us being treated to designers whining about breasts “getting in the way of the design,” there were multiple episodes in which Ms. Coles pointed out that it was impossible to wear a bra (strapless or otherwise) with the clothes the designers were creating—and she said this as a negative thing.

Late in the season, fan favorite Mondo Guerra also stated that his competitor Michael Costello “only created designs for models”—that Michael’s dresses were only flattering on thin, tall, small-breasted young women (i.e. models). Mondo specifically mentioned that Michael’s many backless creations did not allow a woman to wear a bra, and again framed this as a negative thing. Of course, it must be noted that Mondo’s creations were not always bra-friendly either, but he did include shapes that look good on a variety of bodies. Click below to see some specific items from both of the designers (photos courtesy MyLifetime.com): 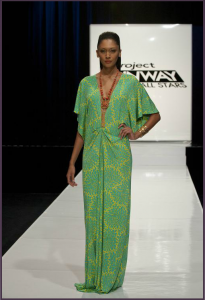 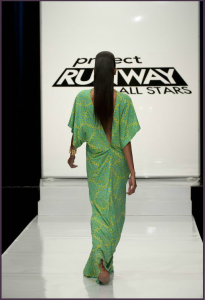 Ugh, I think this is hideous, bralessness or no. It’s just a big sack! Who would this look good on besides the model?

More of Michael’s backless dresses from the finale: 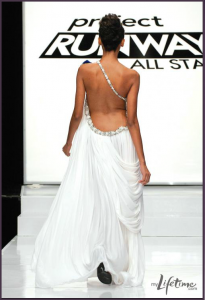 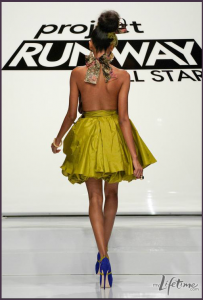 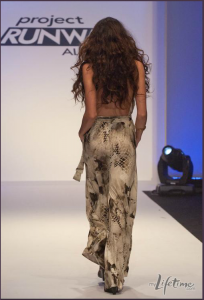 This one looks pretty safe! 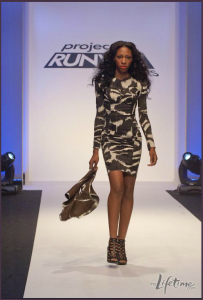 Oh wait, it has no back either! 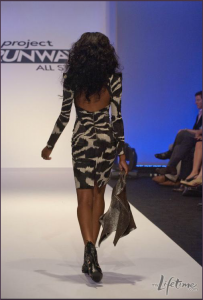 Here’s an example of a frock by Mondo that is not bra-friendly: 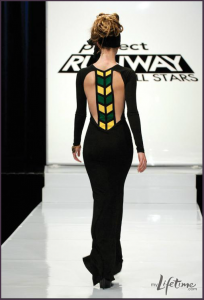 However, for every bra-unfriendly garment he created, there were plenty of bra-friendlies to make up for it. Here’s one look from the finale in which visible bra is part of the design: 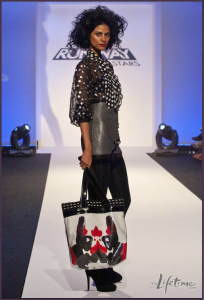 Though underwear-as-outerwear isn’t my style, it’s nice to see a designer incorporating underwear into a piece instead of designing exclusively for the less-endowed.

Additionally, while they may be hard to find, there are backless clothes out there that still allow for a bra. Halters with a slightly higher back hem are one solution. And here’s an actual garment from the brand Jealous Tomato that is essentially backless, but includes a thick strap across the back that could easily hide a bra (photos courtesy Ideeli.com): 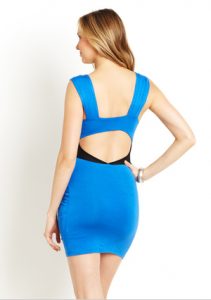 And the front, for good measure: 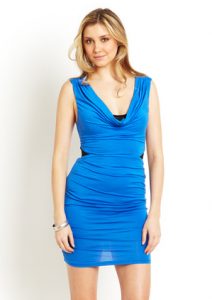 See? Why can’t more designers and brands try things like that? This dress is cute and interesting, and has back interest and lots of visible skin while still allowing for a bra. Plus the little bit of black makes it looked cinched in at the waist and the cowl neck is a best bet for a large bust. Perfect for an hourglass figure! Now if only it were a little longer…